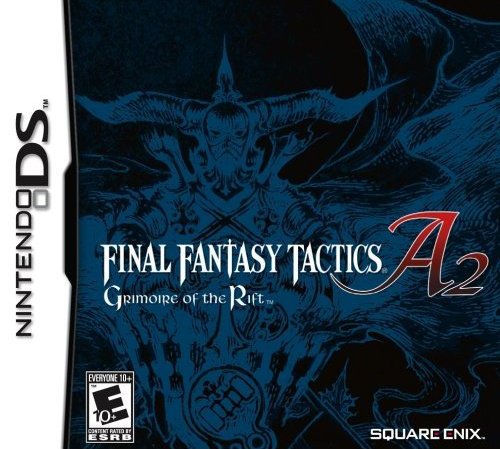 It’s not a total bust, of course. Grimoire of the Rift is a good looking game on a system that usually doesn’t have good looking games. The sprites representing various classes and races are crisp and clear. The spell animations and special attacks aren’t over the top, but they’re effective. There’s lots to see in Grimoire of the Rift, and it usually looks good. Battlefields and menus are where things don’t look so good; they’re cluttered and distracting. The music is fantastic, which is expected. Hitoshi Sakimoto has returned and has given us some beautiful creations. 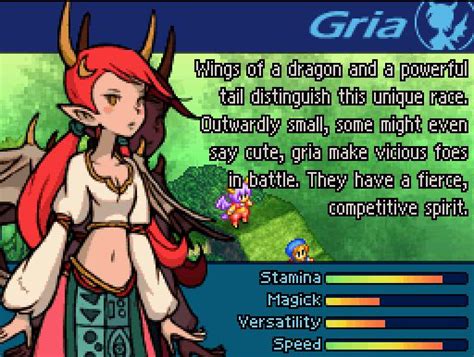 Ivalice is now furrier than ever. *sigh*

Grimoire of the Rift begins as most RPGs do. By which I mean, it doesn’t. Players take control of a rambunctious youth named Luso. The day before his summer vacation, Luso needs to clean the school library. Bitter about the fact that he’s missing a few hours of sweet summer time, Luso finds a book with half of its pages empty. Naturally, he writes his name in it as a prank. And, naturally, he gets transported to Ivalice. Luso joins the members of Clan Gully. If Luso can help his clan, then the clan will help him return home. In truth, I didn’t mind the premise. We’ve all seen it before, but if it’s well executed then a lack of originality can be forgiven. The issue with Grimoire of the Rift is that the story becomes lost in a deluge of side-quests. Luso and the characters he meets lose focus on the overall goal before you know it. This lack of focus caused me to not give a flying fig about what happened next. The writing was solid, but it came to a point where I was doing “similar but different” things over and over. I just wanted to see the next plot point. When I got to a plot point, it wasn’t worth the wait.

Still, with the right gameplay, any game can be seen through to the end. I’ve always subscribed to the idea that good gameplay can overcompensate for any game’s shortcomings. After Luso is transported to Ivalice, you will immediately take control of him and some units in a battle. Battles will feel familiar to anyone that has experienced a strategy RPG. You have small battlefields filled with squares where you move your units and perform actions. During one of their turns, you can have them attack, use an ability, use an item or wait. Battles tend to drag; even for the genre. The infamous Law System has returned, as did the turn-by-turn MP recovery. These restrictions prolong battles more. Little things, such as a fixed camera and more cluttered menus, add to the mess. I appreciated that the original Final Fantasy Tactics had combat that was both strategic and timely. I could get through a couple of battles in an hour. In Grimoire of the Rift, a seemingly simple took an hour. When a battle finally ends, you will be rewarded based on whether or not you followed the Law. Your most valuable unit will gain an additional bonus. 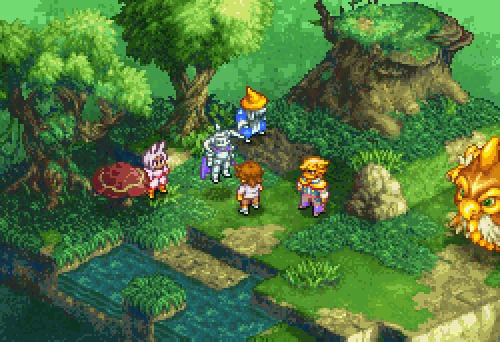 In most strategy RPGs, time outside of battle is used to organize your units. You take this time to equip them with new gear, experiment with new job possibilities, and/or tackle a side-quest or two. That’s all here in Grimoire of the Rift, and it’s as restrictive and tedious as it was in the first Advance. It’s also the tip of the iceberg. Remember the adage “enough is enough”? Well, it applies to all of the crap going on here. It felt like I was playing something from Level 5 instead of Square. The majority of the game is spent in side-quests. There lots of them. Like, hundreds. There are also Clan Points. There are alsoterritories to take over. There’s also a bazaar where you need to use loot to earn new goods in a shop. There is just too much stuff, and it gets piled on too quickly. Sadly, you need to deal with it if you want  your characters to keep pace with the enemies. Otherwise, battles last even longer.

Overall, 4.5/10 – It’s pretty. It sounds nice. But, it’s not fun to play. Final Fantasy Tactics A2: Grimoire of the Rift is the epitome of quantity over quality.