Get your gaze on in Demon Gaze. 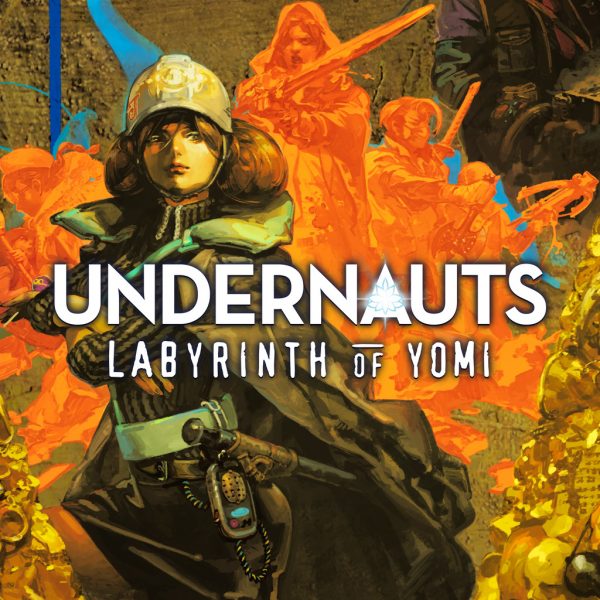 Undernauts: Labyrinth of Yomi is another game that I went into completely blind. However, the introduction gave me a sense of familiarity. Stylistically, it felt similar to two personal favorite sleeper hits: Death Mark and NG. Plot twist – all three games are from the same developer: Experience Inc. I had no clue their forte were dungeon crawling RPGs. Undernauts: Labyrinth of Yomi is a great, challenging, and oftentimes unsettling dungeon crawler that keeps some standard aspects of the sub-genre but manages to stand out with some fresh features.

From the moment Undernauts starts it’s clear the developers at Experience Inc. nailed one thing: atmosphere. Based on the limited information and media available, I had a feeling that the game would have a sprinkling of survival/horror atmosphere. There’s not a sprinkling; there’s a heaping helping of it. The game takes place in Japan in 1979. A massive labyrinth with a powerful energy source called argen appeared in the city streets. To excavate the energy, a conglomerate called the Yomi Corporation employs Japanese citizens from all walks of life. They’re hired as Undernauts: subterranean adventurers that are gifted special abilities to mine argen for hefty sums of yen. The downside to this gig is having to battle the deadly beasts that dwell within the labyrinth. Your character is in charge of the 99th Division and represents the Cassandra Company. Unfortunately, your first venture into the labyrinth ends in disaster. Your entire squad is murdered and eaten by a monstrous girl cloaked in red. After making it back and reporting your findings, your situation gets worse: the entire division is trapped in the labyrinth. It’s up to you to lead everyone out of the labyrinth alive.

Presentation is where the atmosphere really shines. The character art, monster designs, multiple levels of the labyrinth and all subtleties in-between look splendid. There’s a constant, haunting ambience that makes each new discovery equally exciting and terrifying. More times than not, there isn’t any music playing during dungeon exploration. This adds to the atmosphere. When the music does play it works for the situation. My only complaint is with the tune that plays when you enter the menu. It’s not bad; just repetitive. There wasn’t any need for it to play on a loop during the majority of the game. Since this is a dungeon RPG you’ll be spending a lot of time in menus.

Your first mission in Undernauts is to make it back to the base camp. Once there, your next task is to form a party from a variety of jobs. I kid you not: I spent at least two hours fine tuning information about my team that had zero relevance to the narrative. I was able to write my team’s history, pick their previous professions, and select from a slew of character designs. Others might not spend as much time as I did. One important thing to focus on is balancing your party with Undernauts’ job system. Like any good dungeon crawler, Undernauts features a variety of jobs. There’s the tanky Bulwark, the agile Ninja, the highly necessary Priest, and more. The great thing about Undernauts is that you’re able to redistribute your stat boosts and skill points (used to learn new abilities) at anytime with zero penalty. In other words, if a character isn’t working the way you want you can reset, tweak as needed, and try again. If you have a favorite spell or skill, then you can pump all skill points (earned from leveling up and from items) into said spell or skill.

Once your party is formed you’ll have to go through the various areas of Yomi while discovering the treasures and dangers within. Within each layer is a boss that holds a relic that somehow relates to the world outside of Yomi. By slaying these bosses and pilfering their relics, you’ll uncover more about the labyrinth and get one step closer to returning to Japan. It’s a solid formula that slowly reveals an intriguing and dark narrative. The only downside is the start. The story starts off with a bang. Chances are you’ll be anxious to see what happens next. Unfortunately, Undernauts’ early areas are brutal. Even with a full party, the enemies hit hard and will often kill members of your team after a couple of strikes. This means you’ll be going back to the base camp regularly to heal, revive, and regroup. Argen is used to revive your teammates. It’s also used to power up your gear. Having gear as powerful as possible is crucial to survival in this game. Levels and stats help, but not nearly as much as having top of the line equipment. It will take a few hours before your team is sturdy enough to explore more areas of the labyrinths. This ultimately means farming as much argen as possible.

A neat feature in Undernauts is being able to build doors, bridges, ladders, and transporters through the use of Yomi Flowers. Using these botanical beauties, your labyrinth exploration becomes even more engaging. Other Yomi Flowers can be used to clear enemies or prevent traps from causing damage. Otherwise, exploration is standard stuff for anyone that has played a dungeon RPG. The same can be said for combat. Your party will encounter a variety of monsters that appear in droves; eager to send your party back to the base camp. Combat is turn-based and easy to grasp. It takes a while for your teammates to find their groove whether it’s for dealing with random scrubs or massive, towering creatures. Boss battles are especially challenging in Undernauts because many of them regenerate thousands of hit points after a few turns. Naturally, they hit hard. To make matters worse there isn’t a spell that revives fallen allies and items that revive are both rare and expensive. Other than clever tactics that take full advantage of each job-type, what else can a party of Undernauts do? The answer is to use the Switch Boost. For one turn, your team can either act first, use any skill at the cost of zero magic points, or double their defense. It takes one round of combat for one of the bonuses to recharge. And, they will only recharge if you deactivate Switch Boost during that same turn. Switch Boost adds a lot of exciting strategy options to make combat even more engaging.

When I finished Undernauts after 40 hours, I was given the option to participate in some hefty post-game content. By that point I felt I had played enough and was ready to move on. Later, I did some research on other dungeon crawling RPGs from Experience Inc. My hope is that other games will be as enjoyable as Undernauts. As of this writing, I’m thinking my hopes will be realized – I’m currently in the middle of another Experience Inc. dungeon crawler that is just as addictive. The only downside is that it lacks the atmosphere of Undernauts. But! That’s a review for another time. For now, I’ll close by saying Undernauts: Labyrinth of Yomi has become one of my favorite dungeon crawler RPGs and my top sleeper hit of 2021. No matter how familiar you are with Experience Inc. or with this sub-genre of RPG, I highly recommend this title.

Overall, 9/10: Don’t let the rough start discourage you. Undernauts: Labyrinth of Yomi is an eerie and fantastic game that all fans of dungeon crawling will enjoy.