Mega Man X2 is forgotten, but not worth forgetting. 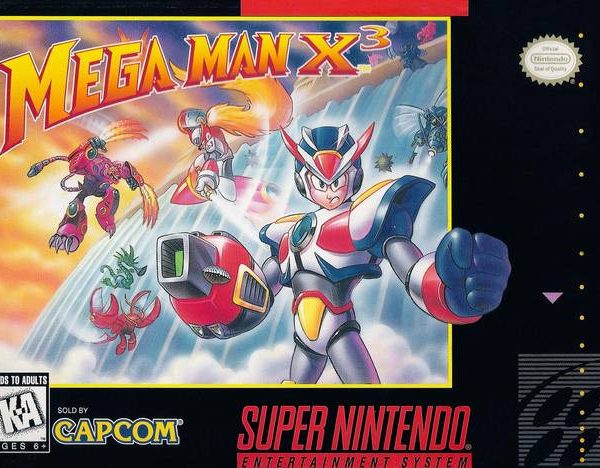 My favorite Mega Man X title on the Super Nintendo is Mega Man X3. It also happens to be one of the more expensive titles to own. Fans of Mega Man might be wondering if the price to own this title worth it. For me, the answer is yes. Mega Man X3 takes the tried and true formula from the first two games and adds some neat features to set it apart. There are various avenues you can explore in order to play this game; read on to find out why you should do so.

Mega Man X3 takes place after the events of Mega Man X2. Zero is back, X is still hoping for peace and new threats are starting to loom on the surface. A scientist named Doctor Doppler has created a device to prevent Reploids from going Maverick. Thanks to his discovery, he creates a utopia only for Reploids called Dopple Town. Of course, things don’t go well and it’s up to X to put a stop to Doppler’s shenanigans. Like the previous entries, Mega Man X3 takes a darker approach to its story despite the fact that the story is as predictable as ever. But, why would you play this game for its story?

The real reason to pop in Mega Man X3 is because the game is a blast to play. During the introduction stage, you take control of X who has retained most of his abilities from the previous titles. He can use his X-Buster to attack, dash, and kick off of walls in order to scale vertical terrain. At one point in the introduction stage, X gets captured and Zero takes the lead. For the first time in the series, you can play as Zero. The introduction stage gives you enough time to see that Zero has multiple charge shots and the same jumping/dashing abilities as X. After a certain point, you regain control of X. However, you can call on Zero at any time during the game. However, Zero only has one life so once he’s gone, he’s gone forever until a new game. Zero’s status also effects the ending events.

Luckily, X has plenty of heart tanks, energy tanks and power ups that he can find in the various areas of Dopple Town. In traditional Mega Man style, you will have to go through eight stages with a Maverick boss waiting for you at the end of it. When you destroy the Maverick, you will earn its weapon. In traditional X style, having the right power-ups and weapons will allow you to access hidden areas of the stages in order to find more power-ups. New to X3 is the ability to find four suits of Ride Armor, the ability to further enhance one of X’s parts (armor, head, X-Buster or foot) and the opportunity to face off against a variety of new enemies that will determine the final fights in X’s journey. In other words, Mega Man X3 offers much more replay ability than its predecessors. The amount of new content and the remerging of a classic formula makes this a worthy entry in the series.

In terms of graphics, Mega Man X3 looks exactly like the first two entries. There are some new enemies, some old ones, some borrowed ones and some that are blue. The new bosses range from intimidating to ridiculous. I don’t care how difficult he is; Volt Catfish looks like a pushover. Either way, it’s a great looking game. Unlike Mega Man X2, the fantastic music is now back and rocking and rolling. Tunnel Rhino’s area, Gravity Beetle’s area and Blizzard Buffalo’s area are three favorites of mine, but the entire selection of music is one worth a listen.

For its Super Nintendo swan song, Mega Man X3 did so many things right. But, as we all know, no game is perfect. Some of the new power ups aren’t impressive and the difficulty feels more ramped than other titles. But, with enough practice and perseverance, this will be another game fans of Mega Man can master. In fact, the biggest problem is finding the game at the right price. A copy of the SNES cartridge can cost nearly 200 dollars. The Mega Man X Collection is a potential option, but its version of Mega Man X3 is the Sega Saturn version. As a result, the controls don’t feel as tight and the music sounds odd. But, the newly added animated scenes are a nice bonus. Finally, there is the virtual console. No matter what you do, I highly recommend checking out this wonderful entry.

Overall, 9/10: I think my biggest problem with Mega Man X3 is the price. Everything about this game is fantastic and worthy of the X brand.