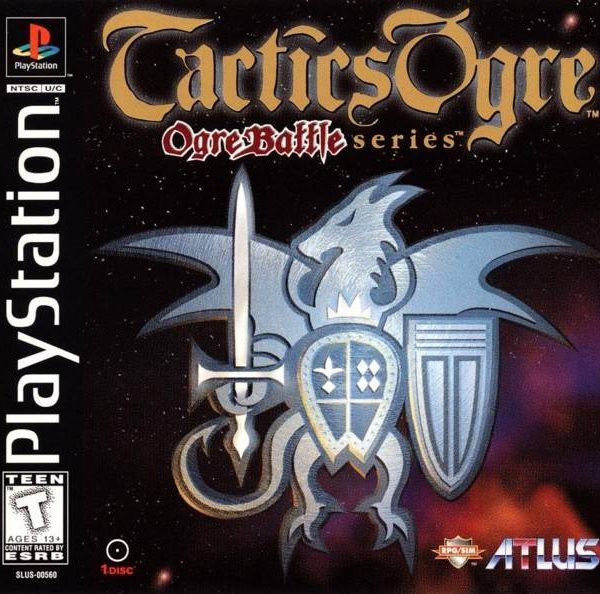 In 2011, I played the PSP version of Tactics Ogre: Let Us Cling Together on release day. The game had a strong start, a great narrative and some handy QoL features that made it simpler to experience the multiple story paths and endings. Unfortunately, it also had a leveling system that was obnoxious. In short, a new class (not character) would start at level one. Classes share experience points tantamount to Valkyria Chronicles. It would take hours for them to catch up with the rest of your teammates. This resulted in a tedious game that had all sorts of neat options but was more streamlined via relying on nothing only base classes to reach the end. Having finished the PlayStation version of Tactics Ogre, I find myself in a weird position. The story is mostly unchanged, but the script is filled with typos and errors. The QoL features are nowhere to be found. But, the leveling system is more traditional. So, what does this mean? Which version is better?

Tactics Ogre takes place in the kingdom of Valeria, which has established itself as a major trading port. A land always in strife, Valeria has three ethnic superpowers that are trying to claim the land for themselves. Some of the Walstanians, one of the ethnic groups, are forming an underground Liberation Army lead by Denim Powell, his sister Kachua, and their friend Vice. Tired of the oppression, they’re current mission is to rescue their leader Duke Ronway. Denim and his friends encounter a group of mercenaries that help them with their mission, but will the Duke have the solutions to finally bring peace to Valeria? Will the Liberation Army fight for justice or will they succumb to power? As Denim, players will get to decide the fate of Valeria. The story in Tactics Ogre is the game’s best feature. While certain parts of it are longwinded, poorly translated, or a combination of the two, the overall scope of the narrative features a variety of outcomes that can make the game worth experiencing more than once. Denim often has to make tough decisions that do more than just set you on a different course. It’ll determine whether some characters live or die, and it’ll impact the ending.

While you’ll spend a lot of time reading/watching the story unfold, you’ll be spending most of your time in the Edit Menu. The foundation of your team’s survivability, it’s here where you can equip your squad with gear, assign them magic, and perform a class change if they meet the right criteria. Denim and most of the non-story characters start as basic classes (males start as Soldiers and females start as Amazons) that can eventually change into more powerful ones. Other characters have their own, unique class. There’s the potential for lots of variety. Sadly, not all classes were created equal. If you decide to nurture one class for too long not only will that character be a disadvantage as they gain more levels due to stat boosts, but they’ll also be unable to switch to other classes.

But, the good news is that gaining levels is more traditional in this iteration of Tactics Ogre. When someone earns 100 experience points, they’ll gain a level. Furthermore, a Training Mode splits your team into two groups. This is a great way to earn extra experience without worrying about characters dying. In a regular battle, Denim’s death means a game over and anyone else’s death usually means you’ll never see that character again. A revive spell doesn’t become available until later in the game. So, Training Mode is a welcome feature. With some clever tweaking, you can set let the computer control both groups and come back to some high leveled characters. Whether or not you take advantage of this, you will want to spend time staying a few levels ahead of your foes. One level can make the difference in whether or not your teammates will survive. Tactics Ogre is unbalanced and earning experience is tedious, but at the same time, watching your team decimate the opposition is satisfying.

In fact, higher levels are one of the few things you can rely on in order to survive a good chunk of the story battles. After placing up to ten characters on the battlefield, you’ll get an objective. Usually, victory is achieved by slaying the enemy’s leader. Simple in theory, but the execution is usually more tricky. The enemy AI is smart, and more often than not you’ll be at a terrain disadvantage; a literal uphill battle. The order of movement is determined by speed. Once a character is moved, there’s no cancelling. Many enemies drop Tarot Cards when slain that will provide permanent stat boosts to whomever grabs them. Others drop exclusive equipment or spells. If you want to go for these, then it’s important to try to take out as many enemies as possible on the way towards toppling the leader. Battles can be especially tricky during the beginning of the game when you don’t have as many options in terms of classes and/or shop wares. More options appear over time, but Tactics Ogre remains a challenging title from the start.

After 45 hours, I saw one of the many endings and felt satisfied with the conclusion. It was satisfying seeing the results of my choices, but just as satisfying knowing that I was able to finish such a challenging strategy RPG. Despite its issues, Tactics Ogre had this pull on me that kept me wanting to see more of its story. There’s also a grittiness that isn’t found in the PSP version. Since both games look and sound about the same on the whole, I give favor to the PlayStation version since gaining experience isn’t such an ordeal. All that said, Tactics Ogre: Let Us Cling Together is a tough game to recommend no matter which version you select. To experience its great narrative, you’ll have to steel yourself for tedious preparation and grindy combat. Most importantly, be ready for the game’s unfair balance and enemies frequently having the terrain advantage. If you can handle that, then the PlayStation version of Tactics Ogre: Let Us Cling Together is worth checking out.

Overall, 7/10: Tactics Ogre has a tale worth witnessing, but playing through all of its trials and tribulations takes a lot of effort. Strategy RPG enthusiasts should inquire within.