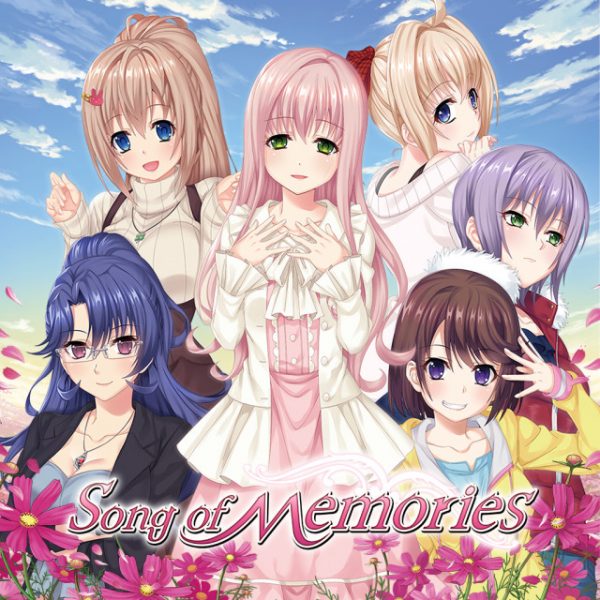 Have you ever played a game and wondered who the target audience was? That question went through my mind as I went through Song of Memories for the PlayStation 4. It started when the game was described as being more than just your average visual novel. Along with plenty of text to read, there are RPG inspired battles with characters that gain experience. Said characters use music as their weapon resulting in a rhythmic mini-game. I thought more about its target audience when I started seeing more and more of the game’s Emote engine in action. The question mark fully formed when the game started combining the imagery of lewd fan service with a serious narrative. The disconnect between the two was palpable. Similar to something like Blue Reflection, Song of Memories will appeal to a very, very small group of gamers. Are you part of that group?

Song of Memories takes place in the fictitious Japanese town of Utamami. You see the story through the eyes of Minato Kamishiro, an average highschooler who lives with his adoptive sister, Fuuka. For a while, Minato and Fuuka  have visited their good friend Kanon Hiikari at the hospital every day after school. Similar to the Kamashiro’s, Kanon’s parents passed away while overseas. Since Kanon’s condition is improving, Minato decided to have her move in with him and his sister. Minato now has a full house and  a full plate. Not only does he need to maintain a peaceful household, but he needs to maintain his friendships at school.

Does this sound familiar? That’s because it is. At least, it is at first. Song of Memories can be divided into two parts. The first is the usual visual novel fare: Minato goes through his daily life making choices that effect his reputation. With certain choices, the game could end before you know it. However, there’s a chance Minato could get locked into a route with one of five special girls. The writing, while sprinkled with typos, is great. It’s a bit cliché at times because you can tell how each girl will act the moment they appear on screen. But, it’s still a well-rounded cast of characters and Minato’s job as leading man works.

…and then, shit hits the fan. I won’t get into the details, but as Minato goes about his school days, clamor of something called the X-Virus trickles into the dialogue. During the second part of Song of Memories, there is still conversation with choices. But, the result of said choices can mean the difference between life and death. Or, to put it another way, the difference between the true ending and one of the multiple bad endings. This arc, no matter who your character of choice is, is an emotional roller-coaster. You’ll have to make tough decisions and battle enemies in order to survive.

That’s right. Song of Memories has battles. With monsters. And experience points. And level ups. They’re fun and, best of all, completely optional. During the second part of the game, there’s a chance you’ll run into monsters called Neoman. If you decide to engage them, then you will activate the super star holographic all-girl girl group called Dream For You, or D4U for short. One of the songstresses is chosen at random, and then you decide which of her songs to sing. As long as you have enough Song Points, you can get other members of D4U to join in. Each girl represents an element that has an opposition. So, picking opposing elements will result in a song with lesser power. After selecting these, you’ll have to time button presses as the song plays. Think of it as a lite version of Hatsune Miku. With the right timing, you’ll accumulate power. “Damage” is dealt when the song ends. Enemies will attack you, too. If you run out of life, then the game ends. Like I mentioned, the battles are fun. However, if you just want to carry on with the story, then you can skip them and automatically win. D4U will gain experience and new songs as they level up. This is a fun gimmick to an otherwise static genre.

Sadly, it’s hard to take it the good stuff in the narrative seriously because of the game’s presentation. The art direction in Song of Memories is usually quite beautiful. The character art is stunning and there are a variety of locations that serve as backgrounds. Characters appear in a familiar manner at first as fully drawn portraits. However, using something called the Emote engine, they move, react, lip sync, and appear more animated. It’s a neat touch, but it’s also distracting. Every female in this game is very, very well-endowed. With every movement, their chests move in a physically defying way. During crucial story events, things get even more nuts. Images will range from ridiculous to raunchy. Song of Memories is entirely voiced in Japanese. There are a boatload of fantastic vocal tracks in the game. When there isn’t any singing happening in the background, the regular music is sadly forgettable.

Like most visual novels, Song of Memories can last as long or as short as you want it to. To get a good ending with a desired character while reading at a normal speed, then you can finish in about eight hours. To get all of the trophies and secrets whilst continuing to read at the normal pace, then you’re looking at 40 hours. However, with the ability to fast forward through text and utilize an amazingly handy and detailed flow chart, then you can finish the game with the platinum in about ten hours. If you do check out Song of Memories, then exercise some caution. The game’s presentation, while usually lovely, will take perverted liberties that can make even the most steeled individual cringe. Unfortunately, that’s what Song of Memories will be remembered for. Despite it’s great cast and wonderful story, mentioning Song of Memories to someone that played it will bring back thoughts of pantie shots and gesticulating cleavage.

Overall, 5.5/10 – Song of Memories could have rivaled some of the greatest visual novels, but its mature imagery takes away from the most important part of the genre: the story.