Kirby and the Forgotten Land. The best Kirby ever? 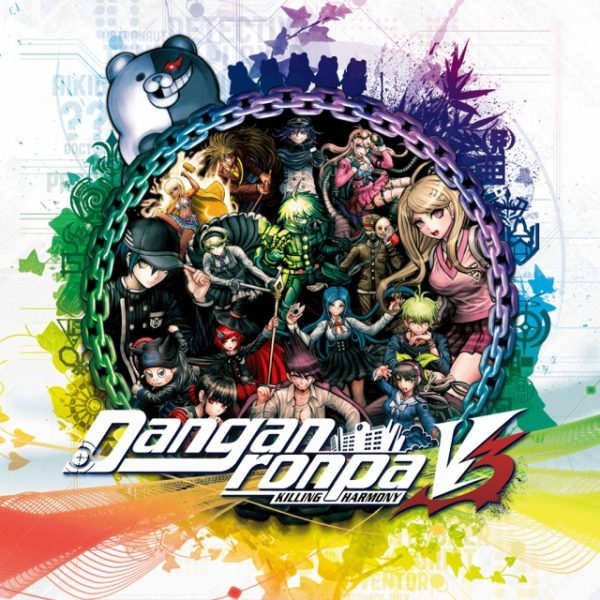 Hope. Despair. Monokuma. The Ultimates. The Killing Game. Class Trials. These and a heaping helping of twists and turns are the necessary ingredients for another entry in the Danganronpa series. That’s the case with Danganronpa V3: Killing Harmony. Sort of. I was excited to play the final entry of the series because, despite its middling gameplay, the stories have always been exciting. I eagerly went into Killing Harmony. Sadly, an overly long prologue and the introduction of some new villains drained a lot of that excitement. I was ready for the game to be over by the time I reached the fourth chapter. By the time I made it to the finale, the game had gone so far off the rails that I was tempted to just read about the ending. I won’t sugarcoat it: V3 is the worst of the main Danganronpa entries. It can be enjoyed in small doses, but the game’s bloated length makes doing so an issue.

The story has a familiar yet ominous opening. Kaede Akamatsu wakes up in a locker in an abandoned classroom. She has no recollection of who she is or how she got there. She does know that she’s the Ultimate Pianist, but that doesn’t help her much. That is, until, she winds up in a gymnasium and meets other Ultimate Students. It doesn’t take long for her and the others to realize that they’ve been trapped in a twisted world of murder and deception. Indeed, the infamous Monokuma pops out to tell them of their situation: in order to escape this school, someone needs to commit a murder and get away with it. Monokuma isn’t alone, either. He has “birthed” five Monokubs that will help their papa bear with making the killing game as fun as possible.

This setup should be familiar to anyone that’s played the first two entries. You’ll meet a cast of lovable and despicable characters that are the Ultimate Something. Some will gleefully participate in the killing game whereas others want to survive as long as possible. The story’s pacing can likened to a rollercoaster. Most of the time, you’ll be waiting in line to ride. But, when you hop on it’s usually worth the wait. That’s the case here. Every chapter has way too much padding. I ended up skipping chunks of the dialogue (especially when the Monokubs popped up – seriously, screw them) since much of it didn’t have anything to do with the murders. Indeed, these characters love to hear themselves talk. However, it’s usually worth cutting through the bloat to get to the good stuff. Unfortunately, a dividing twist in the first case and a ridiculous ending bring the story down.

Like the first two games, V3 is divided into chapters. The visual novel story telling and first-person exploration should feel familiar. During exploration, you can slap objects to earn extra coins to use in the school shop for gifts. Gifting your classmates will increase their affection towards you and unveil new skills that can be used during class trials. As the story moves forward, the classmates eventually happen upon a murder scene. Here, you’ll investigate and gather evidence in the form of Truth Bullets. Near the end of the game, the first-person aspect becomes more stressful since there are obstacles and time limits. The consequences for running into the obstacles or running out of time aren’t severe, but they do add some tedium.

Class trials are where most of the fun is had. You’ll take control of the protagonist and try to solve a murder through a series of mini-games. Classics such as Hangman’s Gambit and the Non-Stop Debate have returned. A new but frustrating mini-game called Psyche Taxi pays homage to classic racing games from the arcade era. During a trial, you’re armed with the Truth Bullets gathered from the investigation. These are used to prove theories and/or accusations wrong. The first trial will overwhelm players with tutorials, but the mini-games are easy to get used to. It’s a lot of fun to get to the bottom of the case and deliver closing arguments. The creativity of the murders has been greatly amped. A new feature in V3 is the ability to turn a Truth Bullet into a Lie Bullet. Sometimes, lying will redirect the trial back on its proper course.

Killing Harmony has the same aesthetic as the first games. 2D cutout characters inhabit the multitude of rooms filled with examinable objects. The academy is expansive and varied. Despite the circumstances, it has a welcoming look filled with plants and nice architecture. There’s a good amount of CG images tossed in during key story moments for good measure. The cut-ins of the characters during a class trial have the usual dramatic flash and style. The music is a major highlight. There are new and familiar tracks that are catchy as ever. The game features English and Japanese voice options. Both are exceptional.

I finished Danganronpa V3: Killing Harmony in about 22 hours. That might not seem like a long time, but it felt longer due to the many padded dialogue sequences. There are plenty of extras to keep you entertained after the main game finishes. Kind of like my opinion of it, the game was all over the place. It’s easy to fluctuate between numerical scores. Of course, if you enjoyed the first two games then there’s no reason why you wouldn’t find a bit of enjoyment in V3. It has the most issues and takes the series’ absurdity to new heights. However, it’s still worth experiencing. I’m glad I played it and that I got to see the series through to the end.

Overall, 6/10: Danganronpa V3: Killing Harmony has all the necessary ingredients for another entry in the series, but the way it mixes them together creates a mess.