Tales of Love and Hate.

The best Tales of Phantasia port that will never get the localization it deserves.

Play as Reid on the go! Tales of Eternia is an excellent port! 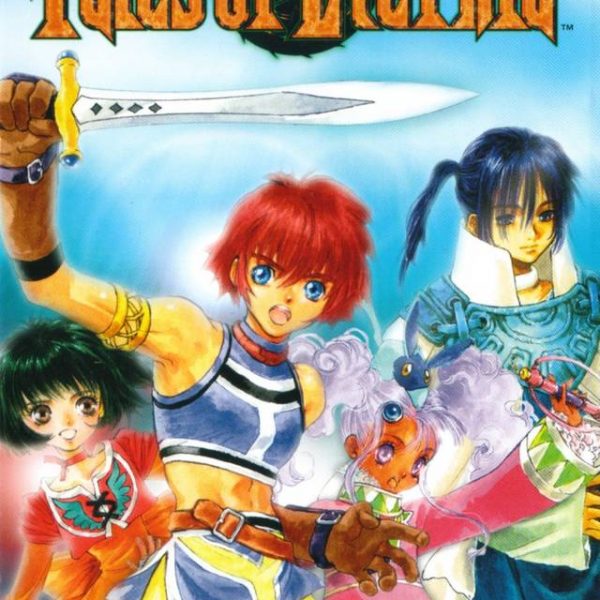 Author’s Note: This review was originally published on April 27th, 2006.

With the PSP being out for a while now, it’s no surprise that some games are getting a second chance for the portable system. One of these games is Tales of Eternia. Originally released in Japan on the PS1, then localized to Americans as Tales of Destiny II, Tales of Eternia received a European release for the PSP. Despite the extra cost of importing, I cannot recommend this game enough to PSP owners. Even if you aren’t familiar with the Tales series, it’s still a great title.

What makes it so great, you ask? Well the most important thing is the game play. Tales of Eternia offers a lot of stuff for you to do on and off the battle field. When you’re going through towns and advancing the story, you’ll find plenty of NPC’s to talk with. You can also find lenses by searching items. Get enough lenses and you’ll get a prize. Also, searching certain objects will reveal the Wonder Chef. You can cook foods in this game that restore HP, MP, and do other types of helpful things.

Practically each town has a mini-game for you to attempt. There is a magical version of dodgeball, a sushi eating contest, and even a sailing expedition around the world! There is so much to do in ToE when you’re not advancing the story line. However, when you are advancing the story you will have to traverse through dungeons. Where there are dungeons, there are battles.

Don’t worry though, the battles are a blast. Tales of Eternia features an active battle system with the ability to form high numbered combos. The default character you control is Reid. He can do slashes, thrusts, and jumping attacks. The basic attack he has is a three hit combo. Reid, of course, learns sword skills as he levels up his thrust and slash levels. Those skills learned via leveling up are special skills. When you use the right special skills enough, Reid will obtain sacred skills. These are basically combos of two skills. So if you’re playing as Reid, he is most useful by doing a three hit combo followed by a special skill followed by a sacred skill. You can create high numbered combos using this method. The other party members are controlled by the AI. Farah uses martial arts in battle, and also has some healing techniques. Meredy and Keele cast magic, primarily. Combine your attacks together and you can form some high leveled combos. The higher the combo, the more experience points you get at the end of a battle. Magic is learned through the use of Greater Craymels (summon spirits). After earning the trust of a spirit, you use an item called a Craymel Cage to fuse their elemental properties to Meredy or Keele. So, Volt, the lightning Craymel, will teach a thunder spell to whomever it is fused to. You can combine Craymels to create many types of spells. If there is a spell or technique you don’t like your team to use, you can just turn it off from the main menu. Chat uses status inflicting skills, and Max uses gun blasts to deal massive damage. All characters are unique in their own special way. The battles are fast, intense, and tons of fun.

Just as fun in ToE are the story and characters. Reid Herschel has just returned from a hunting trip when he sees his best friend Farah staring at the sky. After catching up on stuff, Farah mentions how the sky looks much more messed up than usual. Suddenly, a giant space ship crashes in the nearby forest. Reid and Farah find a young girl with dark skin, purple hair, and an orb on her forehead. The girl speaks in a new language that no one knows of. Who is this girl? Why is she on the world of Inferia? What is she trying to do? Rid and Farah will voyage with her to the edge of the world and beyond to find out the answer to these questions.

The story takes many unexpected twists and introduces you to some of the greatest characters ever in an RPG. All of them are unique, colorful, and have a great story to tell. Namco’s Tales series has always had some awesome characters, and ToE is no exception. Reid is very non-traditional as far as heroes go. He is laid back, loves sleeping and eating, and is just a hunter. I really like how he is rather reluctant to save the world. Farah is just the opposite and is all about doing the right thing. The rest of the cast is awesome and the entire setting of ToE is very imaginative.

The characters also look impressive, especially on the gorgeous PSP screen. The game has a very anime setting to it, with the anime sprites to match. The character sprites still express a lot of their emotions through anime thought bubbles, but they also have some body language in which they show excitement or anger. The characters truly shine in battle. They move with flawless motion and use some of the coolest looking techniques ever. The monsters have also been uniquely designed. I think that the backgrounds are the best thing, however. There are colors everywhere. There is more color in this game than the lower east side of Cleveland! The game’s towns and dungeons and everything really pop out and bring ToE to life.

Every game has flaws, however, and ToE’s comes with voice acting. The voice acting is down-right bad in every sense of the word. There are times when it’s believable, but for the most part they could’ve selected better actors and actresses. Music, on the other hand, was done very well. There are a few tracks that you may recognize from previous Namco titles, as well as plenty of new tracks.

Once all is said and done and the world is saved, you are treated to a spectacular ending. Playing again also allows you to try new things, maybe pick up some items you missed, and there is even two new modes of difficulty. On my second play through, I tried the game on Extreme mode…very difficult. I highly recommend playing again just for the difficulty experience.

I know that importing something isn’t everyone’s cup of tea, but I am satisfied with the purchase. Americans can’t rent this game because it’s only available in Europe. Therefore, the only logical conclusion is buying it from over-seas. I had so much fun with this game, and I am so excited that more people are able to experience the Tales series. Import this ASAP and get ready to recharge your PSP battery more times than you can count!