Bust a move in Bust A Groove.

Get your Mobile Suits ready for brutal combat in MS Saga: A New Dawn. 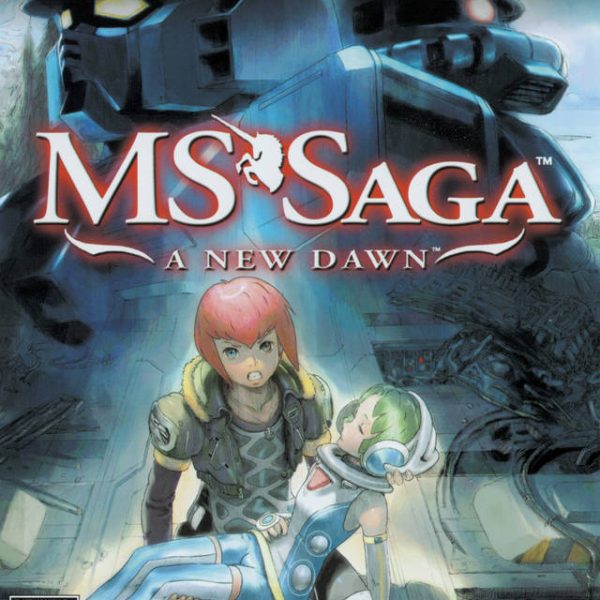 Other than Gundam Wing during the Toonami heyday, my knowledge of the Mobile Suit/Gundam universe is limited. So, I went into MS Saga: A New Dawn without any idea of what to expect other than a classically styled RPG with giant robots. I got that, as well as an unexpected difficulty level that could test even the most seasoned RPG fans.

After The Great Fall, a catastrophe that destroyed most of the earth, the survivors are slowly but surely rebuilding their lives. To do so, they need to utilize the same technology that caused The Great Fall in the first place: The G System. One survivor is Tristan, a scrappy but well-meaning orphan. Along with his lifelong friend Fritz, Tristan is heading towards a nearby G System hoping to create a Mobile Suit. They need one to seek and destroy a black Mobile Suit that decimated their orphanage. On their quest for revenge, Tristan and Fritz will meet a group of individuals that have their own agenda. And, of course, the fate of the world hangs in the balance. You won’t need any knowledge of the Gundam universe to jump into MS Saga. This is a completely original story and world with a lot of heart. Some of the dialogue has the cheese level turned to ten. Some of the characters are predictable just based on their appearance. But, it’s an enjoyable ride with just enough twists and variety that let it stand out from other PlayStation 2 RPGs.

At a high level, MS Saga looks like another RPG. There are towns, dungeons, and a world map. Looking closer, there’s more than meets the eye. Towns are fun because Tristan will separate from the rest of his party and get the opportunity to talk with them. They’ll give insight on the current situation and said insight changes from town to town. The NPCs in towns have plenty to say, too. There are two extra exciting things that come with entering a new town. One is finding all of the hidden passages and alleys that lead to hidden treasures. The other is getting the opportunity to shop and outfit your Mobile Suits. Tristan and his team can pilot a variety of Mobile Suits that come from Mobile Suit Gundam, G Gundam, Zeta Gundam and Gundam Wing. Every MS has a grid that can be filled by guns, melee weapons, attachments and more. The more powerful weapons require more space on the Mobile Suit’s grid.

You’re able to equip weapons at any time. However, further customization requires the use of the town’s Maintenance Counter. You need their services to equip Optional Parts, swap body parts, switch pilots, and upgrade a suit’s durability, attack, and mobility. Doing all of this is crucial. Your character’s levels slightly help. Your equipment slightly helps. But, the determining factor on whether Tristan and his friends can survive the challenges ahead is the time spent on customizing your units.

All of this requires money, and lots of it. You might think you have more than enough money at one point. A few seconds later, it’ll be gone due to all of the necessary upgrading. To add to this frustration, MS Saga makes the simple a hassle. Changing party members is a hassle. Changing optional parts is a hassle. Swapping around pilots between Mobile Suits is a hassle. These are basic things that would make the game move smoother instead of getting punctuated by constant trips back to a town or a G System.

Once you’ve finally finished upgrading your Mobile Suits and spent all of your money, you can head into a dungeon. Here, Tristan and his party hop into their Mobile Suits. Sadly, dungeons are a drag. Most of them look the same with the most complex puzzles involving pressing a few buttons. They also tend to outstay their welcome. They’re long and filled with both random and forced encounters.

Fortunately, the turn-based combat is mostly enjoyable. You can have three characters in the front and four characters in the rear. Every turn, you’ll select a command for your character to perform and watch the battle take place. With the Fight command, you can choose to attack with one of the Mobile Suit’s equipped weapons. You can also use a Technique at the cost of TP, defend, use an item, or perform a Charge. Charging lets you add extra EN, which is perhaps the most vital resource in combat. With EN, characters can perform Boost attacks that are critical to survival. Whether it’s unleashing a powerful attack or preventing area wide damage to your team, EN is necessary to get out of a boss battle in one piece. It doesn’t take long for the game’s difficulty to ramp up; the sooner you have your characters set up to have as much EN as possible, the better.

MS Saga is a good-looking game. Seeing the variety of Mobile Suits in action is impressive. Towns are bustling with life and color. Characters have unique designs. Watching your enemies explode as you delivers a flashy Boost attack is satisfying. There are even a few fully voiced cut scenes tossed in for good measure. The aspect of the presentation that is really surprising is the music. MS Saga’s soundtrack is excellent. There are various tunes for battles, towns, the world map and more. I didn’t expect an obscure game like this get such a quality soundtrack.

I also didn’t expect a game like this to be filled to the top with bonus content. Aside from spending hours on end figuring out the best way to outfit my team, a good chunk of the game’s 60-hour playtime was spent exploring secret dungeons and revisiting old areas to find new surprises. That time could have been extended even further due to a post-game dungeon. Personally, after dealing the final blow to the final boss, I was spent. MS Saga’s heft combined with its unexpected difficulty were enough for me to put the game away after the credits finished rolling. Still, I’m glad that I took a chance on MS Saga: A New Dawn. Those that enjoy RPGs and delight in the idea of creating an army of tower sized robots will find something worth playing. Otherwise, you’re better playing something else.

Overall, 6.5/10: MS Saga: A New Dawn will be the most appealing to gamers that are fans of Gundam and don’t mind some intense challenges.