Clannad is the visual novel for those that don’t mind hard work. 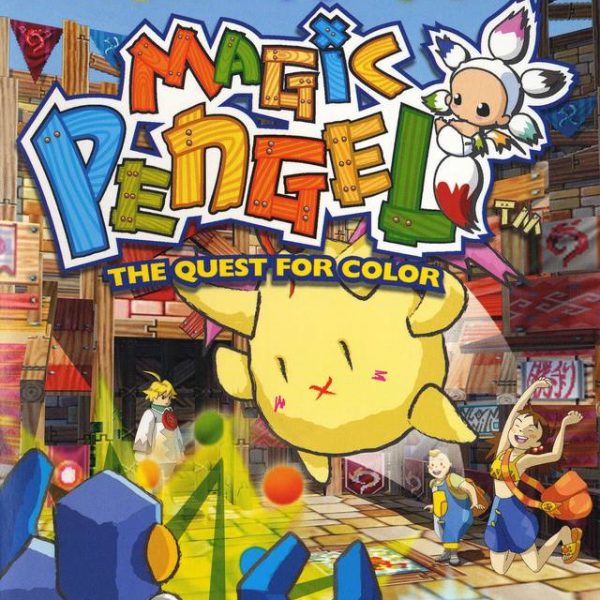 Monster simulation games like Monster Hunter and Dragon Seeds were never cup of tea. Obviously, there’s nothing majorly wrong with them, but I never liked it when my nameless character didn’t have much of a role other than taming, breeding, and training some sort of beast for battle in a game with close to zero story. I’m not even sure why I took a chance with Magic Pengel: The Quest For Color. I like to draw (poorly) so I thought that maybe being to mold my monster from my own imagination would be neat. It was, but it was still a tedious and unrewarding endeavor.

One thing where the game mostly delivers is presentation. The whimsical celshading style perfectly captures the game’s lighthearted atmosphere. I find the character art ugly yet comical, but again, the designs fit. Of course, there’s a sense of pride that comes with watching your Doodle (more on those soon) come to life and duke it out in battle with a variety of smooth movements and animations. The soundtrack is forgettable; not much to say about it.

The story is almost as forgettable as the music. Upon starting a new game, players learn that the world was devoid of color. The Spirit of Creation made four simple shapes using red, blue, green and yellow. These shapes became the sun, sea, land and wind. Following this, the Spirit of Creation created mankind and Doodles. Mankind could draw Doodles to fill the world with color. But as these things go, an evil king enslaved the Doodles. To stop the king…actually, it doesn’t matter. You’ll hear the rest when you start a new game. The cute introduction was a nice surprise, but the story mostly fades into the background after the first hour. You play as a silent protagonist that can create Doodles. You’ll meet other characters, some of which make their own Doodles, as you try to be the best damn Doodler in the kingdom so you can stop that aforementioned evil king. Character development is severely lacking.

The real draw (heh) to Magic Pengel is the ability to make your own Doodles to battle with others. Your MC befriends a sprite called a Pengel that acts as your mouthpiece, your assistant, and as your tool to create new Doodles. The Pengel is controlled like a cursor for drawing shapes and filling them in with shades and colors. If you have the patience and talent for it, then you can create detailed monster masterpieces. The operative word is, “if.” To my knowledge, the PlayStation 2 doesn’t have a peripheral controller that would allow one draw. This means you’re stuck drawing with the analogue sticks. It’s a cumbersome ordeal to using them to create your Doodles.

Your Doodle will be given standard RPG stats once you finish the design. You’ll get to see them in action in the combat arena. Combat functions like rock paper scissors. Doodles have three selections: attack, magic, and block. A fourth command called charge lets your Doodle recover some HP and deal more damage the following turn. Charge can only be used if attack, magic or block were used before. Also, no two commands can be used in a row. Combat is slow. It’s frustrating to lose since it means having to retry and rewatch battle animations. When victory is achieved your Doodles slowly become more powerful. You’ll also earn points for the purchase of pre-created Doodles, and extra abilities for making additional Doodles.

Magic Pengel isn’t a bad game by any means. It’s overflowing with creativity, and gamers that have equal levels of creativity will enjoy spending hours drawing the perfect Doodle. They’ll enjoy sending the Doodle into battle to earn more options for creating additional Doodles. Personally, I don’t have the patience for all of that because when all is said and done, Magic Pengel is still a monster raising sim. It’s just that the monsters come from your drawing skills.

Overall, 5.5/10: A gimmick for some, an artistic masterpiece for others. Magic Pengel: The Quest For Color attempts to put a splash of color on a tedious subgenre.