Klonoa 2 is cute and fun one second, annoying and repetitive the next. 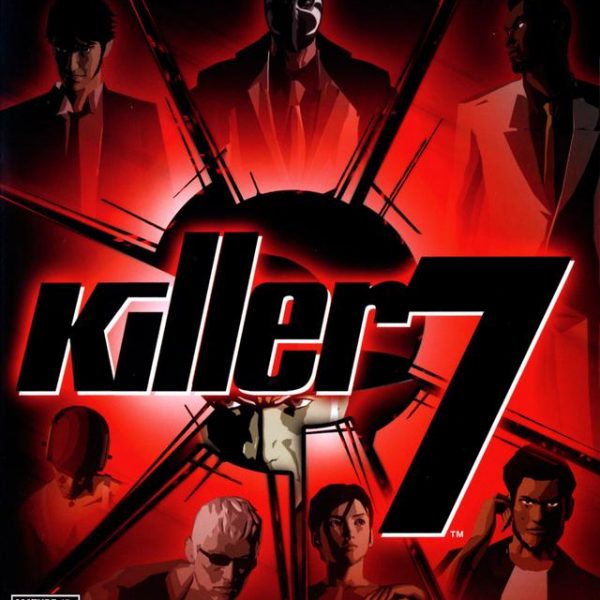 Have you ever played a game and thought to yourself, “This would be much better as a movie than a game”? It’s happened to me a few times; even with games that I enjoyed. For instance, I really enjoyed Vagrant Story on the PlayStation, but the steep difficulty and strict learning curve made me think that the tale of Ashley Riot would have been better off in a film. The situation is similar for The World Ends With You on the Nintendo DS. Suda 51’s first game released outside of Japan is no different. While playing Killer 7, I keep thinking how great it would be to watch the story unfold without having to actually play it. There is a fascinating, dark, and blood-soaked narrative in Killer 7 that requires you to play it in order to see it to the end. Whether or not you’re patient enough to do so is the question.

Killer 7 takes place in our world in a modern day setting. After a cryptic prologue, we learn that Earth has started to become a safer place thanks to the removal of nuclear missiles and the shutting down of air travel. Without weapons and the potential for disease and famine, thing seem to be going well for the planet. However, a terrorist group called Heaven Smile recently appeared at a United Nations conference and disrupted the peaceful efforts. Members of Heaven Smile are infected with a virus that creates an unhinged desire to kill. These enemies are unlike anything ever seen in the world. In order to stop this organization, powerful folks in charge have hired the Killer 7.

The Killer 7 are a group of deadly and remarkable assassins that report to a man named Harman Smith. While he wields a powerful sniper rifle, Harman’s wheelchair bound body makes him look more like a kindly grandfather than the leader of a group of killers. Obviously, there’s more than meets the eye with him because he is able to transform into the rest of the Killer 7 at will: Garcian Smith, Kaede Smith, Mask de Smith, Dan Smith, Con Smith, Kevin Smith and Coyote Smith. Each member has a unique weapon, history and unhuman ability. Harman usually lets Garcian Smith, a black man with immaculate style and a no-nonsense attitude take control of accepting missions. Aided by a bizarre entity in a bondage suit named Iwazaru, The Killer 7 is a powerful group. But Heaven Smile and their killer tendencies are just as powerful.

There are so many questions when Killer 7 begins. Who exactly are the Killer 7? Where did they come from? What’s the true goal of Heaven Smile? Why do the members of it have the desire to kill? These and so many more questions will be going through your head as you make your way through the game. Revealing the mysteries of Killer 7 will, obviously, require you to play it. It’s exciting to see this story unfold. The question is whether or not you’ll want to after learning how the game works. You take control of one of the members of the Killer 7 in a game that combines on-rails exploration and first-person shooting. You move the character forwards and backwards through various areas and at the end of most of these areas, you are able to select a new room to explore. While you have more freedom in exploration, you are still limited to moving forwards and backwards. It’s an interesting choice, but it takes a while to get used to it. During your exploration, you will hear the maniacal laugh of a Heaven Smile member. This is when you need to enter first-person mode. In this mode, you move your character’s gun as you attempt to scan the area for enemies. Heaven Smile members are cloaked until you successfully scan them. Most of them slowly make their way towards you. If they reach you, they’ll explode and cause severe damage. Using your gun you need to stop them before that happens. Shooting their limbs will cause them to not only slow down, but spray a white colored blood that is used to restore health. However, hitting them in their marked critical area will cause them to explode in an eruption of thick, red blood. This thick blood is used to power up the Killer 7’s abilities.

Each member has a unique weapon that has its own specialty, as well as their own method for puzzle solving. You can swap between them at any time. For instance, Kaede Smith is needed to shed her blood in order to reveal secret areas. Coyote Smith is able to channel Jill Valentine and pick locks like a pro. Other puzzles require the use of elementally themed rings found throughout the game. The puzzles are a highlight because they take away from the oddly designed combat and exploration. The problem with playing Killer 7 is that it’s just so damn bizarre and limited. This level of bizarreness leads to frustration. The Heaven Smile members are usually slow moving, but when a bunch appear on screen things can get hectic and cause your character to blow up. Garcian Smith is capable of reviving fallen members, but if he gets killed the game ends. This scenario will also happen in boss battles. Like most games, enough practice and perseverance will see you to victory. As mentioned earlier, victory will come down to you wanting to put the time in.

Thoughts on the controls aside, one thing is for sure: the graphics in Killer 7 are stunning. The cel-shaded presentation combined with a film noir look is one that I wish more games would try. For Killer 7, it works perfectly. Characters are beautifully animated and the Heaven Smile goons that come after you are as creepy as their laughter. Watching said goons explode in a fjord of blood never gets tiring. Iwazaru is as bizarre looking as his voice. There is so much of this elegant weirdness and it supplements the game’s look. The music is nothing spectacular, but there are some fun tracks. The music combines techno, pop, synth and rock. The voice acting makes up for it.

Killer 7 can be finished in about ten hours, depending on your ability to solve puzzles and your ability to acclimate to the game play. Once finished, you can access an even more challenging mode called “killer8” mode. Your reward for finishing this mode is the odd yet humorous “hopper7” mode. If you decided to see all of the modes and are up to the challenge, then Killer 7 could last much longer for you. As mentioned earlier, the great narrative in Killer 7 would have made the experience more fitting for a movie than a video game. This is made more apparent with its art style and voice acting. Playing Killer 7 is where it becomes a love it or leave it title. For some, fighting Heaven Smile will be worth the effort to see what happens next. For others, the story will likely be enjoyed in a different way that doesn’t require them to participate.

Overall, 5.5/10: The great presentation and captivating story are hard to appreciate in Killer 7 when the game plays in such an odd manner.