La Pucelle: Tacitcs. The story of the fierce hotty Prier who kicks ass and fights for love. You go girl!

Klonoa 2 is cute and fun one second, annoying and repetitive the next. 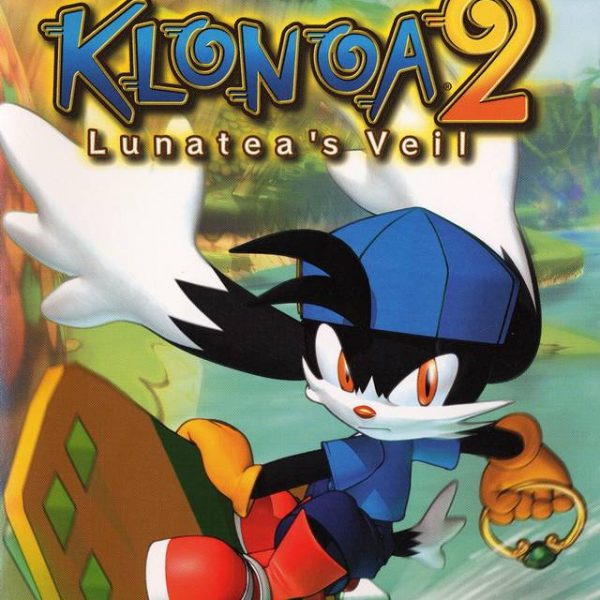 Author’s Note: This review was originally published on December 20th, 2004. At some point, I’d like to go back and replay the entire game again so I can wipe out this review and replace it with something that’s more accurate and better written. This is NOT a 5/10 game by any means.

Namco is, without a doubt, my favorite video game company. I won’t get into any reason why, but from my experience all of the Namco made games I’ve played have been fun. However, no game is perfect and Klona 2: Lunatea’s Veil is evidence of that. Don’t get me wrong, it was fun sometimes, but at other times I was getting fed up with falling into the same pit over and over again due to Klonoa’s controls. Anyway, just for a fun change of scenery, I’ll write this review on the things I liked and the things I hated. ^o^v

The thing I liked most of all about the game were the graphics. (GRAPHICS: 10/10) A good platformmer game requires colorful, vibrant environments in order to keep the player’s interest. Klonoa 2 definitely delivers on this aspect. The animation of the characters during the cut-scenes or during the game play is very fluid and animated very well. The colors of each area you explore are jaw-dropping and really give the game life. Klonoa will travel through an amusement park, a floating ark, and so much more awesome environments. The character designs, while simple and cute, are just as commendable. Klonoa’s ears are always moving in the direction of the wind, for instance, showing that Namco left out no detail in the graphics.

The net thing I liked about the game was the story. (STORY: 8/10) It takes place in the world of Lunatea, a realm that is kept in harmony thanks to the sounding of the four, ironically named, Harmony Bells. These bells represent joy, indecision, tranquility, and discord. However, a fifth bell of unknown origins is about to appear in Lunatea. As told by the prophet of Lunatea, Baguji the Wise, a dream traveler i.e. Klonoa, will appear in the time of crisis. Klonoa meets up with the apprentice priestess Lolo and her friend Popka in the Sea of Tears. Klonoa has no idea how he got there or what is going on, but he decides to take on a new adventure with his new friends and help out Lunatea. However, things won’t be easy because the air pirate Leorina and her side-kick Tat are out to cause trouble.

Obviously, this is a cute and simple story, however it does give a good message in the end. There are also a few interesting points in the story in which you learn the truth about certain characters. I thought that the story, for a 2D platformer with a long eared critter as a hero, was very well done. The only thing though is that the dialogue during the story tends to last too long for my standards. Maybe it’s because they talk so slow, or maybe it’s because you can’t change the text speed…I’m not sure but I just didn’t like how the story unfolded at times. But in the end, I really enjoyed the story.

The last thing I liked about this game was the music. (MUSIC: 5/5…I grade music and sound together) It wasn’t anything special, but I just really enjoyed listening to it. Each song was fitting to the area. While you were in a snow covered mountain, the music was very serene and calm. While in an amusement park, the music sounded like you were at a circus. No matter what location, it was fitting and enjoyable.

I guess while on the topic of music, I’ll talk about the sound. The sounds in the game were the first thing I didn’t like. (SOUND: 0/5) The main reason why was because of the noises that Klonoa and the other characters made when they were talking to one another. First off, I think it was in some crazy, made up by Namco type of language. At first I thought it was Japanese, but then I soon learned that was not the case. Unless I wasn’t looking hard enough, there wasn’t an option to turn the sounds off. The fact that the noises Klonoa makes when he jumps or shoots an enemy are the most annoying of all don’t make things any brighter. Well, just bear with it and try to listen to the fun soundtrack. After a certain point you will get used to it.

The next thing I didn’t like about this game were the controls. Well, I liked them but at the same time I didn’t like them. (GAME PLAY: 6/10) Klonoa really can’t do much. He can jump, and shoot out a Wind Bullet using his ring. When he hits an enemy with a Wind Bullet, he captures them. He can then shoot them at another enemy, or he can do a double jump and drop the enemy like it’s hot to the surface directly below him. If you hold the jump button, Klonoa can hover for a few seconds. It’s simple, but it works. However, it gets really repetitive, really fast. Even when you have a puzzle to solve, it’s not like it’s thought-provoking because of it’s simplicity. Then again, this game may be for a younger audience. On the other hand, there are some points in the game’s later stages where you will have to stay in the air for a long duration of time or outrun an enemy. There are some challenging levels in this game, but most of them are pretty straight-forward. Klonoa only gets three hits until you lose a life, and it’s also very easy to miss a platform because Klonoa really isn’t the best jumper in town. He’s got nothing on Mario! One thing that makes the levels a bit more exciting are the Momett Dolls. There are six doll bells to be found in each level. Find all 6, and you get a puppet. If you bring these to the right spot, you’ll get a special treat. After bringing them all to the right spot, I must say that the treat wasn’t that worth it. Then again, getting all of the Momett Dolls wasn’t too much of a chore anyway. Some of the levels in Klonoa have the long eared creature snow boarding down various terrains. These are fast, fun, and very exciting stages that I played multiple times just because they were so much fun. Finally, there are some awesome boss battles in Klonoa 2. While the concept of killing the boss is the same for most of them (throw an enemy at it’s weak spot) there are a few that will really challenge you. So when it comes to the game play, I loved it at times and I got annoyed with it at times. It’s just a matter of taste.

Finally, let’s talk about the replay value. Games like this are usually played over and over, but after I completed it, I was ready to move on. (REPLAY VALUE: 5/10) I mean, others ARE going to play this over and over. Once through for me, however, was plenty. I know the layouts of all the levels, and I got all the Momett Dolls, so what left is there to do for the next play-through? Not much. Which leads me to the next part…do you buy this game or rent this game?

I say rent it. It’s short, and can be easily completed in a few hours. Unless you plan on playing it over and over, there really is no reason to purchase this game.

So that’s the deal with Klonoa 2: Lunatea’s Veil. It’s a cute game with great graphics, but it can get annoyingly frustrating at times. If you want a platforming game, then this is a game to check out. However, it is pretty simple so don’t go expecting something intense and challenging.