Arslan: The Warriors of Legend.

Create your perfect world in Legend of Mana Remastered. 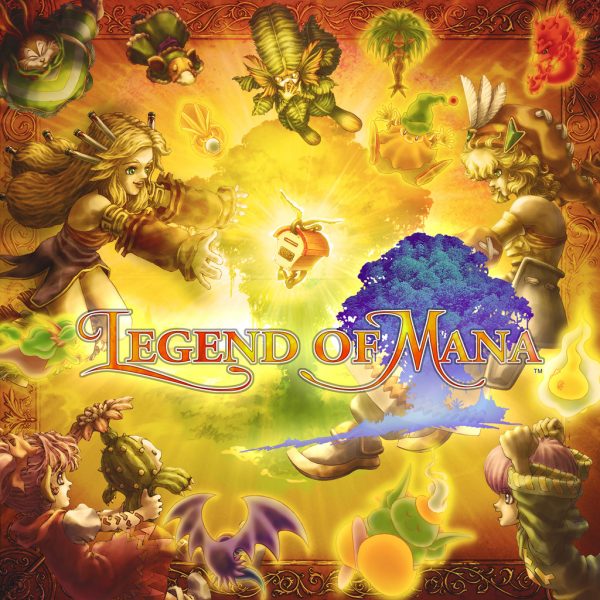 Legend of Mana took me surprise when I first played it years ago. As a fan of both Final Fantasy Adventure and Secret of Mana, I was hoping for more of the same with this third stateside entry after I popped it into my PlayStation back in 2000. Some of the expected aspects were there: The Mana Tree, eight elemental spirits, action packed combat, and a high fantasy setting. Otherwise, everything about it was far removed from both what I remembered about the world of Mana and what I was expecting. That said, I ended up loving the game to bits. The PlayStation version of Legend of Mana is one of the more polarizing RPGs out there. With the release of a remastered version, more people can experience this uniquely wonderful game and, perhaps, its polarization will be reduced.

Legend of Mana takes place in the world of Fa’Diel. Since day one, Fa’Diel has been through countless wars and struggles. Whether it was getting scorched by a giant dragon, consumed by flames of advanced technology gone awry, or leveled from failed magical experiments, Fa’Diel’s history has been filled with pain and suffering. Overtime, humans grew afraid to desire for fear of history repeating itself. To preserve the world, Artificers sealed Fa’Diel’s locations and events in magical items called Artifacts. Now, the Mana Tree is fearful of being forgotten. She reaches out to a new hero/heroine in a dream; begging them to find these Artifacts and rebuild the world of Fa’Diel.

Unlike other games in the series, the Mana Tree isn’t in danger of being used for ultimate evil. In fact, it’s already been used multiple times for the wrong reasons. That doesn’t stop the Mana Tree from wanting to be reborn. It’s an interesting premise. The unique thing about Legend of Mana’s story is that it’s divided into multiple sub-stories. The game is comprised of nearly 70 scenarios that (mostly) come together to reveal the truth about Fa’Diel. Some have you assisting a pair of mischievous but adorable sorcerers. Others have you explore the tragic history of the Jumi Clan, beings with jewels for hearts. And then, there are some that are as simple as helping a student at a magic academy acquire the right reagents for a science experiment or assisting a wimpy sahagin in taking down a monster in the desert. Your mileage will vary on this method of storytelling, but I always looked forward to the next scenario and seeing what new adventure awaited.

Legend of Mana’s gameplay is an interesting blend of open-ended and linear. The game starts with you placing an Artifact called The Mailbox on a piece of land. This transforms into your home. Afterwards, you’ll acquire another Artifact called Colored Blocks. Using this on the world map opens up the town of Domina. You’ll meet a lot of kooky characters in Domina. Many of them will give you the first taste of what to expect for the majority of the game: An encounter with one of the characters will unlock a scenario. You’ll assist them until the scenario comes to a close. As a reward for helping out, you’ll receive new Artifacts to place on the map. This in turn unlocks new places to explore, which means you get to open more scenarios. Finishing enough scenarios will grant you an Artifact that unlocks the final area of the game. This gameplay will take some getting used to. Also, there’s a lot of depth that goes into placing Artifacts that I won’t cover for the sake of review space. All of this might sound complicated, but it’ll become straightforward before you know it.

As you continue to recreate the world of Fa’Diel, your homebase will become a one-stop shop for a variety of activities. You’ll be able to raise faithful monster pets, construct golems, forge and refine both weapons and armor, create musical instruments imbued with magic, and grow produce from a giant tree. All of the characters, lands, Artifacts, monsters and more can be viewed in your home’s multiple encyclopedias. In other words, if exploring Fa’Diel gets too harrowing, then staying at home will provide you with plenty of distractions. Blacksmithing needs a special shoutout. The amount of depth and variety involved in making the perfect weapons and gear is through the roof.

Many of Fa’Diel’s locations are filled with enemies. Legend of Mana features a real-time combat system. Similar to its exploration, combat will take some getting used to. Your hero can equip one of ten weapon types, each with its own special, flashy techniques to learn. You can also have up to two special action abilities equipped such as jumping, backflipping, defensive lunging, and/or spinning. The aforementioned musical instruments can be used to cast magic. Each weapon has its own weak and strong attacks; stringing them together along with proper ability utilization will let you create combos. The special techniques can be used after a meter underneath your character’s portrait is completely filled. It’ll become second nature to send your enemies to the hereafter before long. A second player can join the fun by taking control of an NPC. I enjoy the combat, but I’ll be the first to admit that it’s not as smooth as it sounds on paper. That’s the bad news. The good news is that encounters can be turned off at any time in this remastered version.

My favorite features in this remastered version are the HD presentation and updated soundtrack. On the PlayStation, Legend of Mana looked and sounded out of this world and beyond all imagination. Now it looks and sounds better than ever. Character/monster sprites and portraits look sharp and crisp in their new HD setting. The character art by Shinichi Kameoka is still a sight to behold. But, the aspect that will make you stop and stare from the moment the game begins is the background art. No matter where you are in Fa’Diel, you’ll be enamored by the endless amounts of colorful details in each area. From the sandy Duma Desert to the seaside town of Polpota Harbor to the expansive mountains of Norn Peaks to the…I’ll stop. Seriously, this game is stunning. Enhancing the game’s fantastical look is an upgraded soundtrack courtesy of Yoko Shimomura. All of your favorites are back with new instrumentations fitting for a modern console.

Other new features in this remastered version include new mini-games, concept artwork, and a music library. One of Legend of Mana’s greatest features is its replay value. Finishing the game once doesn’t take long. A first time through could be as little as 20 hours. However, with all of its content and scenarios, the game can last hundreds of hours. The ability to turn off encounters means players can streamline the game in order to activate scenarios they might have missed the first time through the game. I know I’ll be going back for more. After crafting the perfect weapons and armor, I’ll be playing on higher difficulty levels so I can see all of the blacksmithing in action. Even if you don’t take advantage of all the game has to offer, Legend of Mana Remastered is still an enjoyable entry in the Mana series. Its approach to combat and exploration make it one of the most different games in the series. Sometimes going a different route and taking risks pays off. Legend of Mana was, and still is, proof of that.

Overall, 9/10: The trend of remastering classic RPGs continues. Creating your perfect world is more enjoyable and accessible than ever in Legend of Mana Remastered.