While fun, Cross Edge has a steep learning curve and severe case of Guide-Dang-It. 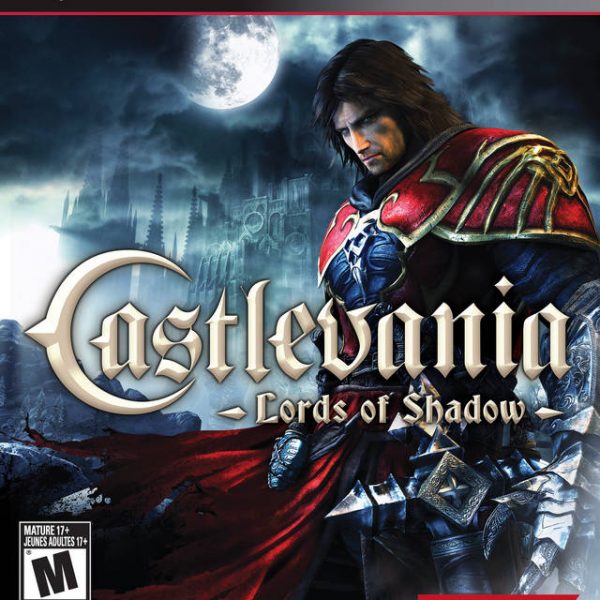 I’m a bit late in getting to this review, but I felt the need to finally lay down some thoughts on this game from a cherished franchise. Unlike most fans, the first Castlevania I completed was Symphony of the Night. I knew that series had been around for years, but Symphony of the Night combined the stats of an RPG, the combat of an action game and the exploration of an adventure game to make a memorable experience. Since Symphony of the Night, I have thoroughly enjoyed the cleverly named “Metroidvania” entries in the series. With Lords of Shadow, the creators at Mercury Steam and Kojima Productions decided to go with a new look, a new set of rules and a new scenario. It was a gamble that did not pay off. The soul of the series feels empty in Lords of Shadow for a variety of reasons.

One reason is the story. Lords of Shadow is the first entry in a reboot of the Castlevania world. That means Leon Belmont from Lament of Innocence has been erased from history in lieu of a new character: Gabriel Belmont. While he shares the last name from the famous vampire hunting family, no one in the entire games mentions the name “Dracula.” Gabriel belongs to a group called the Brotherhood of Light that fights against unholy and undead entities. Currently, the Lords of Shadow have caused the souls of the dead to either return as monsters or remain in limbo. Gabe is a solid member of the Brotherhood, but his wife gets brutally murdered by some creatures. With her soul unable to move to the afterlife, Gabe decides to leave the Brotherhood and find some artifacts that have the ability to resurrect the deceased. Despite this odd choice for the plot, Lords of Shadow is intriguing. One neat aspect of it is that it gets narrated by Zobeck, another member of the Brotherhood. That means you hear the story from his perspective and play the game from Gabe’s.

But, Castlevania’s stories have never been anything remarkable. The series has been known to throw in a few twists here or there, but the real reason fans keep coming back for more is to take control of a hero that usually wields a deadly whip and uses it to mutilate all enemies in the way. While this does happen in Lords of Shadows, something feels empty. Sometimes it feels like you’re playing every game under the sun except for Castlevania. For starters, Gabe lacks the grace and elegance of previous warriors in the series. Instead, we see a hulking, muscular man that looks like he’d prefer to wield a claymore instead of a whip. But, looks can be deceiving. Gabe’s whip (known as the Combat Cross) can be used to perform a variety of combos. As you defeat enemies, their experience points can be spent to learn new ones. You will also learn Light and Shadow magic on the journey that provide regenerative abilities and an increase in power, respectively. Finally, sub-weapons have made a return. So far, so good. Right? Unfortunately, the fun stops there. Gabe will spend more time using his whip to solve puzzles, spelunk and/or swing from hooks instead of fighting enemies. Combat is fun, but it happens in small doses in comparison to other titles. Boss fights provide more opportunities to try out new combos and use the whip like it was meant to be used, but these happen far too infrequently. Even worse is that some bosses are the size of skyscrapers. Usually referred to as titans, these foes sounds like they could be fun to battle. But, the fights against them play more like puzzles since you do nothing but grapple on them going from one “weak point” to another.

When all is said and done, Lords of Shadow feels more like God of War combined with Pitfall combined with Shadow of the Colossus. It’s fine when games take a hint or note from others, but Lords of Shadow fails at retaining the Castlevania image as a result of it. Like I said, it feels like you’re playing an entirely different game. Sure, there are zombies, skeletons and werewolves to kill. Sure, there are upgrades and unique ways to use the whip like we saw in Lament of Innocence. Sure, we (eventually) get to explore a massive castle. It’s just that none of it felt as fulfilling as the 2D titles or the 3D titles on the PlayStation 2.

The graphics in Lords of Shadow are great, although there are times too much activity on the screen can cause slow down. Gabe will explore a variety of areas before earning access to the castle. Despite the whip feeling like a God of War weapon, it manages to be look painful when it makes contact with an enemy. The enemies are vicious looking. I’m glad that the enemies were given a more bloodthirsty look. Still, I wish Gabe looked more like a vampire hunter instead of a barbarian. His voice actor, Robert Carlyle, portrayed him with more savageness than other heroes in the series. That said, Zobeck being voiced by Patrick Stewart as a fantastic choice. Hearing him narrate the story adds a level of class to the game. The rest of the music in Lords of Shadow fits with the mood of the game. The gothic style composition and the orchestra used to play it fits with the setting.

Castlevania: Lords of Shadow lasts about 20 hours. Gamers that wish to get more from the game can hunt for all of the power ups and participate in challenges. With plenty of combos to unlock and levels to explore, there is no doubt that Lords of Shadow is an ambitious game. The creators took a huge risk in attempting to revamp the series with a modern look and modern mechanics. The sad thing is that the risk didn’t pay off and we are left with a somewhat empty, lackluster title that is missing the foundation of the series. I’m not saying all games in the series need to be like Symphony of the Night, but they should still feel like a Castlevania title. I hope that future entries that use the Lords of Shadow setting take a lesson from this first game and make necessary improvements to bring positive changes to the next title.