Dragon Quarter shot for the moon and landed among the stars.

Experience fiends, ronin, and human anatomy in Blood Will Tell. 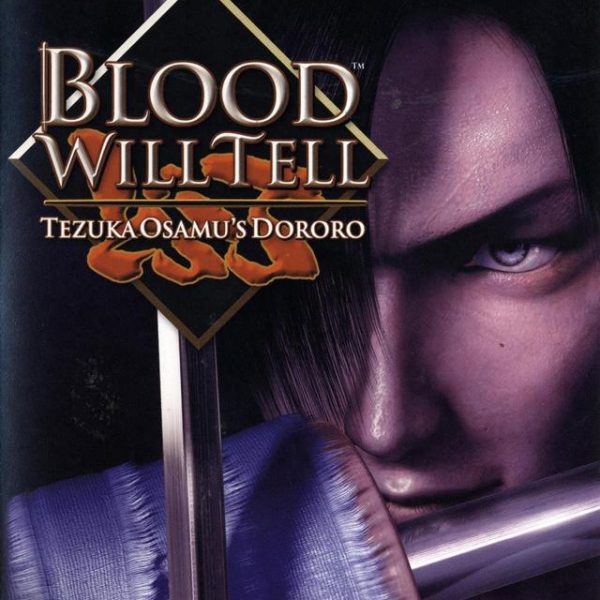 Blood Will Tell: Tezuka Osamu’s Dororo is a perfect example of hidden, gaming treasure. Based off the manga simply named Dororo, Blood Will Tell has been out for over a decade. Unfortunately, lack of press and advertising seemed to have stymied interest. This is a real shame because this is one of the most fun games I have played in a while. Now, copies of it are rare and those that are interested in playing it will have to hunt far and wide or be willing to pay a hefty sum online in order to share the experience.

Like I said above, Blood Will Tell is based on the manga by the legendary Tezuka Osamu. Taking place in a dark-fantasy version of ancient Japan, the game is about a man named Hyakkimaru. After he was born, Hyakkimaru had 48 of his body parts offered to ruthless demons by his father in an exchange for power. Instead of leaving him for dead, Hyakkimaru was sent down a river where he was saved by a doctor named Jyukai. Outfitted with metal body replacements and a strong will to live, Hyakkimaru grew up to be a powerful swordsman. After turning eighteen, Hyakkimaru learned that he could regain his body parts by destroying the 48 fiends that took them in the first place. Alongside the thief Dororo, Hyakkimaru will travel across an oppressed nation in order to reclaim his humanity. The original story was unique back in the 1960s and it still holds up to this day. Hyakkimaru, Dororo and the evil characters you meet on the journey will end up being an unforgettable bunch.

A blend of action, adventure and RPG, Blood Will Tell has a prologue and eight chapters. The prologue serves as a tutorial that lets you see what Hyakkimaru can do. A natural warrior, he runs quickly, has the ability to double jump and can strafe and evade in order to avoid attacks. Part man and part machine, Hyakkimaru can enter two modes of combat. The first mode utilizes his sword arms and relies on speed, cunning and combos. The square button is for quick attacks and the triangle button is for strong attacks. As his sword arms get used, they will level up and gain an increase in strength. New combos will also be learned. A machine gun with a set amount of ammo is hidden in one of his arms. Finally, his leg has a cannon that can be used to break walls and blast huge groups of enemies. This also requires ammunition. With the push of a button, you can enter the second mode of combat in which you use a pre-equipped katana. A large amount of swords can be discovered in the game, most of which provide positive benefits. Using a katana means Hyakkimaru’s speedy attacks get traded for more powerful but slower attacks. Again, the use of the square and triangle button will result in a variety of combos. The downside to using a sword is that you can no longer use your machine gun.

As damage is given and received, Hyakkimaru will gain an increase in spirit. Once it reaches maximum, you can unleash a Spirit Attack that can wipe out an entire army and/or can do significant damage to one of the many bosses. There are a scrolls hidden in the game that will teach him new Spirit Attacks. The most fun attack in Hyakkimaru’s arsenal is the ability to hack apart an enemy after stunning it. By holding the triangle button in either attack mode, he will charge his sword. If this charged attack connects with an enemy, you will be required to hit buttons displayed on the screen as fast as you can. The more hits you do, the more rewards you get from the enemy’s destruction. Rewards can be gems (used to create 1-Ups), temporary stat boosts, ammunition, recovery items or even a new sword.

Oh, but there is more, my friends. In some areas, you will have to play as Dororo. The self-proclaimed master thief has the same abilities as Hyakkimaru, but in lieu of swords and guns, there are fists and bombs to use. Normally, Dororo will follow Hyakkimaru and can be controlled by a second player or by the AI. As you can see, Blood Will Tell gives you plenty of options to dispose of the various fiends that run rampant throughout Japan. Boss fights are the best part of the combat. Most of the 48 fiends you need to kill are part of the story, but some need to be revealed by going back to previous chapters. These towering monstrosities based on Japanese mythology never hold anything back and you will be using all of Hyakkimaru’s abilities in order to claim victory. Once a fiend is killed, Hyakkimaru will regain one of his body parts and his statistics will increase.

As fun as the game is, there are a few set-backs. One issue is the camera. Usually, it cooperates with you. However, there are times that it will remain locked in place in an area in which requires you to hop on platforms. A misstep won’t result in a game over, but it does get annoying. Also, certain bosses move faster than the camera and it can result in unnecessary damage. Another issue I have is when the game decides to put you in a “non-lethal” battle. These require you to use your katana to defeat a swarm of human enemies. Unfortunately, Dororo will not help and you won’t have access to most of your abilities. It’s not a major flaw and these sort of battles aren’t common, but they feel unnecessary.

Blood Will Tell is one of the best looking PlayStation 2 games for a variety of reasons. The character models move well, look great and feature a huge range of emotions. Hyakkimaru and Dororo will fight a variety of menacing and intimidating looking fiends, many of which are based off of Japanese lore. While there are a fair amount of palette swaps, the monster models are still some of the most artistic I have seen. To go along with the macabre setting, the environments you get to explore are eerie. The sun rarely shines outside, the inside areas are depressing and the villages are always rundown. The FMVs that show Hyakkimaru growing back a body part are especially impressive. It’s a great looking game no matter what it is you are viewing. Sadly, the music took a backseat. In a sense it goes along with the atmosphere, but it’s not noticeable. The voice acting is a combination of hit and miss. The actors/actresses fit their characters, but half of their delivery is over the top. Also, for a game taking place in Japan, one would think that there would be an option to keep the original Japanese voice acting.

Hyakkimaru’s quest to reclaim his body parts will take about 10 hours, which is another flaw. Despite two endings and plenty of reason to return to older levels to find new fiends to demolish, Blood Will Tell ends too quickly. This short playtime might turn gamers off from seeking it. The game is relatively rare, but unlike other rare games, this one is actually worth playing. If you can find it for the right price, don’t hesitate to pick it up. There is plenty of action, a great story, more customization than meets the eye and lots of stuff to unlock after the credits roll. You can read an encyclopedia of the monsters and fiends you have encountered, watch movies from the game, check out concept art, and even play a mode dedicated to Dororo as you look for hidden coins. My time with Hyakkimaru might be over, but I easily see myself going back for more. If you happened to overlook Blood Will Tell: Tezuka Osamu’s Dororo like I did, I recommend remedying that and enjoying one of the best kept secrets on PlayStation 2.