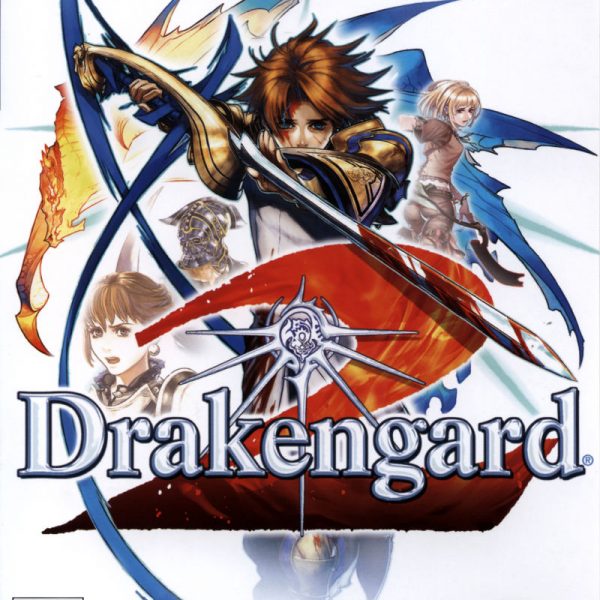 In 2003, I suffered through the all of the arduous game play of Drakengard. It wasn’t fun. But, the interesting thing about it was that its story was enough to keep me coming back. In order to see all of Drakengard’s dark, horrifying and twisted world, I was fine with going through the tedious motions and clunky interfaces. It’s rare to find a game that has a story that’s just that good. I was expecting a similar experience with Drakengard 2. Indeed, I went through the same tedious motions and clunky interfaces. Unfortunately, the story was never enough to serve as a proper reward. It had its moments, but Drakengard 2 is difficult to recommend to even the most dedicated fans of both the series and of Yoko Taro’s unique approach to gaming.

In fact, Yoko Taro’s handiwork is nowhere to be seen in Drakengard 2. While it takes place in the same world as the first Drakengard, it’s clear from the jump-off that this is a game lighter in tone and story telling. Taking place 18 years after Drakengard’s first ending, Drakengard 2 tells the story of a young boy named Nowe. Raised by a blue dragon named Legna, Nowe has just finished his training to become one of the Knights of the Seal. The Knights of the Seal protect the seals that keep the world’s balance. While his new job duties sound good on paper, Nowe doesn’t realize the lengths these knights will go to in order to protect the seals. This, coupled with his mysterious origins, could usher in an age of destruction or an age of hope to their world. The story is very by-the-books and predictable. Its enjoyable moments start to pour in near the end, but the journey to get to these doesn’t feel like it’s part of the Drakengard brand. Nowe feels out of place as a leading protagonist. Nowe wants to save the world. He wants to protect his friends. That’d be fine in any other game, but these characteristics make him feel like a fish out of water in the Drakengard world. One of his partners, Ulrick, feels more like a leading character. Nowe is joined by others as the game progresses. Aside from Ulrick, there is his best friend Eris from the Knights of the Seal, and Manah who played a critical role in the first Drakengard. Nowe interacts well with them, but he shows the best onscreen chemistry with Legna. In fact, I enjoyed the dialogue whenever Legna was on screen and divulging his wisdom.

One factor that added to said enjoyment was the voice acting. Everyone in Drakengard 2 was voiced with an English accent that adds to the setting. Every voice actor and actress did an excellent job giving the locales of this world more personality. Musically, Drakengard 2 is a step above the first game. You’ll be hearing the same tracks over and over, but they’re well composed. The theme song, Growing Wings, is an especially beautiful piece of music. Graphically, Drakengard 2 shows little to no improvement from its predecessor. The areas you explore are bland. Most of the enemies are generic creatures seen in mythology. Nowe and his friends have choppy, awkward motions. There isn’t much to get excited about here. It’s upsetting because Cavia usually delivers with their graphics. There are some absolutely gorgeous FMVs thrown into the story, but as expected, there are too few of these.

Drakengard 2’s biggest flaw is its game play. Game play is functional at best and exhausting at its worst. Once again, most of your time will be spent in combat in the air or on the ground. Prior to combat, you can set up your Grand Wheel with items, an accessory and weapons. One of my favorite features from the first Drakengard has returned: weapons have a unique history that gets revealed to you as they level up. There are many weapons to find, which is exciting. The unfortunate thing is that each weapon family performs the same way. Their only differentiating features are their look and their statistics. Nowe uses short and long swords, Eris uses spears, Manah uses rods, and Ulrick uses axes. With so much variety and history to each weapon, it’s upsetting seeing them use the same combos and magic spells. You can switch between characters instantly, but each character uses similar functionality. The square button is used to perform standard attacks, the triangle button is used to perform stronger attacks, and a combination of the two yields combos. Magic is used with the circle button. Characters can jump, guard, dodge, and roll to evade damage. The camera is problematic due to enemies moving much faster than it. But, enough button mashing and a generous experience system will usually be enough to get you out of any situation. Usually. Some enemies have a knack for breaking out of a combo and performing a special attack. Since the controls aren’t as tight as other action games, you won’t be able to guard on time. As you can imagine, it’s frustrating when your combo chain is interrupted by an enemy’s poke.

Aerial combat is more varied, but still drab and, often times, unfair. Legna moves well and can dodge attacks, but enemies are relentlessly pelting him with projectiles. His lock-on attacks aren’t as powerful as his standard ones. It’s recommended to use his standard attacks because enemies that get defeated by these have a chance of dropping breath spheres. Breath spheres provide Legna with powerful attacks, but their biggest issue with them is that they can’t be stored. In other words, if you pick up a breath sphere, then you need to use it before getting another one of a different color. Legna can be called upon during some of the ground missions to scorch enemies below him or use powerful Dragon Drives. As characters defeat enemies, they’ll earn experience points and level up. Weapons will level up and grow in power. Legna’s form will change as the story advances. In essence, all of the features from the first Drakengard have returned. While slightly improved, it’s still the same level of tedium from before.

And, unfortunately, the story can’t provide enough justification to keep going. Drakengard 2 has multiple endings, but unlocking them means having to replay the entire game from the start on a higher difficulty. This was low blow; Drakengard’s handling of multiple endings was done properly. It’s a shame that this feature, which was one of the few worthy of praise, was not given to the sequel. Reaching the first ending can take anywhere between 15 and 20 hours. Along with the chance to see new endings, finishing the game unlocks some special features such as new weapons and a movie player. I think Drakengard 2’s best feature is that it exists. Since the first Drakengard played so poorly and featured such a gruesome narrative, I was surprised to see a sequel. In later entries, I hope we see more of the madness and mayhem that let Drakengard stand out in its own way.

Overall, 5/10: Even if you enjoyed the adventures of Caim and Angelus, Drakengard 2’s dull hero, bland environments, and slow story combine to form a tough recommendation.