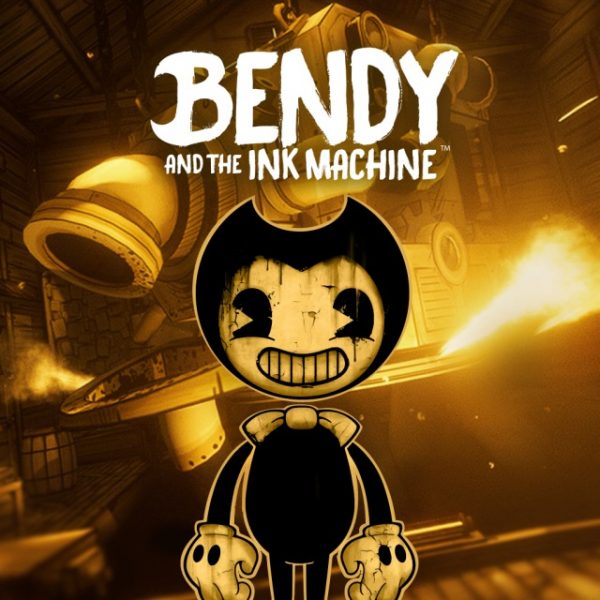 One of the shows I used to watch back in the day was a black and white cartoon featuring a lovable character named Bosko. With his girlfriend Honey, Bosko would go on silly adventures and get portrayed in different roles or occupations. It was an endearing toon that reflected a special period of animation referred to as “rubber hose animation.” It’s clear that Kindly Beast, the developers behind Bendy and the Ink Machine, were inspired by it. With that classic art style as a backdrop and survival-horror themes, Bendy and the Ink Machine looked like it would be a unique game. It was unique, but being unique doesn’t always mean good. In fact, Bendy and the Ink Machine is one of the worst modern games I’ve played.

You play as a retired animator named Henry Stein. Henry received a letter from his old friend Joey Drew asking him to head to their old animation studio. Apparently, there’s something important down there. The studio is run down and littered with memorabilia of Bendy, a devil-like character created by Joey. At the center of the studio is a giant mechanism. Henry activates it and causes gallons and gallons of ink to pump through the studio. As Henry goes further in, creepy happenings occur. Henry isn’t alone. A bunch of tape recordings scattered throughout might reveal what really happened and what Joey wants Henry to see so badly.

There’s no denying the Bendy and the Ink Machine has a strong start. Being put in Henry’s shoes sounds like a terrifyingly good time for fans of survival-horror. An abandoned animation studio plastered with ink and filled with monstrosities? Sign me up. The beginning moments of the game are when the game shines the brightest. But, after you finish the first of the five chapters, things slowly decline. The story isn’t bad, but there’s nothing scary about it. There’s nothing that makes you want to route for Henry, either. You’re just there and trying not to die.

And gee-golly-gosh, Henry will die. Over and over. Given the survival-horror genre, that’s to be expected. But in Bendy and the Ink Machine, it happens so often because the game plays so poorly. To add, death has little consequence due the way checkpoints activate. Dying repeatedly in a few hits (Henry is a frail individual) doesn’t do anything other than act as a hindrance. Bendy and the Ink Machine is played in a first-person view. The game features a terrible camera and poor controls. This unholy trinity is a nightmare.

Outside of walking, Henry can’t do much other than pick up items, walk faster, and jump. Similar to Haunting Ground, Henry will often be stalked by an unkillable beast and need to hide. Sometimes, he’ll get weapons that he can swing against his foes. “Combat” is terrible. Enemies have insane reach, but Henry has to get within dry-hump radius to actually land a hit. Most of the items Henry acquires are used for solving puzzles. But, the puzzles are similar to fetch quests and have him move from one end of an area to another while trying not to die. There are a few boss battles thrown in which are disastrous because of the above mentioned unholy trinity. All of this becomes apparent after the first chapter ends.

Other than hoping things improve in either the gameplay or story areas, why would anyone keep playing after the intro? For some, it might be due to the game’s presentation. After all, one of my favorite things about survival-horror are the scary beasts you can encounter. Yet again, Bendy and the Ink Machine fails. Every enemy encountered looks as silly as the era its trying to portray. The majority of the game is displayed in sepia tones. It’s a neat look at first, but the lack of variety causes redundancy. Music is repetitive or non-existent. The game is fully voiced; everyone sounds fine for the most part. Henry sounds bored – like he doesn’t want to be there.

Actually, Henry and I have that in common. I didn’t want to be in Henry’s shoes due to how miserable the experience was, but my stubbornness caused me to see it through to the end. I finished Bendy in about six hours. After the game ended with a stupid finale that didn’t wrap up or explain a damn thing (an attempt at the game designers being “edgy and/or different”, I guess) I removed the game’s data from my console, ejected the disc, and proceeded to donate the game to a library. The game was so bad that I would have felt guilty for trading it in to a game store. I’ve played some bad games in my life. Bendy and the Ink Machine is one of them that is so bad that it plummet beyond badness.

Overall, 2/10: There are thousands of games, survival-horror and otherwise, better than Bendy and the Ink Machine.