Avan needs detention, suspension and a hammer to his face.

Avoid the overpriced. Pick up Valkyrie Profile: Lenneth in order to experience one of the greatest RPGs of all time without breaking the bank. 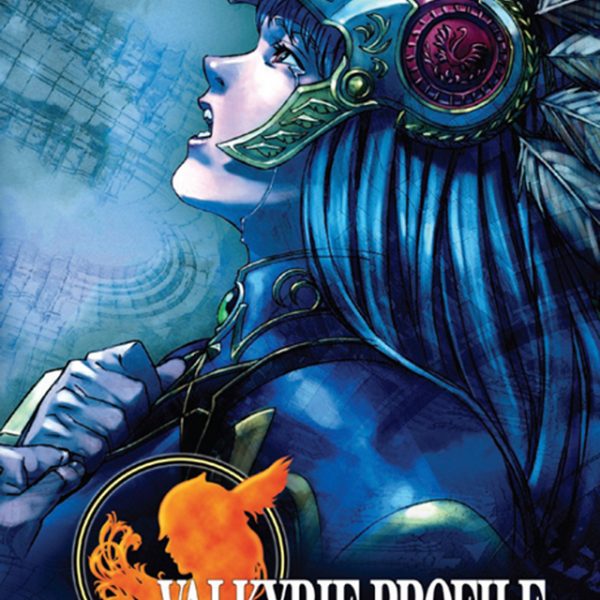 Author’s Note: This review was originally published on September 28th, 2006.

PSP owners, RPG fans, and all of those in-between who missed out on the first release of Valkyrie Profile and wanted to try it can finally celebrate. Thanks to some of the wiser people at Tri-Ace and Square, gamers can play this game once again and NOT have to worry about paying out of the you-know-what for a new copy. Valkyrie Profile: Lenneth is a fun game and although marred by a few flaws, it stands as one of the best PSP games out.

After the introduction, you learn that you are to play as Lenneth, a mighty Valkyrie destined to claim the souls of departed warriors for the lord of all gods, Odin. The gods are at war, and they need Valkyrie to recruit strong warriors for their army. However, Ragnorak is approaching and Lenneth needs to hurry and accomplish her mission before Valhalla is finished. To accomplish this, Valkyrie travels to Midgard, the mortal world. Here, she focuses her thoughts and listens for people about to perish in battle. When you arrive at the location of said person, you will watch a scene and that character will be yours. You are then required to train this character in the game’s many dungeons. Once they are strong enough and have the right skills, they are to be sent up to Valhalla.

The story sounds repetitive, but it’s a very fun type of repetitive. Furthermore, the mechanics of the game sound confusing and since no one likes to read a lengthy instruction manual, you may find yourself confused and over-whelmed at first. No matter what, stick with it. This is an amazingly designed system. One of the coolest things about this game are the unique character’s and the final moments they share with you before they die. It’s very exciting to see who you will recruit next, and how they ended up becoming a member of Lenneth’s party. Unfortunately, when their swan song is over, you don’t see much of them for the remainder of the game. With the main character, Lenneth, you learn all about her only if you perform a series of tasks in the correct order to un-lock a special ending. If you do this, you will be treated to one of the greatest plots in an RPG.

Once you have recruited some characters, it’s time to train them. This is where the dungeons and the exciting battle system come in. The battles are turn based battles, with a bit of strategy to them. You have three fighters in the front and one mage in the back. Each button on the controller (triangle, square, x, and o) corresponds to a character the way they are lined up. So the back character will be under the circle command, and so on. When it’s your turn, you press just one button and the assault begins. The button pressed will cause that one character to do one attack. Then, you can press the rest of the character’s buttons to continue to assault the enemy. Each character has three attacks at most, with the exception of the mage who has one. By utilizing these attacks properly with all characters, you can make a bar fill up in the corner of your screen. If it fills to 100, you’ll get flashing message to do one characters special attack. By pressing a button, that character will do their special attack for major damage. Each one is different and TOTALLY cool. By using all of these correctly, you can build up tons and tons of damage with combos. With mages, they have a variety of spells they can learn with spell books. When they are equipped with special weapons, they can do a big magic attack for tons of damage. The battles are great. I love entering dungeons and kicking the crap out of my enemies with my massive combos. However, don’t think for a second that this is an easy game. At times, the enemies are very difficult and if you don’t know how to assault them properly, they will take care of your team with ease.

Besides traveling around the world recruiting characters and fighting in obscure dungeons with tricky traps and puzzles, there are other things that you can do in this game. There are a large variety of skills that you can learn, first and foremost. At every level up, you earn CP, which you spend to increase the level of skills. Also, by solving the afore-mentioned puzzles and completing other tasks, you earn Event Points. These are experience points that you can use on your characters for quick level ups. Another thing you can do on the world map or at a save point is use Materialize Points to acquire new items and equipment. There are no shops in the game. In fact, you won’t find a speck of gold. You get MP by doing well in each chapter of the game. If you fulfill requests made by Freya, she’ll reward you with gifts and MP. Freya will then instruct you on what type of warrior they need, and that begins the new chapter. All of this STUFF may sound really confusing at first, but after you play the first chapter you will get used to the way the entire game plays.

In terms of the graphics, these are gorgeous. The character sprites are detailed and come to life on your PSP. They have plenty of color and thanks to their character portraits displayed in dialogue sequences, you see their emotions. The spell effects and special attacks in battle are awesome to behold. The fields are all in 2D. They are very easy to navigate through, but some of the dungeons will test your puzzle solving skills. The hand painted art styles are full of detail. My complaint comes with the monster designs. There are very little models used in the game. They are creative, but repetitive.

Everything sounds great, too. I don’t know why I wasn’t too big of a fan of the OST when I played this game on the Playstation, because now I really enjoy all of the songs. They range from depressing to exciting, and all of them fit the mood of the event going on and the Norse mythology setting. The same paean goes to the sounds, especially the high quality voice acting. The VAs for the character’s voices are so fitting, so well done that I have yet to find anyone who has a had a gripe with the acting. You will most likely recognize the voices from anime. These voice actors and actresses have experience.

If you were looking for new features added to the game play of the PSP version, then you are out of luck. In fact, the only change was the addition of high-quality FMV sequences. This is an exact copy of the Playstation game. However, by no means is this a bad thing. And, you can now take it with you wherever you travel! With various endings, a great battle system, gorgeous visuals, a mythological sound track, and so much more, Valkyrie Profile: Lenneth is an amazing game. If you missed your chance to play the original, now is the time to make up for that and play the PSP version. Sure, the learning curve might be a bit steep for some, but when you stick with it you will enjoy it and constantly come back for more. Pick up Valkyrie Profile: Lenneth, otherwise, “Oblivion awaits thee!”