Knights in the Nightmare is a cluttered, confusing mishmash.

Test your sanity in Call of Cthulhu.

The sleeper hit of 2021: Poison Control. 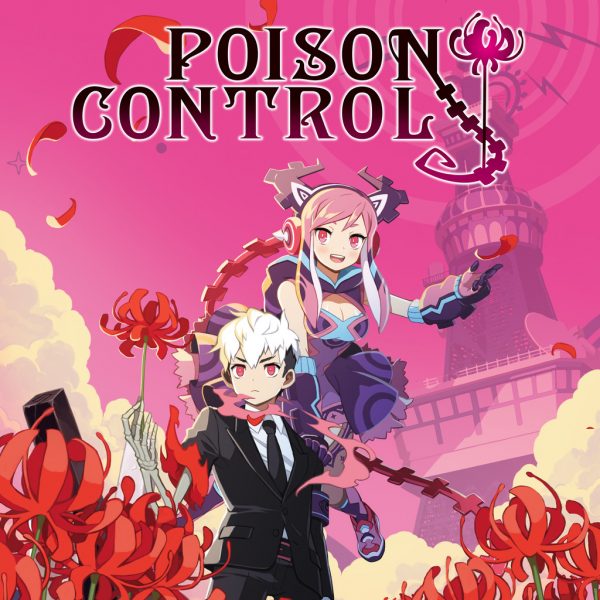 Going into games with zero knowledge is rarely a good idea. Nowadays, we have videos leaks, game streamers, previews, and demos that determine whether it’s worth it to shell out some hard-earned cash for a new game. I didn’t take advantage of any of that when I bought Poison Control for the PlayStation 4 (also available on Switch). Hell, I’m still not sure what compelled me to pick this up when I did. The good news is that I’m glad I took a chance because Poison Control is one of the most addictive and unique actions RPGs I’ve played in a long time. It’s not perfect, but it has a lot of new and neat ideas wrapped up in a story filled with humor and heart.

Poison Control takes place in a twisted, anime version of Hell. Your hero has somehow ended up there. He/she has no memory of dying, nor do they have any memory of what they were doing before their untimely demise. They’re woken up by what looks like a young girl with pink hair, stylish earphones, horns, and a long braid. Like your MC, the girl doesn’t remember her past. However, she does know that she’s a Poisonette: a maiden of Hell that partners with once-living beings that is tasked with purging Hell’s negative energy. Together, the two of you travel through various Hells created by the negative emotions and malice from young ladies called Belles. Guided by the radio hostesses of Higan Radio, you and the Poisonette will venture into various Belle’s Hells to eradicate monsters called Klesha and neutralize poisonous mires. If you work hard enough, you might be able to escape Hell and make it to Heaven.

It’s a zany story that has a lot more narrative and exposition than expected. The story already has a great premise. The Belle’s Hells are so varied that they each get their own mini story. With great writing backing the game up, Poison Control tells a tale that is fun, funny, heartfelt, and unpredictable. Expect to be surprised in as many ways possible. The DJs of Higan Radio were one of my favorite parts of the game because their banter back and forth was always hysterical.

Poison Control is a third-person action RPG. On the world map, you select a Belle’s Hell and begin the purging. You clear the area by either removing a certain amount of poison, defeating certain enemies, or a bit of both. Combat takes a familiar approach but has its own nuances. The hero can equip a variety of bullets called Toxicants and sub-weapons called Deliriants. They can also equip Antidotes and Catalysts to increase stats and add extra passive bonuses. All types of equipment, apart from the Deliriants, can be upgraded with money found throughout each area of Hell. Toxicant ammo is infinite, but it takes time to recharge after you fire the last bullet. Deliriants aren’t unlimited and cannot be upgraded. The combat is enjoyable and can get hectic. Enemies hit hard. Still, it’s never too daunting. Along with the hero’s equipment set up, there’s a useful dodge ability and a powerful super-move that slowly recharges over time.

The other goal that you’ll need to reach for clearing a Belle’s Hell is purging a certain amount of poisonous mires. Removing poison requires you to hold a shoulder button and run through the contaminated area as Poisonette. Purge time is limited; if you take too long than Poisonette will get pulled back. A nifty feature is that you can get extra bonuses (money, ammo refills, Deliriants, etc.) by moving Poisonette in an enclosed path. Purging poison is simple yet effective. It’s also addictive. “Just a bit more before I move on…” will be running through your head as Poisonette is running through the mires.

After a Hell is finished, you’ll enjoy more story beats and return to the world map. Sometimes during or after a Hell, Poisonette and you will get a chance to have a heart-to-heart. Your responses will raise Poisonette’s stats. When these reach certain levels, your MC will obtain new abilities. It’s nonstop fun, but there are some hiccups. My two biggest issues with the gameplay are hard to ignore. The first is the slowdown. When too many enemies arrive on screen and you’re frantically switching between Toxicants and Deliriants, the game will stutter and stall. During one play session in a very crowded Hell, the game stopped completely, and I had to restart the console. This invariably meant losing all my progress on the Hell I was visiting since the game lacks and auto-save feature. The other issue is the aiming. I don’t think there will ever be a third-person shooter that will please everyone. Poison Control comes close, but there are still issues with aiming, speed, and maneuverability. It’s most obvious when battling aerial enemies. It’s not a game breaker by any means but it does become frustrating getting knocked down because you’re simply trying to focus the reticle. To add, the auto target can only do so much.

Poison Control is a fun, stylish looking game with a lot of creativity tantamount to games like Jet Grind Radio or Bayonetta. There’s lots of color splashes, hovering objects, and variety. Every stage has some sort of theme that makes it worth the time to stop and admire the surroundings. The Klesha are unique looking enemies, and while there aren’t many monster alterations, they’re always entertaining to encounter and defeat. Even the bevy of bullets have their own quirks. This adds to the fun of finding your favorite set of Toxicants and Deliriants. Another aspect that really deserves attention is the music. The Poison Control soundtrack is fantastic. Every track is worth a listen; plenty of bops, beats, and bumps that make going through each level of Hell that much more enjoyable. Voice acting is Japanese only. This works since the game features Japanese characters.

Poison Control has multiple endings and a hefty number of collectibles, but it never overstays its welcome. I finished my hunt for the platinum trophy just shy of 25 hours. I may have seen it all, but Poison Control’s addictive gameplay (and the ability to fast-forward through dialogue) makes it an easy game to pop in, play for a spell, and move on to something else. As of this writing, I’m the only gamer I know that has had the pleasure of playing Poison Control. I’m not sure if its obscurity is from a lack of marketing or a lack of interest, but I’m glad I gave it a chance. NISA may have released the sleeper hit of the year. Even if “anime games” aren’t your thing, I still recommend looking into Poison Control for a fun-filled action game.

Overall, 8.5/10: A journey through Hell has never been so fun. Poison Control is stylish and off the wall but made with a heaping helping of sincerity.