Berserk and the Band of the Hawk.

Romancing SaGa 2 provides an incredible journey across hundreds of years.

Metroid Dread isn’t dreadful, but it will test your patience. 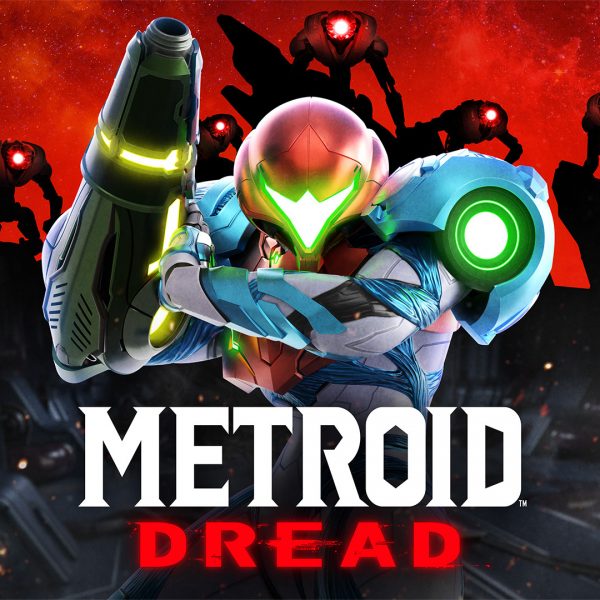 Metroid Dread is the eleventh game in the Metroid series that began in the 1980s. Metroid Dread is also the first game in the series that I played. Indeed, as much as I love the “Metroidvania” sub-genre – especially with the 2D Castlevania games – Dread is the first game in Metroid series I’ve ever sat down with. The series has always slipped under my radar for one reason or another. I still have mad appreciation for it. This is true even after my checkered time with Dread. This is a good game, but there are a lot of little frustrations that can accumulate to make a (sometimes) sour experience.

Metroid Dread features the awesome Samus Aran in another space-age adventure. The Galactic Federation learns that the X parasite has been spotted on a remote planet called ZDR. They send robots called EMMIs (Extraplanetary Multiform Mobile Identifier) to investigate, but lose contact with them. Shortly thereafter, Samus is sent to ZDR to investigate since she has an immunity to the parasite. It’s clear something strange is going on throughout this planet. Even without the X parasite running amok, hostile aliens and the variety of Chozo Statues indicate that someone or something planned for Samus’ arrival.

Planet ZDR isn’t a welcoming place, but it’s very pretty. The environments mix nature and technology to make a bizarre, alien world. Samus will explore areas filled with water, ice, lava, foliage, and more. There’s a lot of flora and fauna, but there is just as much steel and titanium. It’s a dangerous planet that looks damn cool. Samus looks as sharp as ever, too. She moves with the grace of a feline while blasting enemies into space dust. Aside from the bosses, the enemies aren’t as impressive looking. They’re just there to get zapped by Samus as she continues to explore the planet.

It’s clear that Samus has her work cut out for her. However, even starting out, Samus has a lot of options for combating the hostile aliens after her. She can fire energy bullets, use her limited supply of missiles, spring off walls, and deflect enemy attacks with a swipe of her gun. Successfully deflecting an enemy opens them up for a counterattack; killing enemies this way yields more rewards. That’s just the start of her arsenal. Overtime you’ll come across a grappling wire, a cloaking device, bombs, and much more. These abilities let Samus access new areas which progress the story and yield power ups such as more missiles and extra energy. Slowly but surely Samus will turn into a powerful space siren that can take on any enemy that comes her way.

Well, almost any enemy. Planet ZDR has its fair share of enemies. Some of these enemies are towering, hulking brutes that can be defeated with quick reflexes, pattern recognition, and lots of patience. But, there is one enemy that makes Samus’ time on Planet ZDR frustrating, unpleasant, and tedious. I’m talking about the aforementioned EMMIs. These cyclops looking robots were created to gather data from new lifeforms around the planet. To do so, they extend a prodigious probe from their head and extract the sample into their being. Unfortunately for Samus, these creepy robots are after her. They can sense her via sound and sight. If one finds her, then it’s lights out. Samus needs to hide from these enemies or you, the player, will get a game over. EMMIs are immune to all of Samus’ abilities. The only way she can destroy them is to reach specific areas, download a program to her gun, and blast their head.

So, what does this mean for the player? If you’re familiar with games like Clock Tower or Haunting Ground, then you’ll have some idea of where this is going. You need to do everything you can to avoid any sort of contact with the EMMIs until you reach said specific areas on the map to kill them. You can attempt to deflect an EMMI’s attack, but the timing is strict. The good news is that once you kill an EMMI, you’re rewarded with a new power-up for Samus and you don’t have to worry about facing that specific EMMI again. The bad news is that this process requires way too much trial and error to the point of ultimate frustration. I hadn’t seen a game over screen that much in a long time. There was no sense of satisfaction in eventually taking them down, either. Instead, it was a sigh of relief that I wouldn’t have to deal with that BS for a while. There were other issues in Metroid Dread such as Samus’ slippery movements and finnicky aiming, but the EMMIs were the most questionable choice.

Despite the multiple game overs and close-calls to throwing my controller at the wall, I still managed to finish Metroid Dread in about seven hours and with a respectable amount of item completion. The world was sizeable with lots to discover but I was ready to call it after the final sequences. It’s worth noting that Metroid Dread is a good game. It’s just one of those games that’s hard to appreciate in the moment because you’re constantly seeing “game over” on your screen. Looking back on it, however, it’s clear that a lot of work and care went into making this a solid action game in a series that birthed the Metroidvania term. I won’t be rushing to check out any more Metroid titles, but I’m glad I gave this one a go and I’m happy to see Samus back in the spotlight.

Overall, 7/10: Samus has her work cut out for her in Metroid Dread! It takes patience and quick reflexes to survive.