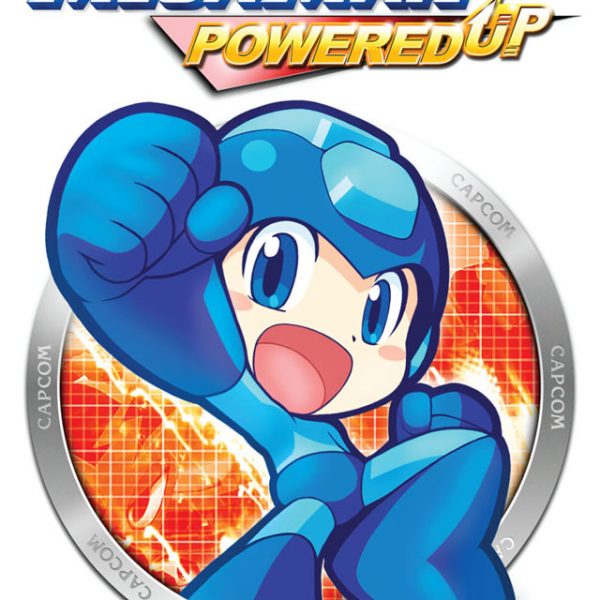 Mega Man’s video game library is massive. I consider myself a huge fan of all things blue bomber, but there have been a few titles that slipped under my radar. One title, at least until now, has been Mega Man Powered Up. I was turned off by its “cutesy” presentation and notion of being nothing more than a remake of the original Mega Man upon it’s release back in 2006. I’ll admit: I was a fool for writing it off too quickly. This is a great remaster of the game that started it all.

The nefarious Dr. Wily has stolen eight robots created by the good-natured Dr. Light. In order to stop Wily, the good doctor reprograms one of the first robots he created to become a fighting robot. This robot is Mega Man, a kind soul that doesn’t enjoy fighting but will do so for the greater good. Mega Man gets ready to head into battle to save his friends and put a stop to Wily’s devious deeds. Real talk: the story can be largely ignored. It’s nice seeing everyone have more characterization but skipping each dialogue sequence won’t hinder any enjoyment. But, if you do pay attention to the plot you’ll be treated to an adorable rendition of the original Mega Man.

Powered Up’s presentation can be jarring. This is especially true for those that come from playing Maverick Hunter X; a more stylish and “realistic” remaster of the first Mega Man X. But, it doesn’t take long for the adorable character models and charming voice acting to wriggle its way to your eyes, ears and heart. Beyond all of that cuteness, the presentation is clean and colorful. Mega Man moves well and his special weapons are fun to watch. The music features remastered tracks from the original. Again, the change is drastic, but I think it’s a good choice since it compliments the lighthearted tone of the story.

Don’t let Mega Man’s round face and cheerful smile fool you. This is still a remaster of the original Mega Man; a game that is still quite difficult. You control Mega Man on classic 2D planes. He can’t do much: he can run, jump, and fire his Mega Buster left and right at the multitude of enemies in his way. You’ll go through a variety of stages that hold a Boss Robot at the end. If you’re familiar with the Nintendo original, then you’ll recognize folks like Elec Man and Guts Man. The latter who, by the way, still has one of the most annoying stages in Mega Man history. Powered Up features two extra boss robots: Oil Man and Time Man. Oil Man was featured in an old Mega Man title exclusive to computers from years ago. Having this variation of him in Powered Up is a nice Easter Egg. When you defeat a Boss Robot, Mega Man gains their abilities. If you defeat the Boss Robot without using the weapon it’s weak against, then you unlock the ability to play through the entire game as that robot. This adds a ton of replay ability. If that wasn’t enough, Powered Up features a bevy of secrets to unlock and a surprisingly robust stage builder. There are a few stages that haven’t aged well (Guts Man’s stage included) and some of the challenges can become a frustrating endeavor due to the PSP’s controls. But, it’s hard to stay mad long. Even if he didn’t have that cute face, Powered Up’s controls are as tight as any Mega Man and give players that same rewarding feeling when they overcome a difficult Boss Robot at the end of a grueling stage.

Overall, 8.5/10: Super cute. Super fun. Mega Man has been remastered properly in Powered Up with classic side scrolling action and a fresh coat of paint.