Light up the Asteria Revolution in Demon Gaze II! 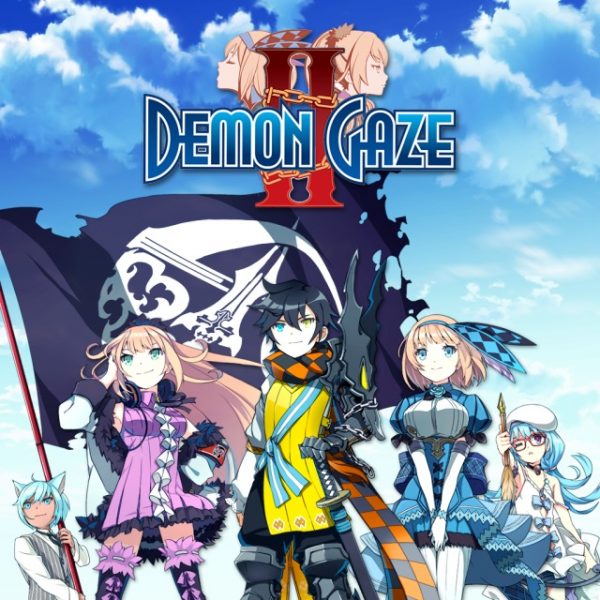 I’ve always felt that there was this unwritten rule about second games in a series (usually) being better than the first. I think of games like Arc the Lad II, Atelier Iris 2, Lunar 2, and many more – all excellent titles that do everything than better than the entries that came before them. Demon Gaze II from Experience and Kadokawa is another that can be added to this list. That’s saying a lot because the first Demon Gaze was solid in its own right. Not only is Demon Gaze II a fun game, but my biggest issues from the first game were addressed. If you liked the first game, then you’ll thoroughly enjoy this. A bonus is that you can hop right into Demon Gaze II without any knowledge of the events from the first game.

Demon Gaze II takes place in Asteria, a continent that is ruled by the corrupt Magnstar. An underground resistance lead by sisters Prim and Muse host The Overthrow Radio Show to spread the truth about Magnastar’s dirty deeds. Although they have a small following, they soon learn that they can turn the tides in their favor with the help of you: the Demon Gazer. Your eye’s gaze has the ability to turn Magnastar’s most loyal soldiers, powerful demons, into your allies. With your help, they might just be able to light up the Asteria Revolution and stop Magnastar. The story is great because, unlike the first game, every character that you encounter has a personality and background. You don’t form a party of generic recruits. Instead, you have a cast of well-developed characters that you can get to know. The supporting cast is just as enjoyable. Some familiar faces will make their return, but like I said, there’s no need to worry about continuity. You can hop right in and enjoy the tale from beginning to end.

The hub of Demon Gaze II is Stella’s Place, a tavern that hides the studio where The Overthrow Radio Show does its broadcasting. This is also where you can shop and upgrade your gear, rent rooms for your demonic companions, furnish said rooms, read about the different enemies you’ve encountered, and more. This is also where you set up your party. The Demon Gazer can bring up to four companions with him. Along with their unique personalities, each demon has a designated class. Pegasus, the first demon you meet, acts as a paladin. She’s able to tank enemy attacks and provide healing. Lepus is an archer that can snipe from a distance. Taurus is a heavy hitting warrior. By the time you finish the game there will be a slew of allies that join the Demon Gazer. Unfortunately, many of them join at level one. One nifty feature is the ability to perform maintenance on the demons via a simple mini-game. Performing maintenance unlocks dates. Going on dates with your demons grants both them and you bonuses.

Demon Gaze II has a nice, streamlined flow to progression. You’ll be tasked with finding a demon, heading to their domain, and besting them in combat. Afterwards, they’ll join the party. The majority of your time in Demon Gaze II is spent in massive dungeons. Most of them have some sort of gimmick. These include warp points, switches, side-missions, and more. The Demon Circles have returned, too. Once again, placing gem stones of various loot types will summon an enemy. Kill the summoned foes, and you conquer the circle and gain new loot. In order for a demon’s realm to appear, your team must conquer all the demon circles in the area. Combat is essentially the same as it was in the first Demon Gaze, but with some new and nifty features. You can access the Demonize feature to turn your demons into more powerful forms. Later in the game, you’re able to fuse with them. These actions consume the Star Gauge. This gauge gets restored whenever you land hits. As expected, combat is fun. Battles always move at a rapid pace. As characters grow in level, more and more options become available. The difficulty level can be changed at anytime, too. Best of all? There’s no need to pay rent whenever you return from a dungeon trek. Some nitpicks are the encounter rate can be a bit high at times, and the final dungeon’s difficulty spike is a shock.

Demon Gaze II’s look is an improvement from the first game. At a glance they look the same, but Demon Gaze II offers more variety with its character art, monster art, dungeon designs, additional movie sequences, and effects. Basically, Demon Gaze II has more “stuff” to look at. This is most apparent when you watch the demons transform into their more powerful forms. I played on Vita and things were as crisp and clear as expected. The music is another area that feels like it was polished up. Not only can you turn off the children’s choir background, but each track has more pep and snazziness. Voice acting, as per usual, can be either English or Japanese. And once again, both options sound great.

Demon Gaze II has a lot of content and story. Despite this, I was able to finish the game in just over 30 hours. That’s something else I like about this game: it doesn’t outstay its welcome. Of course, a sizeable amount of postgame content await those who want more. As for me, once through was enough. Still, there might come a point where I want to go through it again for missed trophies and/or new party set ups. All told, this game really surprised me. I had a lot of fun with Demon Gaze, but I wasn’t expecting Demon Gaze II to surpass that level of fun the way it did. In fact, I look at this as one of the best dungeon crawlers for those that are interested in these sorts of games but don’t know where to begin. And on the opposite end, veterans can ramp up the difficulty level for an intense challenge. Issues with a certain difficulty spike near the end and the constant lack of funds aside, Demon Gaze II is one of the most solid RPGs I’ve played in a long time.