Get those claws out and horns up. Bloody Roar 3.

Valkyrie Elysium is fun even if it doesn’t fit the expected profile. 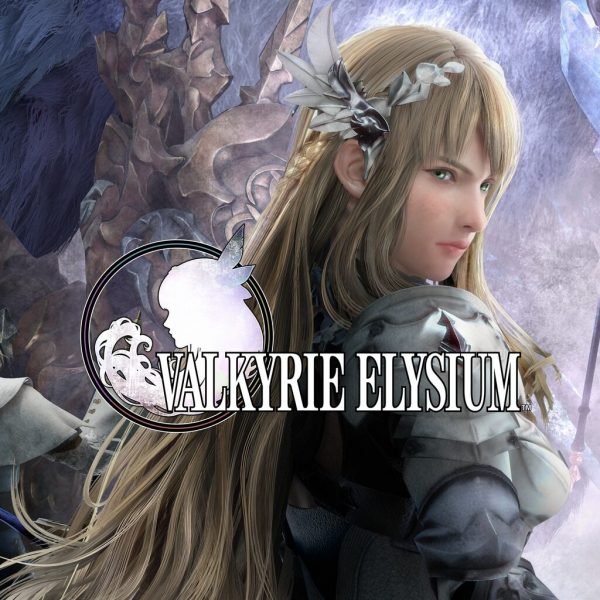 I’ll be honest. When I first saw footage of Valkyrie Elysium I thought it was going to be a low-budget button masher that was attempting to bank on Valkyrie Profile’s legacy. I never bothered keeping up with its follow-up announcements. I finally started paying attention to it after a friend of mine recommended the demo. I downloaded the demo figuring that I didn’t have anything to lose other than a few hours. The demo changed my mind on Valkyrie Elysium. I played through the demo’s available missions multiple times – probably clocking a good six or so hours. Obviously, I picked up the full game and enjoyed nearly every minute of it. This isn’t a game for people expecting the second coming of Valkyrie Profile. Instead, it’s for folks that enjoy well-designed action games. Having it take place in the Valkyrie world is just an added bonus.

In Valkyrie Elysium, the gods are at war once again. Unfortunately, it’s not because of the imposing Ragnarok. The battle between Odin and Fenrir has already caused Ragnarok to happen. Now only at a fraction of his power, Odin has summoned a new Valkyrie to assist him in gaining back his power and purifying the souls of the undead that remain on Midgard. The Valkyrie you take control of has no name. She’s just referred to as “Valkyrie.” But, as fans of the series know, there’s more to Odin’s Valkyries than meets the eye. But, only time will tell if her truth will be revealed. For now, she needs to follow Odin’s orders. This is nothing like Lenneth’s campaign where she has to send up the souls of fallen warriors to prevent the end of the world. Nor is it anything like Silmeria’s campaign where the thought of Ragnarok is preposterous. No, the end of the world has already happened and Midgard’s devastation shows that. All that remain are hordes of undead monsters, a few villagers barely scraping by, and the spirits of Midgardians that refused to pass on. The story is great. It has an epic set up and retains most of that momentum throughout it’s nine chapters. I’ve seen a lot of complaints about the story feeling rushed and barebones. I saw none of that and I went through the game twice.

Little bits and pieces of the truth of both Valkyrie and the world she’s fighting for will be revealed as Valkyrie fights her way through Midgard’s ruined landscapes. Side-quests shed additional light. You won’t be exploring familiar areas like Dipan or Crell Monferaigne. Instead, you’ll be exploring new parts of Midgard where you move Valkyrie from goal to goal. At the start of the game, Valkyrie’s array of abilities aren’t much to write home about. She comes equipped with a long sword, and while she can perform some impressive combos with it, it feels limited. Other abilities include blocking, dodging, jumping, and using her unique Soul Chain to reach new heights or pull herself towards an enemy to keep a combo going. Finally, she comes equipped with one magic spell (referred to as a Divine Art): Lightning Bolt.

However, it doesn’t take long for more options to open up all within the first chapter. You’ll soon discover that Valkyrie has three skills trees that increase her battle prowess: one for attacking, one for defending, and one for support. Then, you’ll find treasure chests that contain new Divine Arts. And then, you’ll be able to upgrade that starting sword with gems and unlock new combos in doing so. But wait, there’s more. After the first chapter, you’ll get a rapier which has its own unique set of combos. And by the time you finish second chapter, you’ll find Runes which can enhance your weaponry. Most importantly, you’ll get your first Einherjar.

The Einherjar in Valkyrie Elysium get just as much airtime and character development as Valkyrie. Remember how Lenneth would perform a Spiritual Concentration to listen in on the final moments of a poor soul that was about to lose their life? Something similar happens here in Valkyrie Elysium. Valkyrie will perform a Spiritual Concentration to locate artifacts that tie an Einherjar to Midgard. Finding the last one will cause the Einherjar to join Valkyrie’s cause. Your Einherjar can be summoned with the push of a button. And when you do so, man does this game become ten times more fun. Controlled by the AI and customized by you, the Einherjar will fight alongside Valkryie for a set amount of time. Also, since each one is tied to an element, Valkyrie’s weapon will be enchanted by said element. Any Divine Art that matches the summoned Einherjar’s element will also be reinforced.

Exploiting an enemy’s elemental weakness is the key to victory in Valkyrie Elysium: after exploiting it enough, an enemy will be stunned. This is the critical moment where you lay on the hurt. Bosses are similar. They’ll become immobilized after enough elemental damage is dealt to them. Once they recover, it’ll be some time before they can stunned again. Smartly defeating enemies and utilizing all of Valkyrie’s abilities will replenish her health, her ability use Divine Arts, and her ability to keep summoning her Einherjar. It won’t be long before you have an arsenal of weapons, Divine Arts, Runes and Einherjar. Certain side-quests tied to the Einherjar will not only reveal more about their time on Midgard/before their demise, but unlock new abilities for them. The action is always intense, sometimes button mashy, but ultimately enjoyable. When you finish a chapter or side-quest, you’re returned to Valhalla where you can talk with your Einherjar and get your next mission. There’s also an arena where you can practice fighting various enemies. If you want to replay a mission to pick up anything you missed, then you’re able to do that, too.

Valkyrie Elysium is a gorgeous looking game. From the tippy top of Valhalla to the lowest depths of Niphlheim, Valkyrie and her Einherjar will be exploring some beautiful areas. And when those areas are overrun with undead creatures, you’ll be happy to know that there isn’t any slowdown or lag. Valkyrie moves swiftly and stylishly as she cuts, smacks, burns, freezes, or zaps through hordes of enemies. Seeing her do her thing while her Einherjar provide their own support is a real sight. My only issue with the graphics is Odin’s appearance. He doesn’t look like an almighty god. He looks like a member of hair band in their golden years. Music and voice acting (multiple options are available as per usual) are also on point. Motoi Sakuraba returned to provide his talents in making a soundtrack that fits the game’s Norse Mythology setting.

I had a lot of fun with Valkyrie Elysium. But, there are issues. The sad thing is that these issues come from questionable design choices. For a modern game released in 2022, these shouldn’t have existed in the first place. Why can’t I pause cut scenes? I can skip them, but I can’t pause them. Why can’t I fast-forward or skip regular dialogue scenes? Why do I lose all of my progress if I decide to exit a chapter or sub-quest and return to Valhalla? Why is weapon proficiency such a stupid grind? Why can’t I exchange my surplus of gems for something useful? Or better yet, why can’t I buy items? Then, there are the more common issues like recycled monster palettes and a wonky camera. Camera problems happen rarely but when they do it can be dizzying. These choices make me question the thought processes during development.

But, in spite of all that silliness, I was able to make it through the game multiple times. In fact, it didn’t take me long to see everything and get a shiny platinum trophy. For those that just want to enjoy the story, you’ll be looking at 10 hours of game time. On the opposite end, you’re looking at 40 or so hours if you want to see everything that the game has to offer. Free DLC featuring one of the villains and the famous Seraphic Gate are on the horizon, too. So, even after you see and do it all, Valkyrie Elysium keeps on going. I’m glad, because it’s a fun game on the whole. If you’re going in expecting Valkyrie Profile for the new generation, then you’ll be disappointed. Valkyrie Profile fans will enjoy subtle references and nods, but the ones that will get the most joy out of this are fans of action games. Personally, I like both so this game hit a sweet spot. I do hope for a proper iteration of the Valkyrie Profile series (seriously – give Hrist her own game already) but for now, Valkyrie Elysium works as a nice intermediate.

Overall, 7.5/10: Valkyrie Elysium isn’t what fans of the series are hoping, but doesn’t stop it from being a fun game in its own right.