The last time I played a game in the Legend of Zelda series (Link’s Awakening) the Nintendo 64 wasn’t even a thought. A Link to the Past was the big to do, and Link was a voiceless protagonist. Obviously, times have changed since my venture through Link’s Awakening. I’m not even sure what it was that compelled me to check out one of the weirder games in the series. Majora’s Mask was well-received, but it wasn’t the Ocarina of Time Part 2 fans were hoping for. Instead, it’s a grim fairy tale that gives Link a task of preventing an apocalypse. It’s a fun game, but it’s not perfect. It would have come close if not for some poor controls.

Even the very beginning of Majora’s Mask is bleak. Depressing, even. The scene opens with Link and Epona in the woods minding their own business. Suddenly, a masked maniac knocks Link out. After Link wakes up, he sees that Epona and his ocarina have been stolen. When he catches up to this masked assailant, named Skull Kid, Link gets transformed into a Deku. Link chases him to the town of Termina where he sees Skull Kid summoning a maniacal moon. This toothy, wide-eyed celestial body is on a collision course with Termina. The world is going to end in three days unless someone stops Skull Kid. Link needs to get back to his original form and stop the moon from falling. Time is of the essence; Link doesn’t have much of it. 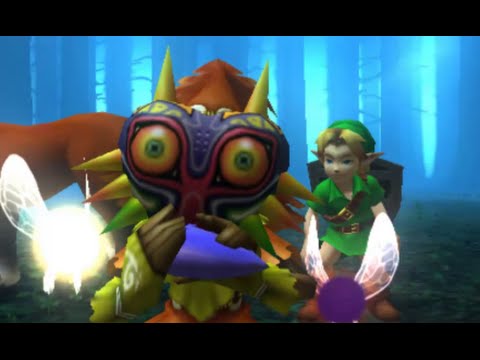 I loved this story. The three day time limit adds a sense of urgency that not many other games have. When you combine it with the amazingly crafted world of Termina, then you have one of the most memorable settings in a video game. There is so much to explore in Majora’s Mask. Since there are only four key items to collect from four temples, the majority of your time will be spent exploring Termina, fulfilling tasks for the various citizens, rewinding time, and continuing on as far as you can. Along the way, Link will earn Heart Pieces and, most importantly, various masks that can be used to solve puzzles. Sadly, most masks are a one and done deal. But, that doesn’t stop the excitement from getting one for the first time.

But, Link will have to do more than try on fun masks or satisfy Termina’s townsfolk. Like other games in the franchise, Link will travel throughout the world and into the depths of dungeons to battle foes, unlock rooms, and discover treasure. At the start of the game, Link has a sword and shield. As you continue on, you’ll find bombs, a bow, and elemental arrows. You’ll also find masks that grant Link entirely new move sets. The above mentioned Deku lets Link float from special flowers and shoot magical bubbles. The Goron Mask turns Link into a hulking brute. Dungeons, which are a staple of the series, are a mixed bag. Sometimes, they work. Solving puzzles and fighting some unique enemies? Sure, I’m down. But, it doesn’t take long for you to realize that the series in a 3D setting doesn’t always work. It will go from smooth to clunky in a matter of minutes. We have a poor camera, an obnoxious targeting system, annoying touch and screen gimmicks. And then, there’s the swimming.

I’d like to know what ass-hat from development thought swimming with the most messed up controls seemed fun. There’s one dungeon where you have to fight a boss while underwater. It’s terrible. It’s the sole reason why I’m done with the game after my first time. Swimming is the clumsiest chore in every video game. They took things to a whole ‘nother level with Majora’s Mask. It’s a shame, too. There were some very epic boss battles and moments that would be fun to revisit. 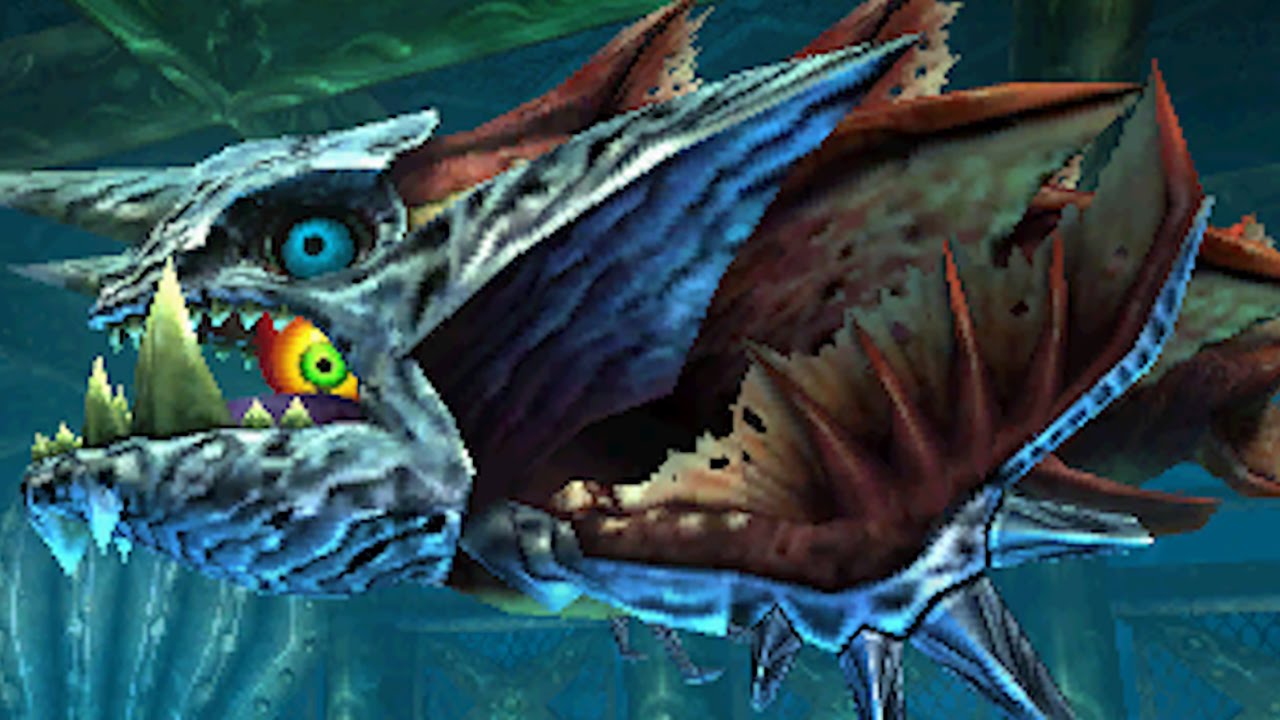 I didn’t play the Nintendo 64 version of Majora’s Mask, but I’m confident in saying that this enhanced port looks better. Link and the world of Termina really come to life with colors, smooth polygons and some impressive details. It’s easy to become wrapped up in the living, breathing world of Termina and its surrounding areas. The music is as quirky as the rest of the game. It fits with the game’s theme. Link’s “ya!” and “hup!” are pretty adorable, but the most fun voice acting comes from the residents of Termina. Have I mentioned that they’re quirky? They are. They sound just as bizarre  as they look.

Majora’s Mask will take some adjusting due to its three day time limit and the need to rewind time. Once you find your groove and understand how to make the time work for you, you will start enjoying all of the game’s content. Since the majority of the game is filled with side-quests, it’s a good idea to take your time to explore to unlock Heart Pieces and new masks. In doing so, you can finish Majora’s Mask in about 25 hours. Discovering ever mask is worth your while. For those that just want to move from point A to point B, then you’re looking at a much shorter play time. I’m glad that I played Majora’s Mask. It’s a Zelda title that breaks the mold with new ideas and a setting that is darker than usual. But, it also proved to me that I did the right thing in avoiding the 3D Zelda titles on the Nintendo 64. Link is at his best in 2D.

Overall, 7/10 – The Legend of Zelda: Majora’s Mask can be summed up in one word: weird. Everything from the story to the game play is weird. Sometimes, weird is good. Other times, weird is bad. But, weirdness is hard to find nowadays. Thus, I recommend checking it out.