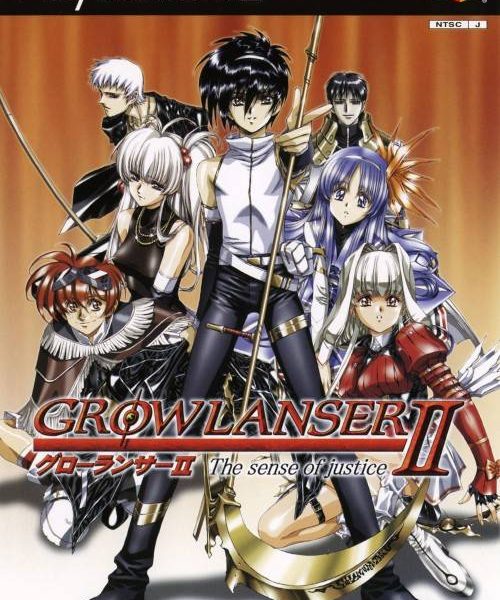 Author’s Note: This review was originally published on September 19th, 2005.

The Growlanser series takes players to an awesome world full of magic and mystery. The first Growlanser for the PS1 was about Carmaine Fallsmyer and his quest to save the kingdom of Burnstein. The second installment, Growlanser II: The Sense of Justice takes place some years afterwards and follows the adventure of Wein Cruz and where the peace between three kingdoms is about to melt due to the flames of war. This is one adventure that any RPGer does not want to miss for so many reasons. While this game does have a few flaws that can make you rip your hair out, most of the time while you play it you will be over-looking them. With every con, there are at least two pros.

For instance, the story can take multiple paths at the drop of a hat. Whether it be recruiting characters, finding items, or changing the entire ending altogether, Wein is giving many options that will effect the story entireley. Also, each thing Wein says to his friends effects friendship, and who you will share the end of the game with. The bad thing is, these options come at you from out of nowhere. However, this adds a whole new level of replay value to the game. You get 8 characters however the last ones you get vary. You will never be able to have one character if you chose to take another. And, since all characters have a strength and weakness, your party will be different every time you play. Plus, all the characters are unique in their way of development. Charlone, for instance, may come across as the steriotypical tom-boy, but she is so much more after playing the game all the way through. You may have to use a walkthrough in order to obtain the characters you take the most interest in, but it shouldn’t matter. The story changing elements of Growlanser II may catch you off guard, but it adds replay value and gives players a wide cast of characters to recruit.

While the story does change, the plot is basically the same no matter which route you take. Wein is a young man who dreams of being an Imperial Knight for the Burnstein kingdom. As he moves up in rank, he makes new friends and witnesses the three most powerful kingdoms in the world go at war with one another. While all this happens, Wein fights in gruesome battles against monsters and soldiers alike as he tries to make the world a better place. Wein doesn’t look very hero-like when you first look at him, and that’s one of the main reasons why he is so awesome in my book. First off, his weapon is a scythe. How cool is that? Second, he just wants to make the world a better place while fulfilling his dream. He is very easy to relate to, something rare in a lot of video game characters nowadays. You’ll witness his pain as he struggles to help his friends, and you’ll share his joy when he meets new people. Wein is just an ordinary guy, and placing him as the lead role in the story works. The other characters are just as fun, as I have mentioned. Hans, Charlone, Riviera, and all the others make a great cast.

The world map of Growlanser II is a lot like many SRPGs: little dots represent towns or dungeons and you move the cursor to where you want to go. Most of the time, you can talk to people, buy things such as armor and gems, and see where you are from your appointed destination. When you reach certain areas, Wein will automatically enter the place. This may catch you off guard, especially if there is a fierce battle ahead. You can save anywhere on the world map, so even if you do enter something unprepared, you can reset and get ready accordingly. Other things that can be done on the world map are equipping your characters, adjusting the settings, viewing the status of the characters, and everything else RPG oriented.

The Growlanser series focuses around the ring system. Basically, you get rings for defeating enemies. Rings have three numbers attached to them. Let’s say we have one that is 8-2-1. These indicate what type of gems you can equip. The first number’s highest gem is level 8, then 2, then 1. Gems add atttributes to the characters. There are an endless amount of gems available to you in this game, and mixing and matching them correctly will yield awesome results. Keep in mind, that giving a gem that is higher in level than the ring slot will cause the character to perform terrible in the battles, which is one the most innovative parts of the game.

Battles in Growlanser II use an interesting system that combines the tactics required of a strategy game with the fun customization and speed of any RPG. The battle fields are large and not separated by squares on a grid like in SRPGs you have played. Instead, you can move your characters wherever you want on the screen. Some story battles actually require you to move to certain places. Characters also can attack enemies by selecting the foe and then he or she will make a march towards it. After one attack, you have to wait for a bar to go down to get another attack. This continues until the enemy is dead. Magic in this game is done by using arias. Similar to other RPGs, you have to wait until the chant is complete before you can let the spell go. There are some skills in this game, but nothing really impressive. Battles can be tough, especially if you want to get a mission complete, which grants you a special bonus, as opposed to mission clear. I remember starting a battle over 8 times once, and it really got me frustrated. However, what I learned is that you have to figure out your own way of obtaining victory. The FAQs here are good, but I’d use them only for battle advice.

Finally, the looks and sounds of the game: both of them are beautiful. You have some amazing artwork drawn by Satoshi Urushihara that show up everywhere during the dialogue sequences. The character sprites are just as nice. The 2D models are detailed, and while they perform little actions during the course of the game, they really shine in battle. Spells, monsters, and all of the environments where you fight are beautiful. I guess what I am trying to say is that the game looks awesome. It also sounds awesome. The music tracks, while limited, sound great. There are many battle themes that add to the feel of the battle you’re currently fighting. Character voices, while annoying at times, are fitting and the acting was done supremely well.

Growlanser II: The Sense of Justice is a game all RPG players should not miss. Some things about it can be frustrating, but when you are commanding a group of 8 unique characters on a large battle field, you really won’t care! Be sure to check it out and help Wein Cruz save the world.