Thanks to Project X Zone, I decided to learn more about this title. Part 4. And thanks to this title, my feelings for this series have been renewed. 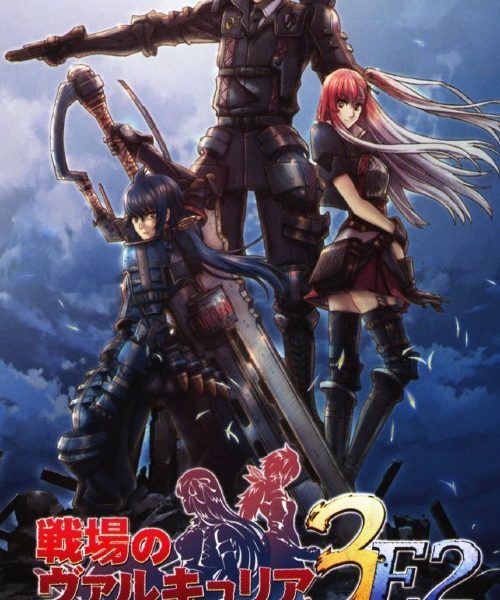 Valkyria Chronicles 3 takes place during the same time as Valkyria Chronicles. However, the members of Squad 7 get very little screen time in this story. Instead, VC3 revolves around Squad 422; better known as The Nameless. The Nameless consists of degenerates, thieves, criminals and other sorts of characters that opted to head to battle in lieu of going to prison. At the center of it is Kurt Irving, a genius of a soldier that has been wrongly charged with treason. Kurt had plans to excel in the military, but now he is in charge of a group of soldiers that have jaded histories. Or do they? There is more than meets the eye with The Nameless and Kurt will do all he can to prove his innocence and grant his soldiers proper amnesty. The story in Valkyria Chronicles 3 takes a much darker tone than its predecessors. Despite taking place during the same time as the first game, watching The Nameless get treated like the scum of the earth creates an intangible empathy between you and them. But, as things continue to get tough, Kurt bands the soldiers together and forms a powerful squad. You will be rooting for The Nameless just like you did with Welkin in Squad 7. Alongside Kurt are two females that share the spotlight in the story. The first is Riela Marcellis, a woman that was sent to The Nameless for being a bad omen. The other is Imca, a Darcen that volunteered for to be in The Nameless so she could fulfill her revenge. Kurt will get the chance to interact with these women and the rest of the squad as the campaign continues. Each character in The Nameless has a unique story to tell and getting to know them offers a nice distraction from the main story. Remember to use everyone equally in battle because it will unlock side missions that not only give the rest of the crew time in the spotlight, but it will unlock their personal potentials.

Playing Valkyria Chronicles 3 will feel familiar. The world map has the look of a classic strategy game that has various icons. Movie reels represent events that will advance the story. Red and green pins represent battles. Red pins designate story battles whereas green pins are battles that can be played as often as you like. The world map also allows you to access the base camp. This is where you purchase and equip new gear, upgrade your tank, and distribute experience points. One of my favorite changes in VC3 is that characters level up together instead of by class. This means that no one gets left out from the experience distribution. Experience can also be used to let Kurt learn new orders. Another new feature in VC3 that deserves a mention is the Master Table.

Every character in VC3 is capable of being any class. Unlike the first game where everyone was preset and unlike the second game where only Avan could change his class, every character has the opportunity to be whichever class you like. However, everyone has a preferred class that will be indicated by their stats. Since each class has their own set of potentials, this ultimately means that every character will be able to learn every potential with enough training. The Master Table will show you which character knows which potential and when certain potentials connect, new and more useful potentials will be learned. Ultimately, you can turn The Nameless into a troop of super soldiers if you’re willing to put in the time. Aside from all of that, the base camp lets you read character dossiers, review tutorials and stay up to date with the events going on in Gallia.

Battles in Valkyria Chronicles 3 share features with the second game, but that’s not necessarily a bad thing. Once a mission is selected, you can distribute your troops to various parts of the battlefield. The classes from the first two games have returned. As characters participate in battle, they will grow within that class. On the field of battle, it’s classic Valkyria goodness with the BLITZ and Command Point systems. For one action, you use one CP. At the cost of some CP, Kurt can issue orders. Characters move as far as their AP bar will allow. Once an enemy is in sight, you can fire away while taking range and accuracy into account. Like in Valkyria Chronicles 2, battles span multiple areas. Capturing an enemy base camp will allow you access to another area of the map. There, you can deploy more soldiers and continue the battle. Of course, enemies can do the same to you. In fact, enemies can do many things to you that will ruin your day. VC3 is one of the more challenging games I have played, but with the right use of strategy and preparation, all battles can be finished successfully. The final battle deserves a special mention for being extra challenging. One of my favorite features is that Kurt, Riela and Imca have the ability to use Special Points. Unlike Command Points, Special Points do not recharge during a battle. Once they’re gone, they’re gone for good. However, the proper use of them will let you retake control of the battlefield. I won’t list the specifics for the sake of spoilers, but just remember that you always have plenty of options for a hard-earned victory.

So far, it’s been nothing but praise for Valkyria Chronicles 3. Since I don’t want to sound like a rabid fanboy, I think it’s important to mention a few issues. While the game looks great, one of my biggest problems is seeing the same battlefields over and over, many of which were recycled from VC2. While the objectives and/or enemy placements might be different, seeing a map that you just finished can get tiring. Another issue is that certain classes don’t have as much use as others unless you really put in the time to train them. Since your mission rewards are based on how quickly you fulfill your goal, how many enemies you defeat, and the amount of casualties on your side, it’s likely you’ll feel inclined to rely on your favorite classes. A minor nitpick is that there aren’t enough quality animated cut scenes.

The music and voice acting are wonderful. I think the best part of it is that Avan’s awful laugh is nowhere to be heard. In fact, the differences between Kurt’s campaign and Avan’s campaign were enough to reinvigorate my adoration for this series. Those that do take the plunge and import the game should check out the Extra Edition version. It has more side missions, more character development and gives you the opportunity to select new choices. After over 60 hours of game time, I still have a plethora of stuff to witness. This is a great game through and through. If you felt bummed by VC2, then you owe it to yourself to check out Valkyria Chronicles 3.

Overall, 9/10: Valkyria Chronicles 3: Extra Edition has the story, characters and content to make it a solid experience and the greatest entry in the series.