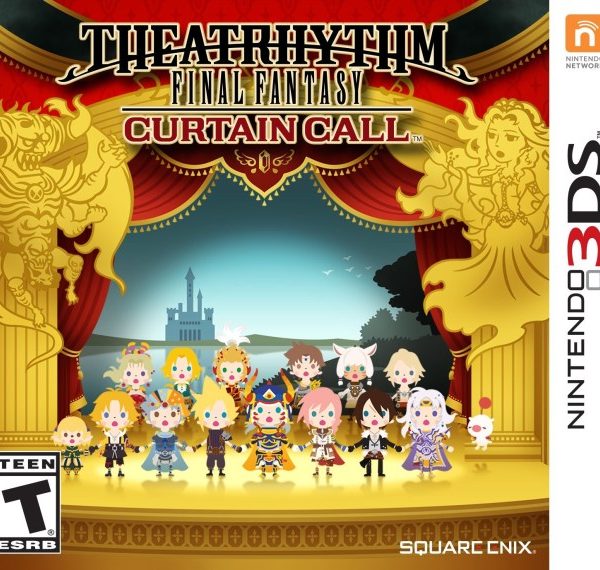 When it comes to RPGs, I feel that the music is almost as important as the story, characters, and battle system. That’s one of the reasons why the Final Fantasy series is so popular. While some of their games might be lacking in areas, the music has a tendency to deliver. You can probably guess that I was excited to see that Square decided to create another Theater Rhythm title. Curtain Call for the 3DS is a step in the right direction, despite some tedious features and awkward difficulty spikes that make it difficult to fully enjoy the game for all of its worth.

Once again, the folks at Square made a sorry attempt at a story that can easily be ignored. Cosmos and Chaos are fighting again. Music is needed to stop the conflict. Go forth, heroes of Final Fantasy and stop Chaos by participating in nearly 200 songs from the legendary RPG franchise! Get my drift? Good, because that’s all there is to the story. Honestly, I’m not sure why they bothered with one since the game’s main focus is on completing various stages set to songs from the Final Fantasy series.

If you played the first game, you will right at home as you build a party of four Final Fantasy heroes, equip them with helpful abilities and items, and select a song level to finish. You will can use either the stylus or the buttons to match various types of notes that appear on the top screen. Field Music Stages are about the same, except now you can participate in songs that have you soaring in an airship. Battle Music Stages are about the same as well, except new items, enemies, abilities and characters can participate in the fray. Finally, Emotional Music Stages have returned. Oddly enough, they are worse than they were in the first game. I’m…not sure what happened here. It’s like they knew they were despised, so they wanted the players to despise them more. Well, it worked. They’re still unresponsive and make me rage. At least they sound good and the movies are entertaining.

All of the songs have three levels of difficulty. The most difficult stages hold true to their name, but not necessarily because of the challenge. Awkward taps and swipes will be the cause of you missing a note as opposed to a challenging difficulty. Another issue with the game is the Quest Medley mode. Unfortunately, you need to trudge through these various stages over and over to earn crystal shards that let you unlock new characters. Finally, the ridiculous look from the first game has returned. I just…I have no clue why people find these doll faced, button eyed, caricatures of FF heroes amusing. I think they’re both odd and creepy wrapped into one.

My gripes aside, anyone who liked the first Theater Rhythm will like Curtain Call more due to the higher song count. There is a huge amount of stuff to earn as you play stage after stage such as new chimes, cards, artwork and movies. The most fun thing about Curtain Call is that it provides an even greater journey down memory lane. Say what you want about Final Fantasy, but one thing is for sure: it has a permanent place in video game history. I like to think that its music is one of the many reasons why.