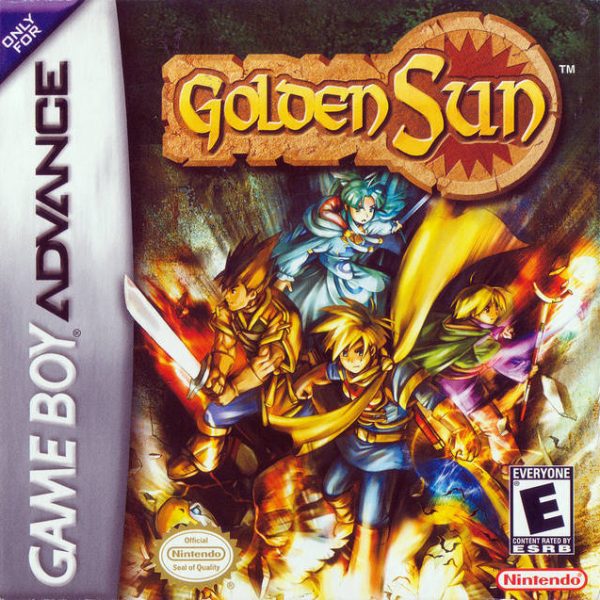 By the time November of 2001 arrived, I was more than ready for a new, solid RPG to enter my Game Boy Advance’s game slot. It had been too long since I went on a 50 hour campaign to save the world with a band of heroes. Golden Sun arrived and, initially I was impressed. The further I got, the more I realized that this wasn’t the RPG epic I was hoping for. By the time the game ended with it’s eff-you of a cliffhanger, I was ready to demand a full refund. The problem with Golden Sun is that it’s terribly generic from nearly every angle. Outside of the pretty graphics and well crafted music, Golden Sun is not worth playing. Indeed, the only reason people still sing its praises is because it was on a system that, at the time, was starved for RPGs.

Golden Sun’s story is dull. While it has the ingredients for a standard RPG, the execution wasn’t done well. Heroes, villains, and NPCs are bland. The story seems promising due to its classic, elemental theme. But, when the characters start repeating themselves constantly, the story starts to become more and more forgettable. The worst part of it is that, as soon as things look like they may pick up steam, the game just ends. Boom. Done. Start the credits. You need to play Golden Sun: The Lost Age in order to see the rest of the story.

The game play is a drag. Usually, I’m able to overlook a poor story if the game is worth playing. It’s unfortunate that Golden Sun’s features are just as bland as said story. Towns are functional at best. Menus are cumbersome. Battles are frequent due to a high encounter rate. Since the game is easy, random battles become a nuisance quickly. Really, just mash the A button and you’ll see the victory screen. Puzzles consist of busy work that requires you to constantly go in and out of the clunky menus to change Djinni on your party members. Djinni are elemental spirits that exist throughout Golden Sun’s world. By equipping them to your party members, they gain an increase in stats and can use various magics. Since you need to rely on them for your spells, you have to constantly equip and remove them.

Golden Sun does shine in two areas: graphics and music. The graphics look fantastic. The top down perspective and the 2D sprites are crisp and colorful. They shine the most in battle. Unfortunately, you’ll be seeing them shine a lot since battles are so frequent. The game features a fantastic collection of music from Motoi Sakuraba. While the music is awesome, the sound effects are irritating. Particularly, there’s a “blip, bleep” effect that plays whenever a person speaks. This is something that Camelot has done in the past and I’ve never cared for it. Thankfully, you can turn this feature off.

Golden Sun was one of the most hyped games I ever had my eye on. I counted down the days until its release. By the time I hit 20 hours and the game abruptly ended, I was filled with disappointment. It leeaves a taste in my mouth that is making me very, very cautious about playing The Lost Age and Dark Dawn. Hopefully, things changed for the better in the follow up entries.

Overall, 5/10: Note that Golden Sun isn’t terrible. It’s just bland and generic. The praise that it gets stems from it being one of the first and original RPGs on the Game Boy Advance. By now, there are plenty of other options available.