Growlanser: Heritage of War is an abomination on the Growlanser brand. Seriously, don’t play it. 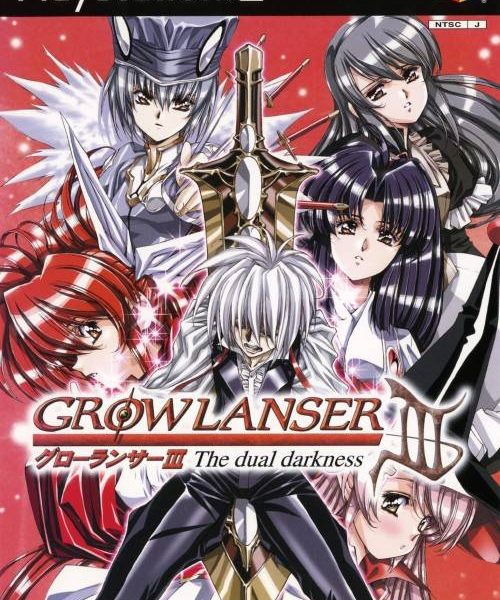 Author’s Note: This review was originally published on January 5th, 2006.

After completing the Growlanser II, I was thrilled to be able to play Growlanser III. I was even more thrilled after I heard that the game is the prequel to the first Growlanser. Well, a lot of that thrill lasted and some of that thrill faded as I voyaged through the GLIII world. GLIII is a fun game, but when compared to the intriguing GLII and the amount of fun I had playing it, GLIII just didn’t live up to my RPG expectations.

But what is it that I expected from GLIII? Well, what I was hoping for was just another version of GLII with new characters, a new story and a new world. I definitely got the characters, and then some. The main character of this game is Slayn Wilder, a pretty white haired boy with amnesia and a case of the silent protagonist. Found at the bottom of a cliff, Slayn wakes up in new surroundings. On his quest to remember who he is, Slayn meets a colorful cast of cool characters that only an anime hot from Japan could think of. We have Annette Burns, the Xironia president’s daughter who helps Slayn from the start with recovering his memory. We have Hugh Foster, an eccentric dresser and swordsman who has a great sense of humor and an eye for the ladies. We have Monika Allenford, a soft-spoken and mild-mannered half human, half Featherian who has more strength than one would guess. Those are just three of the playable characters you’ll meet, all of whom develop amazingly throughout the course of the game. The villains, the NPC’s, and even some of the curmudgeon townsfolk definitely make this game worth playing due to their speaking. Working Designs (may it rest in peace) did a fantastic job of translating this game with some of the best dialogue ever read. The only thing is that sometimes there is too much dialogue and it really gets annoying reading everything that each character has to say.

It wouldn’t be annoying if the story was interesting, but for the most part the story really needs some work. To be fair, I will say that there are some very cool parts of the tale, especially at the very end when you see a sequence that shows you how Growlanser and Growlanser II got started. Still, exciting parts don’t save the overall story. The story of Slayn recovering his memory is part of the story; the main plot is about a bunch of countries at war with each other. I could go into details, but I’ll be honest with you: I didn’t pay attention to this part of the game much. In fact, there was so much useless talk going on about war, betrayal and all that stuff you’ve heard before that I hit the X button so fast that I missed most of it. This should sound familiar to those who have played Xenogears. It’s not a question of being lazy or being unable to read, it’s just a matter of growing tired of a semi-dry plot developing and being more drawn out than it has to. I mean really, these characters get so garrulous it makes X button mashing become second nature. Fortunately for players who feel that the story is the most important part of RPGs (weirdoes…) the story of Slayn and his memories is interesting and save the tale from being too stale. Hey, that rhymes!

So I covered story, characters, and now it’s time to talk about the world of Growlanser III. As previously stated, this takes place many years before the first Growlanser, so the locations and such are all new. There are multiple towns to visit, each with plenty of local color for interaction. For a new world, however, the monsters you encounter in fights are basically the same. Despite this shortcoming, the world of GLIII is full of cool environments and people.

When it comes to graphics, GLIII has won me over. I am a huge 2D sprite fan, especially when they are in a semi-3D world. This is how it is in Growlanser III. The sprites may not look like much, but they are actually very colorful and well animated after you play. This is especially true in battles. Seeing all the sprites go to work on the monsters (which are creative, but most you’ve seen before if you’ve played GLII) is quite entertaining. Once again, there is character art created by Satoshi Urushihara and when there is dialogue going on, their pictures reflect their moods. This artwork is stunning to say the least, and I wish I could’ve seen it in more action, such as anime cut scenes. While there is an opening and ending cut scene, more would have really shown off what Urushihara could do. Needless to say, everything about the graphics in GLIII is great. Well, I did forget to mention the dungeons. These are basically the same room after room after room, and a lot of the dungeons are long. The rooms look the same, and while it makes sense that a dungeon looks similar throughout it’s entire interior, it would have made the trekking less of chore if the long dungeons weren’t so redundant.

After sights are seen, sounds are heard and Growlanser III delivers on this front as well. The music is wonderful, with some of the coolest boss battle tracks I’ve ever heard. There is a vicissitude of songs that will play during an event, however, so it does get annoying when you are jamming to one track and all of a sudden pulls a fast one on you and changes to another. Regardless, GLIII has a great OST worth owning. Once again, characters are fully voiced and each personality fits the voice perfectly. Even the NPC’s sound great.

What time is it? It’s game-play time, the most important time for any video game. Those familiar with the Growlanser series will be right at home with this game, with the exception of a few new things. First off, you are able to walk around towns, dungeons, and even the world map. There is no more pointing and clicking to go to a certain place, now you have to walk. Slayn is one of the fastest walkers I have ever seen, so traversing through the world doesn’t take as long as one would guess. Another new addition, which will come as a sad announcement, is that you only have four people in your party instead of eight. However, a cool thing in this game is the ability to talk with all of your friends and raise your friendship levels. You see, later in the game Slayn and his crew get an apartment complex all to themselves, so it’s one massive party of world savers! One interesting thing is that you can get people from Growlanser II to join you, but you’ll have to work for it.

As you walk through towns, you can buy things from the gem and armor shops. This is typical RPG procedure. Unfortunately, you’ll find your party impecunious and in need of money, so most of the time if you want new armor, you’ll have to fight for it. The menus are basic, very easy to follow. Like the last game, after a level up is obtained you get Master Points, which you can distribute to new skills, techniques, and arias. Another new thing in GLIII is item use. You can use items anywhere on the field, and some you can use as key items during quests. Think of it as you would do in Chrono Cross.

The Growlanser series focuses around the ring system. Basically, you get rings for defeating enemies. Rings have three numbers attached to them. Let’s say we have one that is 8-5-2. These indicate what type of gems you can equip. The first number’s highest gem is level 8, then 5, then 2. Gems add attributes to the characters. There are an endless amount of gems available to you in this game, and mixing and matching them correctly will yield awesome results. There are some new gems never before seen in GLII that will allow you create even more combinations. You may act dithered at first due to the vast amount of possibilities, but you will know when you find the right one. Keep in mind, that giving a gem that is higher in level than the ring slot will cause the character to perform terrible in the battles, which is one the most innovative parts of the game.

Battles are basically the same as they were in Growlanser II, just with fewer characters. This is a real pain when it’s four of you versus seven monsters, and the monsters are quite capable of beating you. Anyway, battles in Growlanser III use an interesting system that combines the tactics required of a strategy game with the fun customization and speed of any RPG. The battlefields are large and not separated by squares on a grid like in SRPGs you have played. Instead, you can move your characters wherever you want on the screen. Some story battles actually require you to move to certain places. Characters can attack enemies by selecting the foe and then he or she will make a march towards it. After one attack, you have to wait for a bar to go down to get another attack. This continues until the enemy is dead. Once again, characters can cast arias. Similar to other RPGs, you have to wait until the chant is complete before you can let the spell go. A cool new feature is combination magic, which is when two people combine a spell to create an aria that hurts for much more damage. There are some skills in this game, but nothing really impressive. Battles can be tough, especially if you want to get a mission complete, which grants you more rewards, as opposed to mission clear. You will be frenetically trying to cure someone who is about to die or hoping that your attacker reaches a foe before he escapes, but in the end, the battles are fun and make up for the semi-bland plot.

When all is said and done, you are able to carry over your data from your first file into a second. Does this make it worth playing again? But of course it does! Not only do you have this luxury, but also there are a plethora of side quests for you to finish, some of which you may have missed due to the ever annoying impasse of reaching certain points of no return. The game is only 30 hours, and that’s if you do some hard-core leveling up and side questing.

Overall, 6.5/10: It was not nearly as fun as Growlanser II, but Growlanser III: The Dual Darkness, was a fun game that should not be missed. Despite it’s stale story and drawn out dialogue sequences, you’ll find yourself impetuously popping in GLIII just to continue with Slayn’s dark past and the super fun battles.