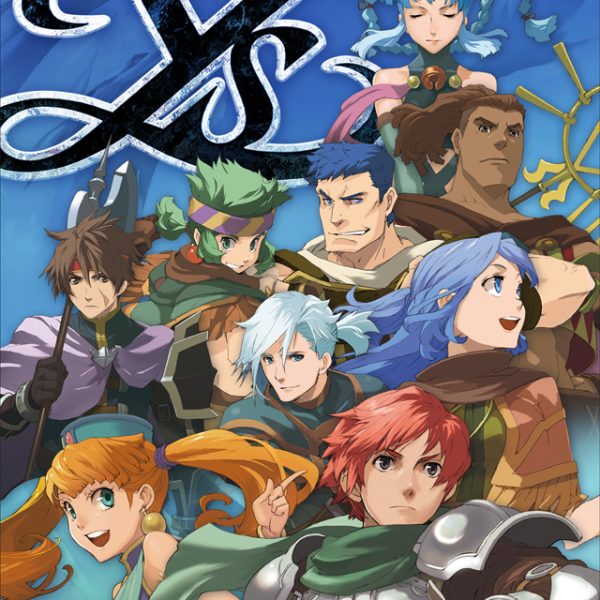 Despite it being around for over two decades, my exposure to legendary Ys series is minimal. The only three titles I’ve played were Ys, Ys II, and Ys VI. You have to keep in mind that the series has gone through more remakes and make-overs than the fashion industry, thus only playing three titles in it is a very tiny percentage. Ys VII might be my fourth title, but it was the best of the bunch so far. In honor of Ys lucky number seven, I have decided to list the top seven reasons as to why PSP owners should play this game.

1. The Music.
Let’s just get this one out of the way. Yes, Ys is known for their music. Yes, the tradition of excellent music continued in Ys VII. With a new sound for a new system, the composers at Falcom gave Ys VII an adrenaline pumping, pop and rock sound track with musical tracks for every circumstance. Sure, the slashing and thrashing sound effects work for the game, but the music happens to be one of the best reasons to pick up and play Ys VII. Those who decided to buy the premium version of the game get the sound track included.

2. The Graphics.
I might as well go with the next area that was made for the PSP: the excellent graphics. The world of Ys VII is full of diverse characters, cities, and dungeons. Adol is now 28 years old, but he looks as brave and diligent as ever. His fiery red hair and clear black pupils still shine in the brand new game. All in all, the game is gorgeous and it goes to show you that the PSP’s graphic capabilities can be used properly in the right hands.

3. The Adventure.
Sure, Ys VII may look and sound great, but is it worth playing? Absolutely! Ys VII takes place on the island of Altago. It is said that five dragons govern balance on the island. With the promise of a new legend and a new adventure, Adol and his best friend Dogi decide to go on a journey throughout the island. What starts as a chance to see a new world turns into an epic battle for survival. Adol and Dogi may seem like they have a rather humdrum story at first, but the game throws plenty of twists at you to keep you wanting more. Adol and Dogi are joined by representatives from other cities of Altago; each with their own beliefs, cultural values, and ideals.

4. The New Faces.
Typically, Adol travels alone. In Ys VII, his friends go with him throughout Altago. Obviously, this means that you will be doing more than buying the standard sword and shield in the cities before you set out for adventure. Each character has their own unique set of weapons and armor. Weapons in Ys VII come attached with skills. Enough usage of a skill, and it becomes permanently registered no matter what weapon is equipped. Furthermore, the weapons properties. There are three types: slash, blunt, and pierce. Some foes don’t have a weakness, but others do. Thus, you need to have a party that has all three types of weapons. Many of the weapons can be bought, but the better weapons (and armor and accessories) can be made with monster parts. Ys VII has an addictive item creation system that is as satisfying and as easy to grasp as those seen in the Atelier Iris titles.

5. The Action.
Putting the weapons to use is the best part of Ys VII. You can switch which character you control in your three-person party with the push of a button. The AI will take over the other two. No matter which character you pick, the action never stops. Characters can attack relentlessly, dodge, and use skills. Up to four skills can be equipped at a time. The more they get used, the better they get. As your characters continue to lay on the hurt, a meter will build up. Once full, the character you’re controlling can unleash a devastating special attack that is perfect for the gigantic, grueling, and ferocious bosses you will encounter. Most of the game’s regular foes are easy, but the bosses are a different, and usually welcoming, story.

6. The Extras.
When Adol and his friends aren’t saving Altago, they can be doing side quests. Gathering seeds, slaying certain beasts, and looking for precious gems are just a few of the extras available. The rewards for these range from average to excellent, so it’s usually worth your while to give them a shot. The best thing about them is that they don’t take long to finish. Outside of the game extras are the extras that you get when you pick up the game’s premium box set. Alongside the above mentioned OST, you get a stunning art book and a cloth map showing the world of Ys. So worth it!

7. The Legacy.
The last reason to play this game? It’s Ys, that’s why! Ys VII is a worthy addition to the long running action/RPG series. The game is too short, certain bosses are borderline cheap, and the last boss fight was utterly ridiculous. However, these cons are easily overlooked. Ys VII was a real treat to play. I’ve given you seven good reasons as to why you should play this game. That being said, go pick up Ys VII and you’ll find your own seven reasons as to why this PSP exclusive is a wonderful game.