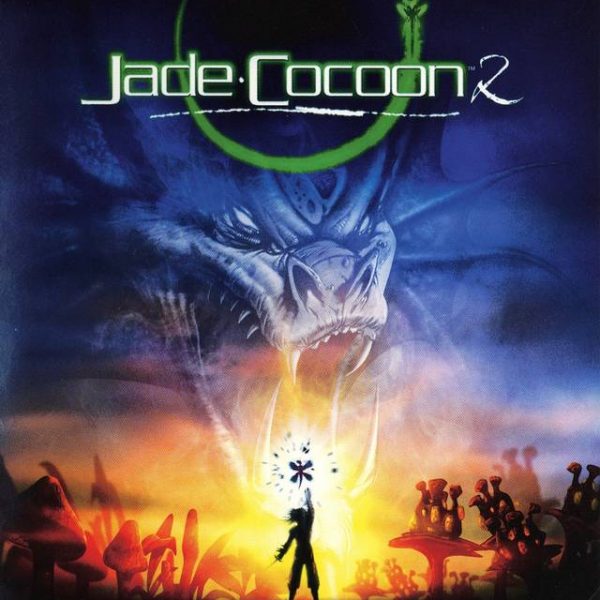 Once again, dear readers, we find ourselves with a game that has the number “2” attached to its title. And, once again, we have another example of the RPG rule of two. Wild ARMs 2, Arc the Lad 2, Tales of Xillia 2, and many others prove that they’re better than their predecessors. Jade Cocoon 2 another example. I went through the first Jade Cocoon a few months before diving into this PlayStation 2 sequel. I was a bit skeptical; Jade Cocoon did not age well. Jade Cocoon 2 is not only the better game, but it’s a clever and challenging title that is filled with original ideas.

One question on everyone’s mind is whether or not it’s important to play the first game before playing the second. I think to fully appreciate Jade Cocoon 2’s story, you should at least become familiar with the first game. Taking place many years after the events of Levant and the Cocoon Masters, Jade Cocoon 2 stars a young boy named Kahu. Curious, energetic, and motivated, Kahu has traveled to the Temple of Kemeul in hopes of becoming a Cocoon Master himself. There, he meets an aged Levant. Levant tells Kahu that they now live in an era of Beast Hunters and Divine Beasts. During his trial to earn his beast hunting license, Kahu encounters a fairy from the dreamworld named Nico. Unfortunately, this encounter leaves Kahu cursed with spiked tail and a parasite that is slowly consuming him from the inside. Levant tells Kahu that he can break the curse by finding the four elemental orbs from the four surrounding forests. Kahu has a lot on his plate: not only does he have to learn the ways of a Beast Hunter, but he has to find these orbs before his curse consumes him. The story is dark in tone, but Kahu’s sunny disposition and the characters he meet keep a balance. It’s fun watching Kahu’s character grow as he retains a positive, curious attitude. Near the end of the journey, the game takes another unsettling turn. Indeed, Jade Cocoon 2’s story is one that has more than meets the eye.

Most of Jade Cocoon 2 takes place in the Temple of Kemeul and four elementally themed forests. In the Temple of Kemeul, you can chat with other Beast Hunters, shop, and/or fulfill tasks for rewards. Two important areas you’ll be visiting often are the Arena and the Room of Life. The Arena is where you can participate in battles against other Beast Hunters for cash reward. More importantly, you can participate in Ranking Battles to earn more slots on your Beast Amulet. I’ll talk more about battles soon. In the Room of Life, you can manage your Divine Beasts. You’ll be spending plenty of time here. Eventually, you can merge them with one another to make them more powerful. The more you merge them, the more powerful they become. Merging Divine Beasts not only teaches them a new skill, but it increases their chances of evolving into their most powerful form. There is unlimited potential to build a group of Divine Beasts that are built whichever way you like.

Your Divine Beasts get placed on your Beast Amulet. At first, you’ll only be allowed to hold two Divine Beasts. As you prove yourself in the Arena, you’ll be able to place more. The Beast Amulet is divided into four elemental areas: fire, earth, wind, and water. Each area has three slots. For example, on the fire side, there is a fire-earth slot, a fire slot, and a fire-wind slot. As long as your Divine Beast is aligned to one of those elements, then they can be placed in that slot. Once again, this leaves the player with the potential to really find their perfect group of Divine Beasts. You can hatch new Divine Beasts from eggs, but the real fun comes with merging your current Divine Beasts with seeds that you find in the elemental forests.

Battles tend to get on the tedious side over time, but the overall formula is solid. Kahu stands in the middle of his Beast Amulet and is surrounded by his beasts. He can use items or attempt to run away, but for the most part he’ll tell his Divine Beasts to attack the opposing side. Both sides take turns exchanging blows. If Kahu is fighting another Beast Hunter, then he wins by removing all of the hunter’s shields or by killing all of his/her Divine Beasts. Of course, the same thing can happen to Kahu. Most of the time, you’ll fight groups of stray Divine Beasts. Sometimes, self-aware Divine Beasts will be disguised as hunters. Defeating them earns you a seed that can be brought to the Room of Life. Doing this seed exchange is the best way to earn money and increase Kahu’s ranking. Higher ranking means more options available at the Arena, which ultimately allows you to place more Divine Beasts on your amulet.

The turn-based battles are straightforward in theory, but there are a lot of little things you need to keep in mind. First, elemental weakness is very important. If your fire beasts are up against a hunter that uses earth beasts, do you try to tough it out? Or, do you rotate your amulet and forfeit your ability to use items that turn? If some of your Divine Beasts are running low on magic, do you hope their standard attacks are enough to damage the opposing side? Or, do you roll the dice and hope they evolve mid-combat to restore all of their energy? Battles start simple, but the further you get and the deeper you explore these four forests, the more dangerous things become. You really need to stay on top of managing your Divine Beasts to survive. Boss battles can be especially taxing. But, the struggle to victory is both rewarding and satisfying. Finishing a battle will earn your beasts experience points. When they reach level 15, they can be merged. However, it’s more beneficial in the long-run to let them reach level 20. There’s a lot to keep track of, but Jade Cocoon 2’s parts move well together.

The actual exploration of the forests is where most of the tedium lies. In order to move from one section to the next, you need to find a Key Spore. Once you have that, you can move through a portal and into the next section. Each forest might be colored after a certain element, but the layouts for each one are the same. For a game with so much creativity, I wanted the presentation in the forests would be more varied. The Temple of Kemeul looks fine. It’s small, but well detailed and functional. Characters are expressive and move well, too. Musically, Jade Cocoon 2 is a step-down from the first game. There are still some peaceful and melodic tracks, but the overall soundtrack falls behind the first game’s. Characters are fully voiced and, again, it’s a step back. Kahu is the only one who sounds right.

Jade Cocoon 2 can last as long as you want due to all of the possibilities with merging Divine Beasts. My time was about 25 hours. However, I got really lucky near the end of the game. The bosses you encounter as the story begins to close are ruthless. Once the credits finish, you can continue your journey by exploring further depths of the forest or by participating in new Arena challenges. For me, once through was enough. Jade Cocoon 2’s creativity really surprised me. Not only does it flip the scripts with monster breeding, but it delivers a fantastic narrative with entertaining personalities. Jade Cocoon 2 is another RPG that follows the rule of two.

Overall, 8/10 – No matter how you feel about the first Jade Cocoon, Kahu’s journey to become a Beast Master in the sequel is one worth seeing.