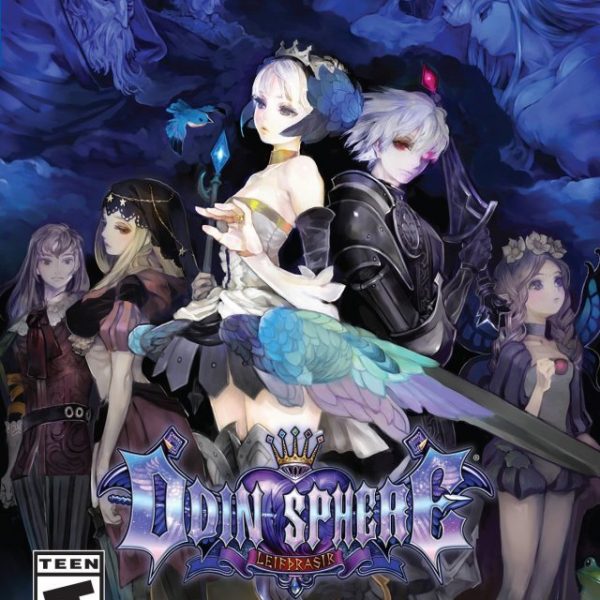 Odin Sphere Leifthrasir is an enhanced port of Odin Sphere, an action RPG that was released for the PlayStation 2 in 2007. When I played the original, I was extremely disappointed. I was disappointed in the game, but also disappointed in myself for believing all of the hype surrounding it. I read a plethora of praise about it from others, but in the end I dubbed it the “red rose of gaming” since it was beautiful to look at it and painful to play. It took a lot of convincing for me to give Odin Sphere Leifthrasir (ODL) a chance. But, I’m glad I did. The difference in playability between the two is palpable. If you had reservations about ODL based on your experience with the original, then I can assure you that everything in this enhanced port has been changed for the better.

For the most part, the game’s story remains unchanged. Odin Sphere takes place in the world of Erion. Currently, various tribes are at war with one another over a legendary cauldron that could generate an infinite amount of energy called Phozons. Players take control of five characters as they survive the ongoing war and struggle with their personal endeavors. There’s Gwendolyn, a Valkyrie who wishes for the approval of her father, the Demon King Odin. There’s Oswald, a knight clad in black armor wielding the powers of the Berserker. It’s a diverse bunch that you’ll enjoy getting to know. While the story still holds onto its melodrama, its combination of Norse mythology and Japanese anime make experiencing each new chapter mostly enjoyable. If the tone wasn’t trying to be so serious, then the overall narrative could have been more effective. Similar to the story, the game’s presentation remains mostly unchanged. Thankfully, this is a great choice. As to be expected from Vanilla Ware, ODL is stunning from every vantage point. You’ll explore mountains, volcanoes, forests, the underworld, and more. When you get to a new area, be sure to stop and stare and admire your surroundings. Character art is still gorgeous, but the backgrounds steal the show. The music composed by Hitoshi Sakimoto is still fantastic. Voice acting sounds great in either English or Japanese. I never had any complaints about the presentation on the PlayStation 2, and it’s no different with this port. Note that I played the Vita version, but I’m sure that the other versions look just as lovely.

Really, my biggest complaints about Odin Sphere all circulated (no pun intended) around the game play. In one word, Odin Sphere’s gameplay was awful. It took me a few chapters until I reached a CTJM (come to Jesus moment) in which I threw my hands up in the air, yelled “ENOUGH OF THIS SHIT”, cleared my memory card of the file and got rid of the game. I was having zero fun primarily due to combat. Enemies wouldn’t flinch when you hit them and would frequently bitch slap you out your combos. Bosses did the same thing, but with even more frequency. Combat had the look of a fun, old-school beat ‘em up but instead it was a game of cat and mouse. It was nauseating having to hit and run so often. Thus, I’m thrilled to inform my readers that none of that is present in ODL. This game plays smoothly as silk. You can create massive combo chains as you perform sleek and stylish attacks. All of the characters learn a variety of skills that add even more pizzazz. The alchemic potions you can create have been modified to provide even more support. Seriously, toss a few potions (and trust me, you’ll have plenty of raw materials to do so) and watch as enemies crumble. ODL’s combat is proof that developers will listen to complaints from the consumers; it’s close to perfection.

Still, some parts of playing Odin Sphere can cause some hiccups. The first is the emphasis on Phozons, the above mentioned energy source. These particles of light come from enemies, plants, potions, and more. You use them to grow food, power up your weapon, and/or enhance your skills. Of these options, growing food is still somewhat tedious. Food is needed to gain experience and build levels quickly. The good news is that this can be largely ignored in later chapters since you can spend your money on food items in a restaurant. Doing this will boost your levels faster while saving you the hassle of having to expend Phozons. Another issue is with the third character you control in the story: Mercedes. Wielding a crossbow, Mercedes lacks the maneuverability and potential of the melee combatants. With her ammunition being tied to the POW Gauge (usually reserved for special skills) she can become disabled easily. Finally, she can’t turn around mid-attack. Her chapter is a hurdle that you have to overcome if you want to see the rest of the game. It’s a shame that she follows two characters that are much more capable. 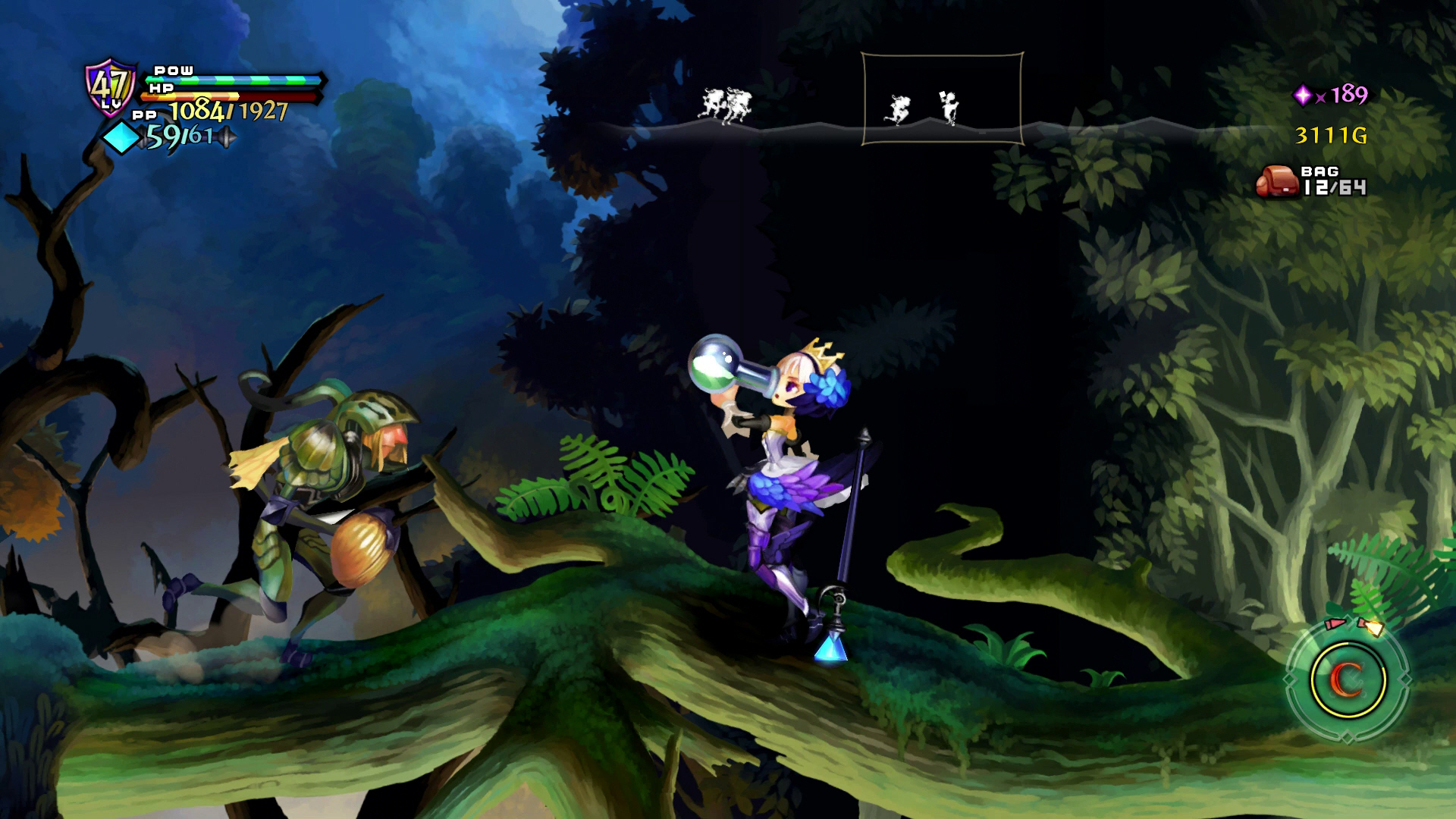 Drink up! Potions are plentiful and powerful.

Much needed quality of life improvements have been implemented in ODL. You can revisit stages at any time in case you missed a treasure or a skill. You can quick jump around various check points. You can lower or raise the difficulty as needed. Little things like this are what make ODL so much more fun and playable. If, for some reason, you want to relive the painful experience of the original version of Odin Sphere, then you can begin a game in Classic Mode. But, seriously. Don’t do that. It’s also worth noting that Classic Mode doesn’t feature Trophy Support. This enhanced version is what the original should have been. It took nine years, but better late than never. Vanilla Ware listened to complaints and adjusted the Odin Sphere formula accordingly in Odin Sphere Leifthrasir.

Overall, 8.5/10 – Odin Sphere Leifthrasir feels like the finished product the Vanilla Ware was aiming for with their original. Those that were turned off from the PlayStation 2 edition will be beyond pleased with this enhanced port.