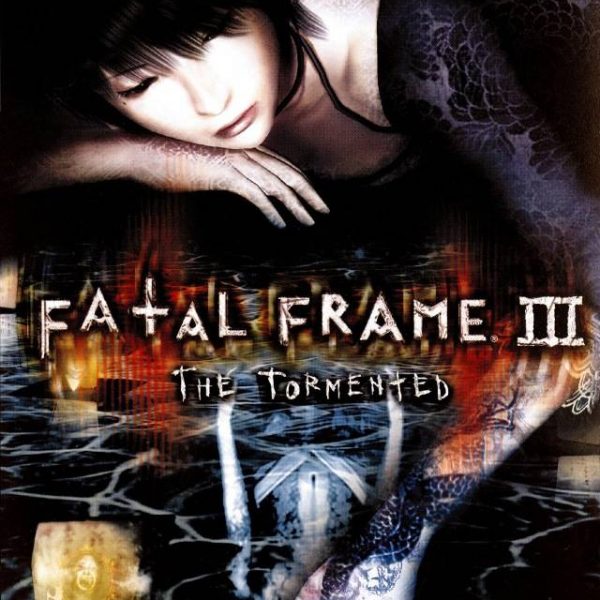 Most fans of the Fatal Frame series consider the second installment, Fatal Frame II: Crimson Butterfly, to be their favorite. The game vastly improved on the original Fatal Frame’s features while telling a haunting and beautiful story. My opinion is slightly different from most people. Having recently finished Fatal Frame III: The Tormented, I proudly say it’s my favorite in the series. I have enjoyed each game immensely, but the story, the combat and the scary presentation in The Tormented has really set the bar high for the series and the survival-horror genre. Everyone will find something to enjoy in Fatal Frame III: The Tormented, but longtime fans of the game’s predecessors will enjoy it the most because it serves as a direct sequel to the first two titles.

Fatal Frame III: The Tormented begins with a tragedy. Rei Kurosawa, a fierce and stylish freelance photographer is the only survivor of a horrific car accident that took the life of her fiancee, Yuu Asou. Suffering with guilt and loss, Rei drowns herself in as much work as possible to keep her mind off of the events of that day. After an outing in the supposedly haunted Kuze Shrine, one of Rei’s pictures turns up an image that looks like Yuu. After being overcome with multiple emotions, Rei eventually turns in for the night. In her dreams, she winds up in the same place she was earlier during her photography assignment, but snow is falling and there is an ominous presence in the air. Things get stranger when a woman covered in highly detailed tattoos grazes Rei’s shoulder. Rei wakes up from the nightmare, but she begins to experience sharp pains as those same tattoos briefly appear on her body. Rei must uncover the mystery behind this nightmare in The Manor of Sleep and hopefully get a chance to see Yuu one final time.

The Tormented’s story is creepy, eerie and tragic. Plenty of questions just begging to be answered will be at the center of Rei’s journey not only during these nightmares, but in the real world, too. One of my favorite parts of The Tormented is that half of the game takes place in Rei’s apartment while the other half takes place in the dream world’s Manor of Sleep. As you continue with Rei’s journey, the lines between dream and reality begin to blur and yield absolutely terrifying results. Luckily, Rei is not alone. Miku Hanasaki from the first Fatal Frame serves as Rei’s assistant. Whenever Rei needs research materials or requests information about a possible lead on The Manor of Sleep, Miku will be on the scene. Yuu’s best friend, Kei Amakura, will also help Rei with research materials and documents. Kei’s nieces are Mio and Mayu Amakura from Fatal Frame II. Seeing Rei plus two characters with ties to the first games in the series helps add to the adventure in a way that pays tribute to the series, as well letting The Tormented stand on its own. It should go without saying that I recommend playing The Tormented after completing the first two games to fully appreciate the story.

The majority of the time, you are in control of Rei as she performs research on The Manor of Sleep during the day, and discovers the horrific truths within said manor when she goes to sleep at night. The daylight hours are spent in Rei’s home. Despite it being modern and well-lit, there is an emptiness in it that is both somber and disturbing. When day turns to night, Rei will sleep and have the recurring nightmare in The Manor of Sleep. Longing to see Yuu one more time, Rei will journey through the massive manor. There will be puzzles to solve, hidden journals to read and frightening surprises. After you reach a certain point in the manor, Rei will wake up. This process continues throughout the game, but certain changes will start to happen the further you get. For instance, ghosts will start to appear within Rei’s home for brief moments. Furthermore, some of Yuu’s research material will get discovered that describes the haunting phenomena occurring in both worlds.

The manor houses plenty of history involving occult rituals. It also houses vengeful ghosts that need to be exorcised. The only way to do this is with Fatal Frame’s classic weapon: The Camera Obscura. Using this antique, you can capture hidden images and/or vanquish wandering spirits before they try to cut your journey in dreamland short. A color changing filament attached to the camera will indicate whether or not a ghost is hostile, as well as whether or not a hostile ghost knows your location. Using the camera plus various types of film, lenses and mechanisms, you stand a fighting chance against them. With the push of a button, you will enter Viewfinder Mode. When a ghost starts slinking towards you, you can focus on it in order to build up spirit power. During a key moment when a ghost goes for an attack, the screen will flash red. This is the moment you need to snap a picture in order to deal the most damage. Taking pictures of hostile ghosts and hidden ghosts will grant you points which can be used to upgrade The Camera Obscura. An interesting feature is that some of the photos you take will need to be developed after you wake up.

Most nights, you will take control of Rei. Alongside The Camera Obsucra, she can use a flashbulb to briefly stun ghosts. Some nights, you will get to control Miku or Kei in The Manor of Sleep. Miku’s smaller stature lets her crawl into hidden areas. She also gains the ability to slow the movements of some ghosts with the use of her Sacred Stone. Kei is capable of moving heavy objects to create new passages. Unfortunately, his ability with the camera leaves much to be desired so he needs to oftentimes enter a crouching position to remain hidden. The chance to play as different characters is a neat idea, but neither Miku nor Kei are as powerful as Rei. When it comes time to fight inescapable ghosts, both of them will cause more difficulty than necessary. This can lead to some frustration since all characters run at a slow pace; making it difficult to evade. Another issue is that the screen will turn monochromatic after a certain point in the game. This means that unbeatable ghosts will begin to stalk you, which adds a sense of urgency in rushing through the story. The Tormented is the most difficult game in the series so far and it doesn’t help when the game works against you. However, combat is as satisfying as ever and it’s rare for there to be a shortage of resources.

As expected, The Tormented delivers a great graphical and audio presentation. The characters move as well as they have in previous games throughout locations that don’t look the least bit inviting. Even Rei’s trendy digs start to feel unwelcoming the further you get into the story. The ghosts you encounter are some of the creepiest yet in the series, containing equal amounts of terror and creativity. There usually isn’t much music unless there is a ghost chasing you or a cut scene is playing. Either situation works with the atmosphere of the game. Finally, the game features English voice acting. While it’s somewhat scares, the lines are delivered well.

Fatal Frame III: The Tormented is one of the longer survival-horror games in the genre, lasting between 15 and 20 hours. Finishing the game once unlocks a plethora of goodies such as missions, outfits, accessories, a gallery and harder levels of difficulty. Most importantly, playing the game a second time allows you to attempt to witness a secret ending. Just like the other games in the series, I can definitely see myself going through this game again in order to find things I may have missed. Despite some issues with the difficulty, this is a great game that I recommend to everyone. With the completion of Fatal Frame III: The Tormented, I can easily say that this is my favorite game in the series and that the series itself is my favorite of the survival-horror genre.

Overall 9/10: Continuing the tradition of fear-inducing excellence, Fatal Frame III: The Tormented will leave a lasting impression, much like the cursed tattoo.