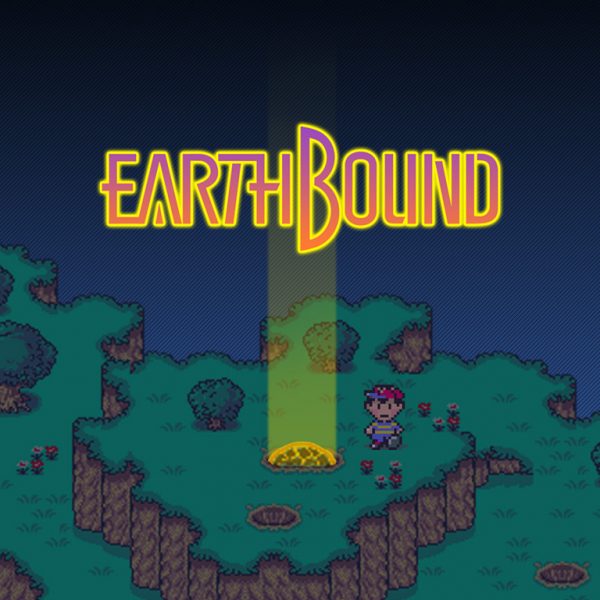 I couldn’t tell you what I was doing in 1995 during the time of EarthBound’s release. I know that I was just beginning my journey as an RPG fan, but I’m not sure if I was replaying Breath of Fire or if I was diving head first into Chrono Trigger. Truth be told, I didn’t know a thing about EarthBound until I saw Ness in Super Smash Bros. Even then, my interest in it was small. Over the years, friends and gamers have told me that I’d enjoy Earthbound if I liked RPGs. I was intrigued, but it wasn’t until the release of the Super Nintendo Classic that I finally took a chance and gave it a go.

Unfortunately, by the time I made it to the town of Threet, I had enough. This game is not fun to play. At all. For reasons I try to understand, EarthBound’s fans are able to overlook the poor playability due to the game’s quirky writing. If you continue to read this review as someone who has never played Earthbound, keep this question in the back of your mind: “What’s more important to you in an RPG: story or gameplay?”

I know my answer. But, before I get to that, let’s talk about EarthBound’s story. In Japan, EarthBound is known as Mother 2. The game takes place after the events of Mother, but you can jump right into EarthBound without any knowledge of Mother. It begins in the town of Onett. After a meteorite crashes on a hill, Ness, an average kid with a not-so-average destiny, decides to investigate the crash site. He learns that an alien named Giygas has started to spread his malevolence throughout the world. In order to stop this, Ness needs to collect magical melodies in an artifact called the Sound Stone. Now, armed with some allowance money and his red cap, Ness leaves his white bread life in Onett for adventure. Truth be told, I don’t mind the story. Many RPGs of the era centered around finding a certain number of things (crystals, keys, other tchotchkes) to save the world from doom. They worked, and EarthBound is no exception. The aspect that separates EarthBound apart from its competitors is its writing. The writing is strange, quirky, and even humorous at times. As an example, there will be moments when a photographer pops out from nowhere and asks you to pose for the camera and say “fuzzy pickles.” It’s bizarre stuff like that continues from the start of the journey all the way to the end. Well, no. The end of the game takes a dark, disturbing turn. The question is whether or not you’re willing to deal with the gameplay to get to it.

EarthBound seems innocuous at first. Ness and his party move through a seamless overworld that has all of its towns, dungeons, and everything in-between connected. There are folks to chat with, hidden items to find, and a fair amount of secrets to uncover. That’s fine. What’s not fine? Everything else. Let’s start with menus. Not only are they painful to navigate, but Ness and his team have very limited inventory space. Then, there’s the way the game handles currency. Like any RPG, you earn money from defeating enemies. But, instead of scooping  up your earning from an enemy’s remains, funds will be deposited into Ness’ bank account. To make a withdrawal or deposit, you need to head to a save point and call Ness’ dad. It’s a cumbersome process. The only benefit I can see from it is that all of your money is safe when (not if) your party gets wiped out. The money Ness and his friends carries will get reduced by half upon defeat. I’ve always loathed this feature in an RPG, especially when the best upgrades are necessary in a game like EarthBound.

Combat is a chore. It starts as a chore when Ness travels by himself. It remains a chore until the very end of the game with a full party. The game doesn’t have random encounters. But, it may as well have them. Enemies will swarm your party as soon as they spot you. Since Ness’ speed is set, you can’t evade them. Why bother having enemies on the field if there’s no escaping them? What’s worse is that they can gain the upper hand if they touch your back. Ness can gain an advantage by touching an enemy’s back, but the system is set so enemies will usually head towards you upon sight. Enemies are HP sponges that ignore any semblance of a “speed” stat. The game is poorly balanced, so new enemies will always be wrecking your team until you grind up to their level. That’d be fine if EarthBound’s battles moved at a nice pace, but they don’t. Characters can attack, use items, use PSI attacks at the cost PP, or attempt to run away. Each character has their own unique ability, too. I will say that EarthBound’s combat absolutely shines when you don’t need to participate in it. Confused? In EarthBound, battles will be automatically won if an enemy is encountered that is substantially  weaker than Ness and his team. It’s a clever, handy feature that more RPGs should consider using. Unfortunately, it’s just not enough to make up for everything else. In or out of battle, EarthBound is a clunky, jumbled mess. It’s not even a matter of being spoiled by modern games. Even if I played it when it was first released in 1995, I have a feeling I’d be immediately turned off by the way EarthBound plays.

To its credit, EarthBound does have a classic look that I appreciate. Character sprites are cartoony and well-colored. The monster designs fit right into the game’s quirky setting. Cities are well structured and have a distinct personality. The downside, as expected, is in battle. Spell effects are basic; a collage of geometrical shapes or a flash of color. For example, a fire spell is represented by the screen blinking orange a few times. For a game that took such lengths to be different, one would think that the spells would have just as much creativity. The music is fine. Most of my experience with EarthBound’s music comes from the Smash Bros. series. I enjoyed hearing these tunes with their original compositions.

EarthBound is a challenging and lengthy game. It can take up to 30 hours to finish; a playtime that is substantial compared to other Super Nintendo RPGs. But, its playtime outstays its welcome. Remember that question I asked at the beginning of the review? “What’s more important to you in an RPG: story or gameplay?” My answer is gameplay. EarthBound’s few redeeming features just aren’t enough to tolerate its creative liberties. EarthBound clearly has its fans. That’s fine. I’m not one of them.

Overall, 3.5/10: EarthBound looks like it could put a spin on the classic RPG formula. It doesn’t. To quote one of its campaign advertisements, “this game stinks.”