Dawn of Mana is damming and disappointing. 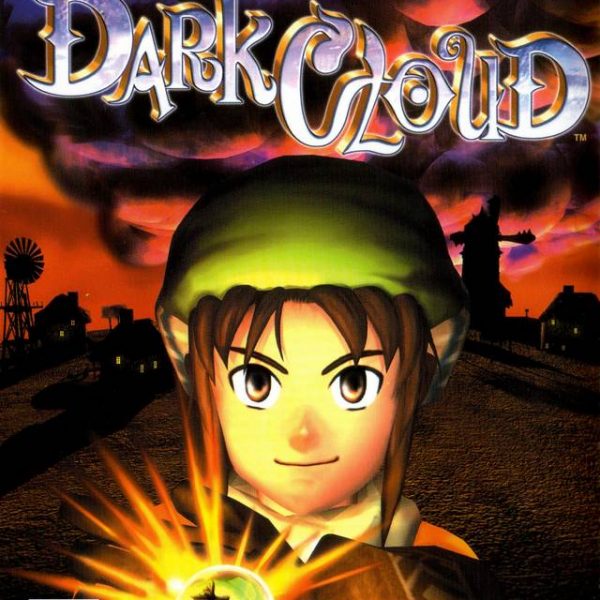 Despite getting my PlayStation 2 in 2002, there was a scarcity of RPGs for the console. Since finishing my first game for the console, Ephemeral Fantasia, I was left with only a few options. Despite some warnings from friends of mine, I took a risk with the Level 5 developed Dark Cloud. Having nothing to do with stormy weather, a doppelganger of FFVII’s protagonist or a combination of the two, Dark Cloud ends up being its own worst enemy due to silly design choices and from borrowing the wrong pieces from the right games.

I say this because Dark Cloud starts off promising. After popping the disc into your console, anyone will tell you that this is a gorgeous game. Various characters from all walks of life, beautiful scenery, intriguing monsters and impressive particle effects not only show off the power of the console, but the potential of what’s to come in future titles. I recall the moment I gained control of the character and I wasted nearly an hour of doing nothing but walking around and enjoying the scenery in the minimal town and the entry level dungeon. Seeing is believing; I cannot say enough good things about the graphics. Unfortunately, the music is not in the same boat. Typical for Level 5, the music took a back seat and is hardly noticeable. A lack of voice acting might come as a bummer to some, but I am indifferent towards it.

Aesthetics aside, other features of Dark Cloud make it look like it could be a classic. The story is basic, but it works. The same can be said about the characters. Dark Cloud takes place in the world of Terra. After an entity known as the Dark Genie ravages the lands of the Western Continent, a young boy named Toan is given the task to restore it. Actually, “ravage” isn’t entirely accurate. Sensing that some evil was afoot, the Fairy King of the west used a spell that protected the people, trees, and buildings in orbs called Alta before the genie attacked. Toan’s restoration quest involves more than just stopping the Dark Genie. He also has to find all of the missing Alta and rebuild the scattered cities. While the premise is simple, it works due to narrative taking dark turns the further you get into it. Despite looking and (not) talking like Link, Toan is a character that looks like someone who could restore the world. He’s ambitious, cheery and a natural leader. The rest of the characters that join him have their quirks, some good and some not so good. My favorite is Ruby, a genie that uses magic rings to fight and a sassy attitude to match. The characters are entertaining, but it feels like I never know anything about them. I want to know more about these denizens of the broken worlds.

My guess is that, in order to make up for a lack of character development, Level 5 wanted to create a substantial amount of stuff to do in Dark Cloud. Combining action, RPG and city building elements, the combination appears straightforward upon first glance. Toan and his crew will enter a new town, have to go through a dungeon, find missing Alta, come back to the town to restore the Alta, and then rebuild the town piece by piece. When I read about all of this, I thought it would be a unique and exciting experience. There is no doubt that it is at times, but for every one good feature Dark Cloud has, it has at least one bad feature.

Let’s first talk about the dungeons. Dark Cloud is an action RPG that is full of hack and slash game play. Despite the cast of characters being unique from one another, they either fight with melee weapons or they use ranged weapons. Toan uses a sword, Ungaga uses a staff and Goro uses a giant hammer. These three are your melee fighters, but Toan is the only one worth using unless a puzzle requires one of Goro’s or Ungaga’s special skills. Xiao, Ruby and Osmond are the three ranged fighters that use a slingshot, magic rings and laser guns, respectively. Again, other than Ruby, they can be easily ignored. In the dungeon, you only control one character at a time. While you can swap them, it would have been much more fun if you could build a party of three. Enough monsters swarm you, so why not make a full party to even the odds?

So, you’re traipsing around the dungeon and fighting monsters and you will start to notice that Dark Cloud makes you keep track of too much. First is the weapon system. Instead of a character gaining experience, Level 5 decided to have a character’s weapon gain the experience instead. Thus, the more you use a weapon, the more Absorption Points your weapon gets. The problem? Weapons break. With the exception of each character’s starting weapon, weapons will break if they get used too much. Back to you traipsing around a dungeon, you will need to keep track of that lovely weapon you have been enjoying because it could break and be gone for good. Even if you do level it up, you’ll notice you won’t have much room for adding attachments to make it more useful. Attachments allow you to deal more damage to certain enemy types, increase your HP, the works. Attachments get absorbed by the weapon upon a level up. Once a weapon reaches its maximum level, it can be turned into an attachment and used on a new weapon. It’s a very tedious system. Since your survival depends on having strong weapons, you can imagine that you will need to do a lot of entering and exiting of a dungeon if you want to survive. Weapons with durability has always been a feature I loathed in the RPG genre and Dark Cloud gives me more ammunition to make my case.

But, there’s more to Dark Cloud’s dungeon crawling that makes the fun go down. Alongside keeping track of your weapon’s durability, you need to also keep track of your health and your thirst. The health, I get. If you get hit by a monster, you take damage. Lose all of your health, and you’re back to the start of the dungeon and minus half of your money. Then, we have thirst. Thirst. Yes, thirst. When you’re thirsty in real life, you take a sip of water or tea or something along those lines and carry on with your day. If your character in Dark Cloud is thirsty, his or her health will start to fall as if they were poisoned. Never before in any video game, not just in an RPG, have I come across such a ridiculous feature. Was Level 5 trying to be realistic by saying that thirst has adverse effects on people? Take a look at Dark Cloud: nothing about is realistic. Why did they decide to include this? It’s just another feature that interrupts the action.

See, the action in Dark Cloud is pretty fun. You can create variety of combos, use items, use special moves and do so against a variety of monsters. There is always something fun to discover in the dungeons and, later in the game, you can enter through a dungeon’s “back door” to fight harder monsters and find better stuff. Also, there will be times when you will participate in a duel that requires timed button presses. These play out in a cinematic fashion and are an entertaining recess from the typical action. Unfortunately, in their effort to be unique, Level 5 decided to do things to make the journey last longer than necessary.

Outside of the dungeon, you can participate in rebuilding the town using the Georama system. As you release the people, places or objects sealed in the Alta, you’ll be able to re-shape the town to your liking. Actually, the truth is that villagers will make requests regarding how they want their house, trees, fences and other knick-knacks positioned. A meter will indicate how close you are to achieving 100% of the town’s development. You don’t have to earn 100% to proceed with the story, but doing so will net you new skills and items. Aside from that, towns are rather basic. There are shops and locals, but most of the time with Dark Cloud will be in the dungeons…

…which happens to be the place with the most amount of problems. I can overlook the minimal character development. I can overlook the humdrum music and sound. However, the weapon system and all of its nuisances and the thirst meter are things that, to me, cannot be forgiven. Level 5’s first major project shows creativity, but the creativity was used in all of the wrong ways. Like most entries from this developer, I have a very difficult time recommending Dark Cloud to fans of RPGs.