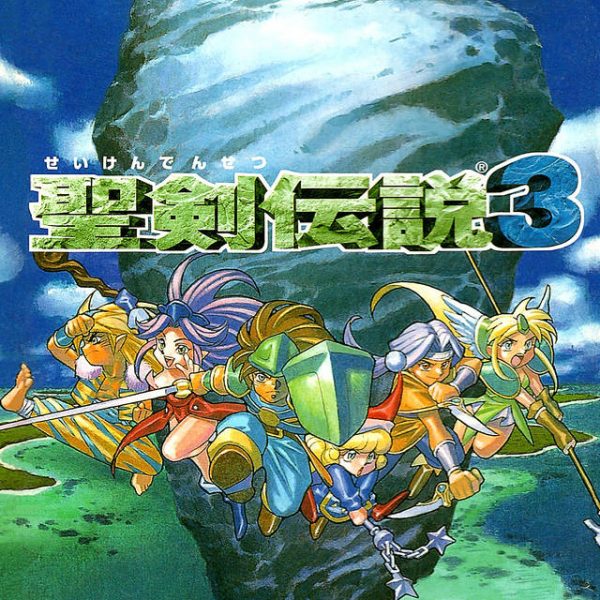 Whether you call it Seiken Densetsu 3 or Secret of Mana 2, one thing remains true: this is a classic and excellent title that should have been released state-side. While a localized version was originally in the works, fans were let down to learn that localizing would have cost far too much money. Rumors also circulated about the game paling in comparison to the newly released titles on the current systems such as the PlayStation. The worst rumor, that I unfortunately believed, was that Square selected to release Secret of Evermore instead of Secret of Mana 2. However, in this day of technology and patching, nearly everyone can play this fantastic title. Secret of Man will always have a special place in my heart, but Secret of Mana 2 is special in its own right.

However, you can jump into Secret of Mana 2 and not be lost. The story revolves around the coveted power of Mana. Since it gets used in day to day life, Mana is starting to fade. Some villainous individuals now want to revive the Mana Beasts with the remaining power in order to conquer the world. Only three heroes that you select are able stop them and restore Mana to its former glory. While the story for the most part remains unchanged, the kicker about Secret of Mana 2 is that you choose three of six characters to take on the forces of evil. Angela is a young sorceress who wants to stop her mother from abusing Mana. Duran is a young swordsman orphaned at an early age that wants to stop the empire of Koren. Hawkeye is a member of thief’s guild that gets framed for a murder. Riese, my person favorite, is an amazon warrior who is looking for her kidnapped brother. Charlotte is a cleric in training that wants to user her holy powers to save her mentor. Finally, Kevin is a member of a tribe of beastmen that wants to get revenge on his clan for making him fight his friend. The diverse cast of characters means that no to games will be exactly the same and gives you plenty of reason to try the game more than once.

As you can guess, the story has some very dark undertones that make it different from the first Secret of Mana. Game play also has some new changes. While still an action/RPG, Secret of Mana 2’s combat offers more options. Attacking an enemy slowly builds up a gauge. When full, you can unleash a special attack that does more damage than a standard attack. More of these are learned as the game advances. Characters are also able to advance in class. When characters reach level 18, they can upgrade to a “dark” or “light” class. At level 38, another class change can be performed as long as you possess certain items. This adds even more options to the replay value. The time also changes in Secret of Mana 2. Day will turn to night and each period is represented by one of the eight elemental spirits. On that spirit’s respective day, magic and specials that use that spirit will be more powerful. Other parts of Secret of Mana 2 are similar to most RPGs. There are towns, items, dungeons and treasures. There are people to talk with and hidden quests. The fun doesn’t stop in this long game and thanks to all of the options for your characters, you will always have something to do.

You will also always have something to look at. This is one of the most stunning and colorful games on the system, as well as in the RPG genre. Games that try to mimic the 2D look of yesteryear should really take a page from the aesthetics of Secret of Mana 2. Bright, vibrant environments with huge bosses, impressive magical effects and expressive sprites push the SNES to full capacity. Music composed by series regular Hiroki Kikuta adds to the excellence. Unlike Secret of Mana, this game has a more dignified sound that adds to the bleak setting of the world. That said, plenty of tracks will have you humming along.

In total, you can easily spend up to 100 hours of game time with Secret of Mana 2. This does include trying various parties/characters and training to finish some of the more tricky bosses. Of course, this game is not perfect. Choosing to start off with certain characters can leave you with a bad first impression due to some being more powerful than others. Furthermore, the right combination of characters is needed to see how certain events fully develop. That said, I highly recommend finding some way to play this spectacular title.

Overall, 8.5/10: Secret of Mana 2 is just another piece of proof that goes to show you that they don’t make games like they used to.