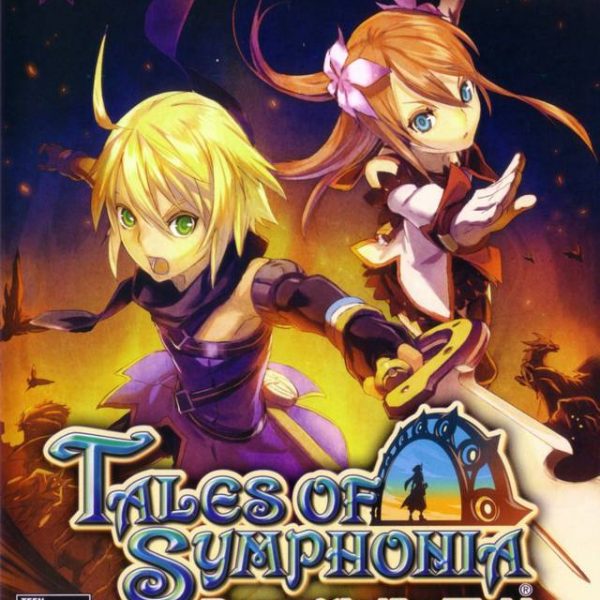 Author’s Note: This review was originally published on October 14th, 2009. Like other reviews of the time, I used “witty” taglines to separate each section. Since then, this Tales of has become one of my absolute least favorite in the series. It’s difficult for me to recommend.

In 2004, the Nintendo Game Cube received an excellent RPG by the name of Tales of Symphonia. To the casual gamers out there, this was their first bit of exposure to the long running Tales franchise. However, the elite RPG players, self-included, knew very well that there were plenty of Tales titles released prior to Symphonia. Despite the amateur’s attitudes (translation: Nintendo fanboys) and the elitists’ egos regarding the Tales series, Tales of Symphonia was a wonderful game from start to finish. Sure, it had a very predictable, cliche story, but everything else about it made the 100+ hours of game time well spent. About four years later, a sequel to Tales of Symphonia was announced for the Nintendo Wii called Tales of Symphonia: Knight of Ratatosk. Our version was called Tales of Symphonia: Dawn of the New World. Was this a sad attempt to prolong the Symphonia saga? Was this a way of attempting to compete with the excellent Tales of Vesperia for the Xbox 360? Or, was this a wonderful edition to my favorite video game series of all time?

Knights and a Nightmare.
Hopefully, Sting doesn’t get mad that I borrowed part of their title for this section’s heading. Anyway, the story. Two years after Lloyd and his friends combined the worlds of Sylvarant and Teth’alla, things have not been going as well as expected. Instead of everyone living in a peaceful existence with a new World Tree, there is a segregation between the Church of Martel who come from Teth’alla’s world of advanced technology and the Vanguard who come from Sylvarant’s world of ancient traditions. Not only that, but monsters have become far more abundant and the weather has changed drastically around the world. In the town of Palmacosta, Lloyd Irving is seen massacring people in the name of Martel! The shy and timid Emil Castangnier witnesses his parents get cut down by Lloyd’s blades and escapes to Luin to live with his aunt and uncle. Despising Lloyd for all he stands for, Emil has become an outcast in Luin. One day, Emil meets a girl named Marta Lualdi, who claims Emil is a knight of the monster master Ratatosk. With the help of the Centurion of Darkness, Tenebrae, Emil and Marta set off to free Ratatosk from his slumber and end this war in the new world.

My first thought when I started playing this was, “What the HELL is Lloyd doing?!” That, as well as other questions, will get answered during the game’s eight chapters. However, the end result was an overall disappointment. (Actually the ending took a page from Tales of the Abyss with the way it played out.) Remember, Tales of Symphonia is the prequel to Tales of Phantasia. You would think that the sequel to Symphonia would set the stage for Phantasia, but it does nothing of the sort. I felt that the story was a bit contrived; an attempt to extend the Symphonia franchise and milk it for all it’s worth. Heck, nowhere in the game’s progenitor do they mention a thing about the Centurions, Ratatosk, a boy named Emil, or a girl named Marta. While fans of the first game will be happy to know that all of the characters from the previous tale play a major role, they will be equally upset to hear that they come and go as they please. Usually, you are left with Emil and Marta. The chemistry that develops between these two is cute, but it feels forced, much like the story. What gets revealed to you about Emil and Marta is interesting at times, but it’s missing the charm seen from most Tales characters.

An Old Look at a New World.
I’d be preaching to the choir if I were to say that the Wii is inferior in terms of graphics when compared to the PS3 and the 360, but it’s the truth. Tales of Symphonia: Dawn of the New World has graphics that look like they belong on a later PS2 game. They’re not bad, but they could be better, especially when compared to the gorgeous style of Tales of Vesperia. The textures for the polygons look a bit blocky during the many cut-scenes. Furthermore, the animation during these scenes leaves a bit to be desired due to their…slowly animated nature. Half of the time, you’ll be tempted to skip them and move on. Luckily, the opening (and only) animation was gorgeous and seeing your favorite characters in battle looks great. Emil and Marta’s fighting styles are unique, which adds a bit of variety to the classic Tales battle system. Speaking of which…

PokeMonstrosity.
The usual Tales real-time battle system is back. You can control any of the human characters, but the default is set to Emil. He fights in a manner similar to most Tales sword-wielders, so those who have experience with the franchise will feel right at home. When you run into an enemy, the typical stuff happens. Your goal is to perform high numbered combos with basic attacks, base artes, and arcane artes. Some characters use magic. Usually, the battles are fun and fast, but in this Tale, there are a few new things to point out. The first is the Unison gauge, that makes a different return from the original. As you take and give damage it fills up, and it allows you to use a powerful attack on one enemy with the push of a button. It also allows you to use Mystic Artes after certain conditions are met. The next new feature is the elemental grid. As elemental attacks are used, the grid fills up. If you have enough slots filled with the same element, there is an opportunity for a monster to join you after the battle ends.

Tales of Symphonia: Dawn of the New World features a monster collecting system. After you catch a beast, they will fight alongside you. You can feed them to increase their stats, and eventually they will evolve into a more powerful form. To my surprise, there was a decent amount of depth with the monster gathering. Despite all it offers, Emil and Marta were quite capable by themselves. Unless you are playing on the harder difficulties, the monster system is nothing to bother with. Couple that with the fact that you are usually traveling with another human, and you are set most of the time. Not to mention, monsters cannot use items. That means that if both Emil and Marta get KO’d, then it’s game over. This actually happened to me once. However, this title featured an average level difficulty. If things got too difficult, I’d include an over powered monster in my party or level grind for a bit. Overall, the battles were fun. The AI did have a few stupidity issues, and certain battles played out in the most ridiculous manner. I remember one time when all of the enemies went after Emil. Come on, are you for real? That has never happened to me before in any Tales title.

Besides battling, there are a few things to do while progressing the story. You can shop for new equipment, as well as use raw materials to synthesize things. You can hunt down the wonder chef, go on side missions to earn extra items, participate in a battle arena, and manage your monsters. Instead of world map exploration, you just point and click where you would like to go. Finally, there are a few mini-games that utilize the Wii-mote features. Typical stuff.

Back to the Tracks.
With the exception of a few battle tracks, the sound track for Tales of Symphonia: Dawn of the New World come directly from the original. Some got a few instrumental upgrades, but the OST is all too familiar. This is not necessarily a bad thing because there were some damn fine tunes in the first game, and they sound good now. I just wish there was a bit more originality. They had an all new OST for Tales of Destiny 2, so what gives with this? The voice acting was good for the most part. Certain actors made a return, while others are nowhere to be seen. The biggest disappointment came with Lloyd no longer being voiced by Scott Menville. Despite this fact, the audio department got the job done.

Swan Dawn Song.
Tales of Symphonia: Dawn of the New World will last you about 30 to 40 hours, and that does include most of the side-quests. Luckily, this length was perfect because I was ready for the game to be over by the time I reached the final chapter. When you finish the game, you will get one of three endings. The GRADE shop makes a return, and you can use the GRADE from battles for your new game. However, I doubt I will go back for more. Sure, the game had fun battles and seeing my favorite characters from Tales of Symphonia was endearing, but this sequel was missing the magic of the original, as well as the magic of a Tales title. Still, I recommend fans of the original to at least give it a bit of a chance. It may not deliver with the same gusto, but it will still provide a decent RPG experience.